The World's Best Internet Banks Round 1

In the first of a two-part series, Global Finance identifies the best online corporate and consumer banks. 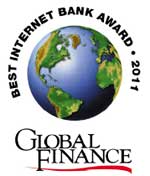 Internet banking is no longer just an alternative channel. In the first of a two-part series, Global Finance identifies the best online corporate and consumer banks by country and regionally by product or service category.

To say that banks have their hands full these days is an understatement. Stubbornly slow economies in the developed world, inflation problems in fast-growing emerging markets, sovereign debt crises, more intense regulations, and lingering problems from the financial crisis of 2008 are enough to keep any banker awake at night.

Still, amid all that tumult, select banks around the globe have advanced their online product and service offerings to keep up with a rapidly evolving Internet, even as some analysts say the banking industry as a whole has not kept pace.

As it does annually, Global Finance is again spotlighting the leading banks that are innovating and succeeding online. Round one addresses the best online corporate and consumer banks by country, and regionally by product or service category.

Winners were chosen from among submissions received in our Call for Entries—which closed in May, 2011—and were evaluated by a world-class panel of judges at Infosys, with final input from Global Finance.

This year we added new categories to the rankings, including Best in Social Media—which incorporated some interesting new names into the winner’s list. 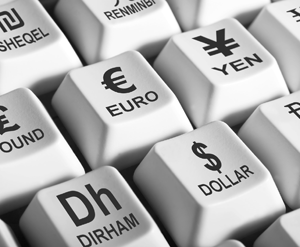 These banks and other winners are leading the way on electronic payments, mobile banking, and social media. Madan Mohan, strategic business unit head of banking at Infosys, says: “Online banking is redefining the banking industry.”

“Many institutions are investing significantly in self-service solutions and integrating their product suites with mobility and social media,” Mohan adds.

They are providing interactive, easy-to-use online services and transaction processing, and integrated banking services for easy implementation across platforms and markets. “User experience is a key differentiator,” says Mohan.

“For the corporate channel, banks are providing a single platform with intuitive navigation, streamlining and standardizing implementation and activation, and there is a clear focus on mobile functionality,” says Mohan. “On the consumer side, mobile banking, advanced alerts, and differentiated personal financial management tools are key trends.”

This is hard work, and simultaneously presents banks with immense challenges and exhilarating opportunities.

“Online banking isn’t an alternative channel any more. It’s a mainstream channel. This channel, however, requires a lot of attention,” Jacob Jegher, senior analyst at consultancy Celent, wrote in a report earlier this year.

Here is a very brief look at some of the winning banks and the online banking services that won plaudits from our judging panel as well as the attention of industry analysts.

Citi, which has about 200 million customers and does business in over 160 countries, won numerous country awards and regional sub-categories such as Best in Mobile Banking or Best in Social Media, in every region of the world, including Asia.

In a move to beef up its mobile offerings, Citi just launched its first consumer-banking app designed specifically for the iPad in the US market.

The bank contends it’s the first app from a major US bank to depart from traditional ledger-style banking and offer graphs and visual representations of consumer accounts and transactions.

Celent says one of the main features of the service is its InfoAlerts system that sends messages to clients’ mobile devices, alerting them about account overdrafts, low account balances, deposits, or fraud.

By offering customers convenience and allowing them to service themselves, Scotiabank’s mobile banking service helped it cut costs, boost revenue, and strategically keep up with global trends, according to Celent.

These include the online savings account tool “My Savings Plan,” the money management tool “My Spending Report with Budget Watch,” and Wells’ ATM Cash Tracker initiative, which provides a Web-like experience at the ATM screen.

Stay tuned for the second round of the World’s Best Internet Banks Awards, when we unveil the global winners—by product or service category as well as overall winners. 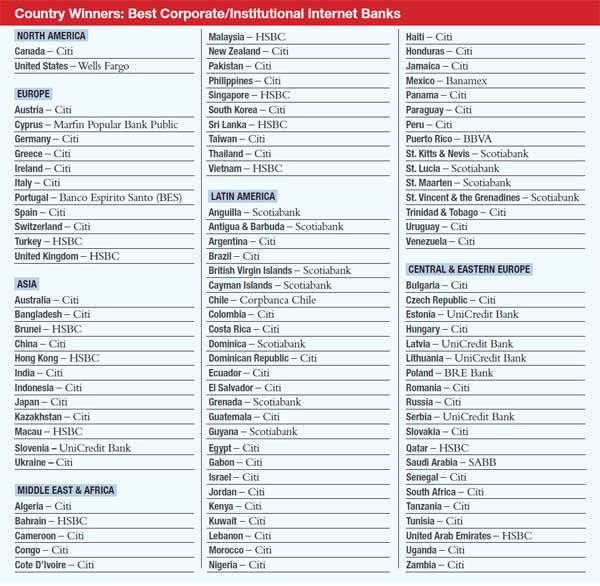 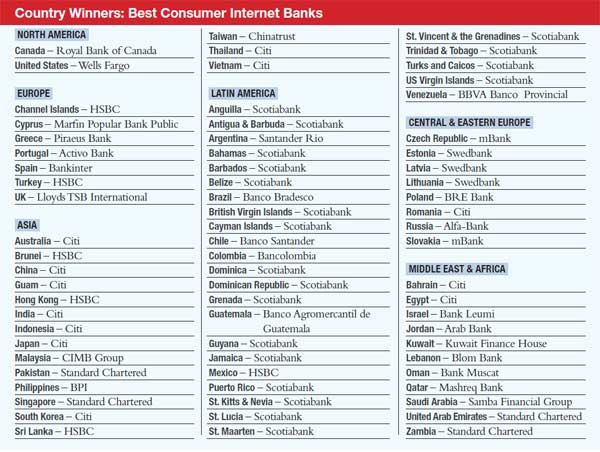 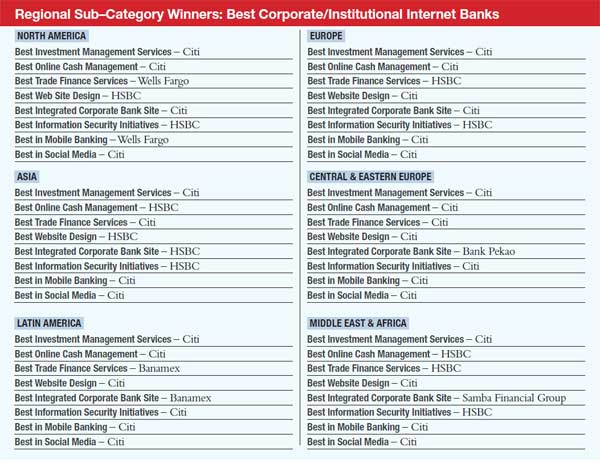 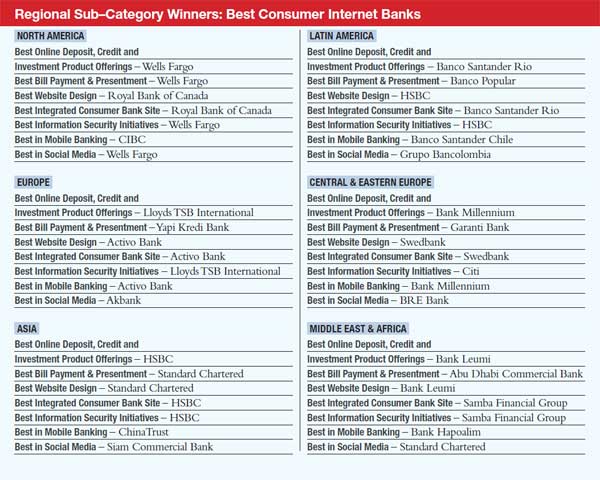