DEMAND WHERE WILL IT COME FROM?

The worldwide call for public, private and corporate debt reduction raises the question of where spending and demand will come from going forward. Particularly now, as emerging markets stars—such as China and Brazil—are starting to see growth slow. 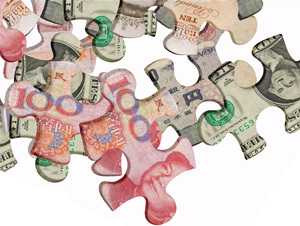 With many of the world’s largest economies—including the UK and almost all of Europe—focused on reducing budget deficits and lowering government debt, a massive experiment is under way. To be sure, countries have successfully deleveraged before, but never against a backdrop of such macroeconomic instability and never at a time when many other countries were attempting to achieve the same goal. That goal: to kickstart global demand and thus stimulate global economic growth. The outcome of this grand experiment is as yet unclear. If unsuccessful, the question is where demand will come from to prop up the ailing global economy.

Even some proponents of deleveraging efforts now concede they are risky. Some economists say that by reducing government debt and involvement in the economy, capacity—and investment capital—will be freed up and private sector demand will increase, boosting growth. However, those on the other side of the debate say that measures to reduce government debt will instead reduce aggregate demand and choke the economy to death. As a result, tax income could fall further, and a spiral could begin that ends in economic collapse. Skeptics say the odds of a favorable outcome from austerity measures are long. And pessimists claim even fast-growing emerging markets cannot grow aggregate demand sufficiently to counterbalance shrinking demand elsewhere.

But trying to assess the impact of deleveraging may be putting the cart before the horse. According to some analysts, it is not clear that countries are actually reducing debt much at all. “The reality is that deleveraging in most advanced economies is just rhetoric at the moment,” says Richard Duncan, author of The New Depression: The Breakdown of the Paper Money Economy . “The UK’s budget deficit, for example, has averaged 10% of GDP in recent years. UK government debt has risen from 38% of GDP in 2007 to an estimated 84% at the end of this year.” Duncan cites IMF figures on deficit and debt. As a comparison, US government debt is slightly more than 100% of GDP.

"Emerging markets can buy assets, especially in Europe. This trend will accelerate as assets in Europe become cheaper still"

William De Vijlder, CIO, strategy and partners, at BNP Paribas Investment Partners, explains that even where massive efforts have been made, these have yielded results only on a cyclically adjusted basis because automatic stabilizers, such as unemployment benefits and lower tax revenues, have come into effect—limiting the progress in deficit reduction. “Huge adjustments remain if government debt is to actually be reduced,” he says.

However, although government debt may not be falling as a proportion of GDP—and has risen sharply in countries with collapsing economies, such as Greece—the impact of efforts to reduce government spending is real enough, says Andrew Kenningham, senior global economist at Capital Economics. “The fiscal contraction in many developed economies is pronounced and is exerting a drag on the global economy, which began in 2011 and is continuing this year and next,” Kenningham says.

IMF figures show that on a cyclically adjusted basis, the G20 group of countries will experience a fiscal contraction of around 0.5% of GDP this year relative to 2011, with a similar contraction expected in 2013. “Clearly, that will affect global growth,” says Kenningham. “Our forecast is for 3% global growth in 2012, compared to nearly 4% in 2011. During the early stages of recovery in 2010 there were several quarters of 5%-6% growth—which is what would usually be expected after a recession.”

Much of the fiscal contraction to date has occurred in Europe. However, the focus is set to switch to the US and its so-called fiscal cliff—the almost $600 billion of tax increases and spending cuts that automatically take effect in 2013 unless politicians agree on an alternative.

Tai Hui, head of regional research, Asia, at Standard Chartered, says that the worst-case scenario for the country’s fiscal cliff is a reduction in GDP growth of 3.4 to 4 percentage points. “That would clearly tip the US into recession in 2013, given its current 2% growth rate,” he says. “However, it is likely that some compromise between Republicans and Democrats can be reached at the 11th hour, and the problem will be postponed.”

Although some compromise may be possible, Jerome Booth, head of research for emerging markets investment management firm Ashmore Group, says there’s no clear way to negotiate the fiscal cliff. “It’s unrealistic to expect a fiscal stimulus amounting to 5% of GDP, and if the best that can be done is 1% and the multipliers [the level of expansion attributable to additional spending (see sidebar)] are low, then they shouldn’t bother. Deleveraging will be unpleasant for the US: Growth of 1.5%-2% is the best that can be hoped for over at least [the next] five years.”

Duncan says that the US’s contribution to global demand will remain relatively stable. “When Japan began its crisis 22 years ago, government debt-to-GDP was 60%; now it is 240% following successive budget deficits to stimulate growth. That’s the model we’re following,” he notes. Duncan believes the long-term consequences of this policy will be ruinous: “The US will go on for years until it resembles Greece; and when it collapses, it will take the global economy with it.”

Duncan’s views on deficit reduction as a means of economic stimulus—and the relative impact of recession spending on growth—are far from universally held. However, there does seem to be a consensus among economists and that US growth in the next few years will not rise as meteorically as it did after previous crises—and thus the US will not drive demand growth in any meaningful way.

Few issues cause such disharmony among economists and investors as the relative importance to the global economy—and independence from developed markets—of emerging markets and their capacity to offset weakness in aggregate demand in developed economies.

Some observers maintain that emerging markets have grown only because of demand from developed markets. “Emerging markets cannot offset falls in demand in the developed world to any extent,” says Duncan. “They grow only because of exports to the US and Europe.” China’s trade surplus with the US in 2011 was $200 billion, according to the Chinese General Administration of Customs. “It is that trade surplus that has transformed China.”

Standard Chartered’s Hui agrees that many emerging markets countries—such as China and Indonesia—are much less exposed to export markets than in the past. “Even in Malaysia and Thailand domestic consumption is becoming more supportive of growth,” he notes. “But without sizable exports their economic expansion might be limited to mid-single-digit growth.”

Mobius also notes that many emerging markets corporate treasuries and central banks have an “enormous pile of foreign reserves.” He adds: “Combined with lower debt-to-GDP ratios than the advanced economies, emerging markets can buy assets, especially in Europe. This trend will accelerate as assets in Europe become cheaper still.”

THE WRONG SORT OF DEMAND

Emerging markets are undoubtedly a potent force in the global economy—Hui notes that they have contributed around two-thirds of global growth in the post-crisis period. Moreover, some—most obviously China—have the flexibility to boost demand (India’s high deficit and inflation limit its room for maneuver). “China has already begun to cut rates but still has scope for monetary stimulus,” says Hui. “It also has the fiscal firepower required to increase spending.”

However, many observers believe the structure of emerging markets economies—especially China—make it impossible to generate sufficient demand to offset declines in the advanced economies. “China can’t make up the difference in demand caused by a weak US and Europe,” explains Capital Economics’ Kenningham. “Chinese consumption remains very low and is not responsive to stimulus measures.” Duncan notes that Chinese consumption has actually fallen as the government has directed funds toward investment.

As Templeton’s Mobius notes, China is aware of this problem, and its current five-year plan is designed to shift the economy from an export focus to a domestic one. “However, to get consumers to shop you have to give them confidence by providing them with pensions and schooling,” he says. Hui adds: “High levels of saving—to pay for healthcare and education, for example—are a barrier to increased consumption.”

To make matters worse, parts of the Chinese economy that are globally important—such as investment—face a looming crisis, says Duncan. “China responded to the 2008 crisis by encouraging huge loan growth—60% in two years. Defaults are rising. The huge export capacity that was created by this credit bubble can’t be bought by the US, and the Chinese are not rich enough to buy it themselves. The result will be sharply lower investment.”

THE RIGHT KIND OF SPENDING: THE MULTIPLIER EFFECT

The key to understanding the impact of government spending on the economy and aggregate demand is the multiplier effect, which measures the impact of increased spending on national income. “Reducing government expenditure may hurt but, equally, spending doesn’t necessarily produce growth,” explains Jerome Booth, head of research for the Ashmore Group. “It depends on the design of programs and whether expenditure has a high multiplier, which is good, or a low multiplier, which is bad and can be cut without harm.” Thus, spending on programs with the right fiscal multipliers can produce growth—even with an element of austerity aimed at low-multiplier programs.

The multiplier effect is much lower in what Booth calls “heavily indebted developed countries” (HIDCs) than in emerging markets because the types of spending undertaken in emerging markets, such as infrastructure projects, produce greater gains than measures undertaken in developed countries. “Investment in infrastructure in emerging markets that have adequate institutions and the right approach to manage it can absorb trillions of dollars in a noninflationary way and enable millions of entrepreneurs to reach markets. It is the only viable solution to generate aggregate demand sufficient to replace that which will be lost in the HIDCs,” says Booth.

THE ECONOMICS OF DEMAND

Proponents of deficit reduction economic theory believe that, by reducing the role of government in the economy, deleveraging and austerity free up capacity—and investment capital—for the private sector. This view has been enthusiastically embraced by some governments and policymakers in Europe—most especially, the UK and Germany.

However, an increasing number of policymakers are moving away from belief in this model, and toward a neoclassical, or Keynesian, model—wherein increased government spending and targeted economic intervention is used to kick-start growth during a downturn, and is (or should be) followed by targeted deficit reduction during economic booms.

But, naturally, it is not that simple. “Every economy has four parts: consumption (representing 70% of GDP in the US); business investment (16%); net trade (exports minus imports: -4%); and government spending (20%),” explains Richard Duncan, investment strategist and author.

Historically—when the world used the gold standard, for example—interest rates were directly linked to the amount borrowed by governments: If government borrowing fell, rates fell and investment increased.

Nowadays, however, that linkage is broken, and most central banks directly influence monetary policy to affect rates. “Governments simply print money to fund spending while other factors ensure rates remain low,” says Duncan. Instead, he says, if government spending is cut, unemployment will increase and consumption will fall. “The economy will suffer,” he adds. “It’s not conceivable or logical that investment should automatically increase as government spending falls: In fact the opposite is true.”

“History and theory shows us that… lower interest rates boost spending,” says William De Vijlder, CIO, strategy and partners, at BNP Paribas Investment Partners. “However, many of the usual channels of increased spending are unavailable because of weakness in housing markets, for example. We should not expect the boost to morale caused by a fall in uncertainty to save us.”