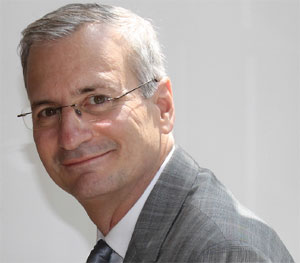 Microfinancing and microfinance institutions (MFIs) are seen as critical tools for empowering the unbanked and the poor and delivering a range of traditional financial services—from banking to loans and insurance. Large financial institutions have mostly chosen to get involved with microfinancing through grant-making and foundations. Citi has been a notable exception.

Global Finance: Why does a bank such as Citi get directly involved in microfinancing?

Robert Annibale: Citi’s Foundation has had a long history of focusing on financial inclusion. One outcome has been Citi’s interest in microfinancing as a tool. We witnessed the emergence of microfinancing institutions that were interested in reaching scale, working with new models, reaching new populations. Many of these MFIs were going deeper and more creatively into their markets than traditional banking institutions. As these MFIs were growing, they had to cope with issues of foreign currency fluctuations; they had to access their domestic market for funding, technology and infrastructure. They took on the characteristics of trying to be a sustainable, scalable financial institution. We had expertise that took us far into the markets. But they had the last-mile expertise [reaching the unbanked]. We felt we could help them as [our] clients and also benefit by understanding the needs and behavior of these markets.

GF: How are you helping them?

Annibale: We began working with groups such as Overseas Private Investment Corporation who also were interested in getting capital into these areas, to make loans to these organizations. We would provide the capital, OPIC would risk-participate. Together, we did about $340 million in financing together in 21 countries for 38 institutions. It is interesting how small these funds were. Their loans, on average, were $300 to $400, and we reached almost a million borrowers. We are taking the microfinance institutions to their local markets for funding. We have done bond issues for them, syndications, and in Bangladesh with [nongovernmental organizations] BRAC and USHA and [MFI] Grameen we have also done receivables securitization. That allowed them to raise the funds they needed, and the local banks were the buyers of the securities. The microfinance firms were covering—through BRAC and the others—borrowers they could normally not cover. In the process of working with microfinance institutions we recognized the need to work with other institutions that also reach into these unbanked, underbanked communities. We are working with corporations that do business locally—agribusinesses, for example, who buy from small producers; companies that are distributing all over the country, especially in rural areas. The reality is that many corporations reach deeper into these communities than anybody else.

GF: Are you trying to reduce the cost of delivering financial services while also building a new customer base?

Annibale: It is very expensive to process $200 loans, no matter where you are in the world. Especially if you have to make disbursements of $200 in cash. So one challenge is to reduce cost—a challenge not just for MFIs but also for governments. All of them are now saying ‘we want to make payments at this granular level.’ And then, we look at what we can do at the end of that transaction to engage them on an ongoing basis.

GF: In the process of creating new markets, how are you addressing the growing numbers within the US that are now outside of the financial system? Is there a schism between technology and markets?

Annibale: We are working a lot on credit-building and rebuilding. This is a very data-driven environment, and without a financial identity you often end up paying more for services. The cost of being outside the system is high. Technology is helping bridge the gap. Ironically, the technology we have developed for emerging markets is now even more applicable in developed markets [given the rise in unbanked people].