Cambodia’s prime minster Hun Sen and his Cambodian Peoples’ Party will remain in power, following a closely contested and controversial election on July 28. According to preliminary results, the CPP won 68 of 123 seats in the country’s National Assembly, with the opposing Cambodian National Rescue Party (CNRP) winning the remaining 55 seats.

The victory will extend Hun Sen’s 28-year reign, already one of the longest among national leaders worldwide. 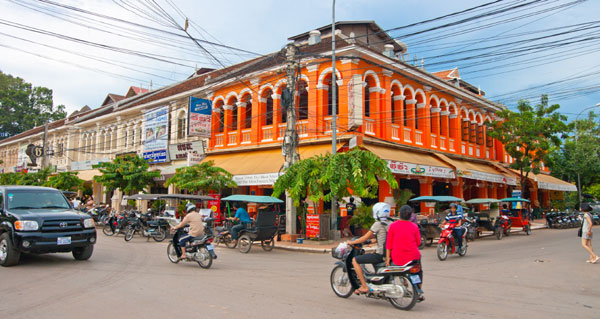 The opposing CNRP made significant gains, however, and the CPP lost the two-thirds majority needed to change the country’s constitution. The CNRP’s relative success stemmed largely from support among young voters, most of whom were not alive when Hun Sen led rebels against the Khmer Rouge in the late 1970s. Social media allowed these young voters to circumnavigate the ruling party’s press controls and campaign for the CNRP online. More than half of Cambodia’s population is under 25 years of age.

The CNRP’s gains come in spite of strong economic growth, with the IMF expecting Cambodia’s economy to grow by 6.7% this year and 7.2% in 2014. The economic development has disproportionately benefited well-connected citizens, however, and issues of land ownership and forced evictions factored into the election. Transparency International ranked Cambodia 157 out of 176 countries on its annual corruption index ranking last year.

Transparency International also sent election observers and publicly cited multiple instances of voting irregularities. The CNRP has called for an independent investigation, while Hun Sen has pledged to move forward with government business. According to the constitution, the parliament needs 120 members present to open a new session, and thus, the CNRP could prevent the opening with a boycott. Hun Sen has challenged this rule, saying only a simple majority is needed to pass laws.

Even if Hun Sen is successful, however, the strong showing of the CNRP, especially among young voters, has altered Cambodia’s political dynamics. The relatively peaceful aftermath also serves as a sign of progress, according to Silas Everett, country representative for the Asia Foundation. He explains: “So far, the current political impasse is being dealt with peacefully, which is a much-welcomed sign for many Cambodians for not only their peace of mind but for the maturation of their political system.”