IN THE DRIVER’S SEAT

Companies taking a best-practice approach to AP and AR management are seeing big cost savings and much-improved cycle times. But revamping processes is no mean feat.

Like other former back-office financial processes, accounts payable and accounts receivable have come to the fore in recent years to take a place of prominence within the broader scope of supply chain and working capital management. That’s because accounts payable (AP) and accounts receivable (AR) are critical parts of the bigger financial picture, when it comes to understanding and improving working capital and improving relationships with suppliers. 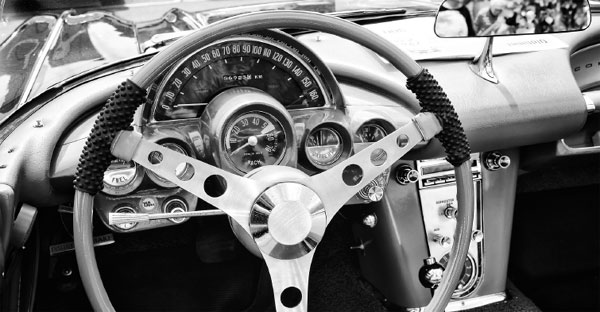 Knowing who is paid, how often, and through what method allows companies to see just where cost savings can be realized. Receivables can often be streamlined as well, which has a more direct impact on cash flow. For this reason, AP and AR personnel have become strategic partners with the whole finance organization, says Nicole Tranchitella, managing director, finance and enterprise performance consulting at Accenture.

“You have to be able to manage cash flow to make sure that you are receiving the cash you deserve for the products that you sold, or that you’re paying your vendors when you should be paying them and taking advantage of discounts when it makes sense,” Tranchitella says.

“Having that visibility is critical for a finance organization. It’s almost the bare minimum. It’s not just closing the books anymore. You have to be able to help your company manage that activity.”

Best practices in accounts payable and accounts receivable, for many companies, involves first taking a close look at the books, to understand, often through benchmarking, how much time and money is being spent on inefficient processes and technologies.

AP is the area usually scrutinized first, says Martin Runow, managing director and head of cash management corporates, Americas region, at Deutsche Bank, because payers hold the purse strings. “It’s in the company’s control. It may not be as much as they wish, but conceptually, they’re in control.”

Some companies, even larger ones, fall into a “laggard” camp when it comes to AP efficiency, according to benchmarking studies. Companies that have been slow to adopt new systems and that still deal mostly with paper and spreadsheets tend to take a longer time to pay invoices—and spend more time and money doing so, according to research from Aberdeen Group.

Some companies take more than 16 days to process an invoice, from receipt to approval, and spend more than $16 to do so, Aberdeen Group found, analyzing a survey of 180 companies that was conducted in the spring of last year.

Best-in-class companies, conversely, take one-fourth of that time (about four days) and spend just $3.34 to process an invoice.

“The cost becomes pretty substantial over time,” says Ankita Tyagi, research analyst at Aberdeen Group. “Gradually people are catching on that there are efficiencies to be realized in this area, to realize savings.”

Best-in-class practice in AP involves improving automation and reducing the amount of errors—and work. How to do this? Remove human involvement as much as possible, says John Mulhall, partner in the Advisory group at consultancy KPMG.

“A straight-through process, untouched by human hands, is the nirvana,” he says.

Ideally, all invoices should be submitted in standard electronic format, such as electronic data interchange (EDI). Then, software systems can read the data, keep track for you and flag any issues or problems that may be present—for example, when an invoice doesn’t match a purchase order.

Many companies, especially large ones, tend to use a centralized enterprise resource planning (ERP) system, like SAP or Oracle, and integrate it with an accounts payable module to achieve the best results, according to Aberdeen Group’s findings. Those companies that achieve faster processing and lower cost are 71% more likely to have accounts-payable processing systems embedded in their ERP software, Aberdeen reported.

Honeywell International, for example, though they still process many paper invoices around the world, achieved improvements in accounts-payable cycle times by using a module, provided by Dolphin Enterprise Solutions, that works with SAP. Since rolling out the module, which processes all kinds of invoices and allows for one place to do so, the $37 billion company has improved invoice cycle time across many businesses, Carol Lietzau, ACS project manager at Honeywell International, said in a recent webcast.

In the area of accounts receivable, where efficiencies translate more dramatically to the bottom line, the challenges are greater, but so are the rewards.

Two major challenges for corporations are cash applications—where payments and invoices are matched—and deductions—in which there may be agreed-on discounts with a purchaser (or decisions to accept less than the invoiced amount, subject to materiality thresholds). For the latter, such decisions may normally be made on a case-by-case basis, which can involve a great deal of time and effort, especially with various forms of payment and communication. It can be a challenge to automate this process.

But with cash applications, banks and ERP solution providers offer tools, such as lockbox or virtual accounts, that help digitize paper, electronically match payment and invoice, and get the time-intensive and error-prone manual labor out of the picture. That all helps get cash in faster, and into the working capital coffers sooner.

One thing to keep in mind is having a sense of control, says Runow of Deutsche Bank, even though with receivables it often feels that the ball is in the payees’ court. “Take control of the data,” Runow says. “It’s not the client paying you, it’s you initiating the collection.”

Satisfaction with improvements in AP and AR efficiency has been steadily rising, according to a study conducted by Accenture. More than three-quarters (77%) of over 500 financial executives polled said they were very satisfied in 2011, a jump of six percentage points from 71% in 2008, according to the consultancy’s High Performance Finance Study.

There is still room for improvement and for accounts payable and receivable to further demonstrate their worth and relevance, says Nancy Atkinson, senior analyst at consultancy Aite Group.

“We’re very close to a point where there will be an intersection of technology available from banks or other third parties and the corporation’s ability and demand for a more strategic look at their financial management and working capital management,” Atkinson says. “Companies will be able to be far more strategic in the way they go about managing their capital, and this will allow those who do it really well to excel.”