Uganda’s success is tied to stable government, but some key economic features are lacking.

Mauritius is hoping to parlay its record as a wealth haven and FDI magnet into a new, knowledge-based economy and financial hub for Sub-Saharan Africa.

Africa may be underbanked but fintechs are changing that.

Indebted African nations are turning to an unexpected source for funds.

Sector and geographical diversity in our ranking are on the rise, as oil and gas keep a low profile and big sub-Saharan economies stall.

A new tariff-reduction deal aims to knit Africa together economically. But with infrastructure and productivity deficits, is the continent ready to take advantage of it?

Chinese finance is stepping up in Africa. While other powers worry about Beijing’s growing influence, it’s hard for cash-strapped governments to say no.

A free trade pact, new infrastructure investment, and diaspora bonds are some of the ingredients in Africa’s recipe for economic expansion. 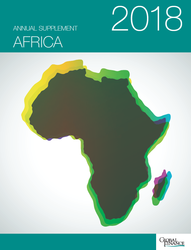 The African continent contains some of the fastest growing economies in the world. Collectively, growth in Sub-Saharan Africa alone is projected to climb to an average 3.6% in 2019–20, up from 3.1% in 2018, according to the World Bank. Yet it is also home to many of the poorest countries, with the lowest GDP per capita. With its fast-growing population, rapid urbanization, and expanding middle class, the potential for further economic growth in Africa is enormous. But there remain many barriers to realizing anything near the continent’s full potential.

Railway development in Africa as a path to economic growth is attracting capital and government support.

Forget remittances. The best new tool for funding Africa may be bonds marketed to African expats.

GE Africa has a new CEO.

Côte d’Ivoire offers much to foreign investors, and government administrators are getting used to what is involved. 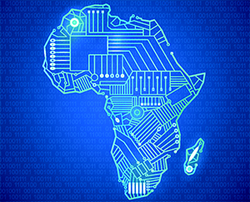 From animal-tracking innovations to agritech solutions, Africa is flexing its tech-savvy muscle—and doing it all via mobile.

Out with the old, in with the new? Not quite, as the region’s incumbent banks are stepping up to the challenge presented by a spate of new, digital-only entrants that have no legacy system costs.