Shanghai FTZ: Getting Into the Zone 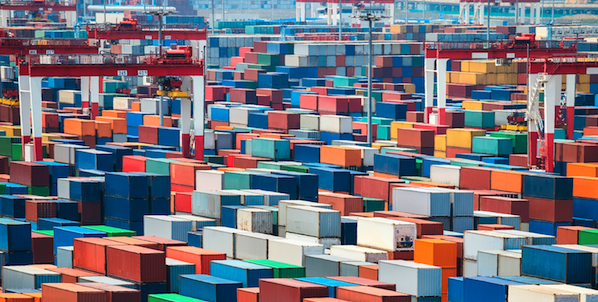 Shanghai's pilot free trade zone, initiated last September, is about 11 square miles and covers four existing special trade zones in the city's Pudong district, including one near the Pudong airport.

But it is less a physical territory than a proving ground for an idea—that easing of controls over the renminbi and liberalization of interest rates can be introduced in a discrete area, evaluated and then rolled out to other parts of the country. Before its implementation, the idea was touted as revolutionary, and expectations were high.

Inevitably, a feeling of letdown set in, as officials proved vague on the details and timing. But pressure is being brought to bear on the government from various sources, including People's Bank of China governor Zhou Xiaochuan, who toured the FTZ on April 10 and urged his Shanghai office to step on the gas in writing detailed guidelines to promised financial reforms.

Meanwhile, big steps already have been taken in an unheralded corner: corporate treasury. In December 2013, the PBOC published financial policy guidelines under which companies established in the FTZ can conduct centralized payments and collections between associated onshore and offshore entities.

The guidance was followed up with speedy action by two global banks operating in the FTZ—Citibank and HSBC, both of which recognized the potential to deliver value to multinational clients—who have long been frustrated with managing cash in China.

The bank worked with Roche to introduce a renminbi netting structure that Citi says in the world's first. According to Citi, Roche will be able to use its Shanghai FTZ entity to consolidate all renminbi cross-border transactions from domestic participating companies and settle on a net basis with the company's offshore treasury center.

These new treasury capabilities, "literally open a new avenue to capital. This changes the game," says Amol Gupte, head of Treasury and Trade Solutions for the Asia-Pacific region at Citi.

At about the same time, HSBC announced a pilot project with France-based construction firm Saint-Gobain to introduce renminbi cross-border payments and collections. The pilot will benefit clients by "simplifying payment processes, reducing the number of transactions and unlocking additional liquidity. It therefore helps improve the efficiency of funding management and settlement, reducing funding cost and foreign exchange risk," the bank noted in a statement.

Kee Joo Wong, head of global payments and cash management at HSBC China, adds: "We will continue to advance our efforts in supporting our customers' business growth under the prevailing regulatory framework within the zone."

Neither effort can yet be classed as an innovation—the catchword for promoters of the Shanghai FTZ. They are simply allowing multinationals to apply the same sort of treasury services in China that they have built in major markets elsewhere.

But the promise is immense—realizing a long-held dream to connect the capabilities of global platforms to evolving—and fast improving—systems within China.

"Companies have been investing in global platforms for many years," says Gupte. "Simultaneously, we've been working for years developing solutions with large local banks. Now we will be able to weave together global and local capabilities in an opening market."