The strong growth in digital payment transactions highlighted in the recently released World Payments Report 2016 from management consultant Capgemini and banking group BNP Paribas is good news, but it’s more than that. This growth, particularly in the emerging markets, ... 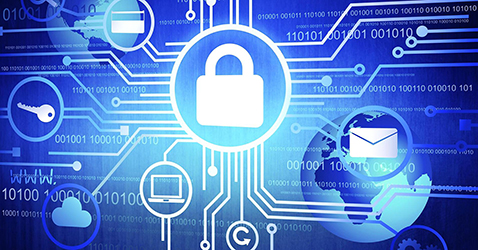 The strong growth in digital payment transactions highlighted in the recently released World Payments Report 2016 from management consultant Capgemini and banking group BNP Paribas is good news, but it’s more than that. This growth, particularly in the emerging markets, also represents an opportunity to redefine the relationship between banks and fintech companies “to reduce time to market in delivering differentiating digital transaction experiences” as a result of collaboration and investments. This is one of the main conclusions of the 2016 report.

Digital cards are still the fastest-growing instrument since 2010, while cash payments are decreasing. Coming over the horizon, “immediate payments”—funds available in real time with instant confirmation to payer and payee, as with Uber—are a new opportunity that is challenging other forms of payments. The potential is substantial, but achieving significant growth will require upgrading the infrastructure of merchants and corporates as well as further education of all parties.

Looking at the latest figures, year-on-year growth in the volume of digital payments is expected to be 10% in 2015, which would represent the largest increase on record and tops the 8.9% year-on-year growth in 2014. In developing countries the growth is of 16.7% over the previous years, versus the 6% of the developed markets which still account for 70.9% of global volumes of non cash payments in a total that is projected to have reached 426.3 billion transactions in 2015. Last year China reached the fourth position worldwide for digital transactions, gaining ground over the UK and South Korea, and is now behind the US, Eurozone and Brazil.

According to James Methe, principal of payments and transaction banking at Capgemini, who worked on the report, the opportunity is for banks to expand their offering of products and services in transaction banking, relying more on cooperation than confrontation with fintech players. This represents a change from view—widely held in recent years—that fintech companies would edge out banks. “While treasurers’ fundamental expectations—control, visibility on cash, risk management—have not changed in recent years, corporates increasingly expect banks to digitalize support processes such as account management, data analytics, compliance tracking, and fraud detection and prevention” says Jean-Francois Denis, deputy global head of cash management at BNP Paribas. “This calls for banks to accellerate their shift towards digitization and foster a more collaborative approach.” The report shows that 79% of bank executives now view fintech companies as partners, and not competitors.

On the issue of regulatory compliance for payments, the report highlights two key recent developments: the new approach of some regulators to try to help businesses increase the speed of innovation in a safe way, as in the UK and the Netherlands, and the increase the use of technology that requires more uniform rules and adds complexity for banks. The development of RegTechs, technologies and solutions that help banks and corporate to deal with regulation in a faster and more uniform way, could be very helpful for coping with these issues.

You must be a registered user with Global Finance Magazine to comment.