BOOK REVIEW: Greenspan: Still hazy after all these years 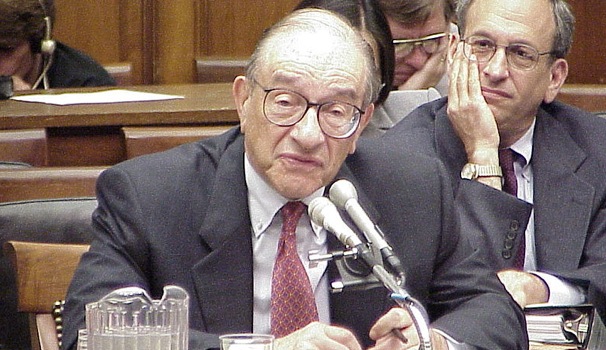 In less than a decade, Alan Greenspan went from being celebrated as a hero on the cover of Time magazine to being named one of the 25 people to blame for the financial crisis — by that very same magazine.

That’s quite a rise and fall. Thus it’s no great surprise that the onetime chairman of the Federal Reserve Board has resurfaced—at the age of 87, no less—to defend his legacy. In a new book , The Map and the Territory , (on sale October 22nd), Greenspan weaves personal experience and a career that spanned the good part of 60 years—18 of those at the helm of the US central bank—into economic analysis. The leitmotif of The Map and the Territory: Making sense of "what went wrong" and "why virtually every economist and policy maker of note was so off"  about what was going on in the period leading up to the collapse of Wall Street in 2008.

Although he recognizes the recent financial crisis as an instance when macroeconomic forecasting failed and reflects upon it as an opportunity to improve the discipline for the future, the overall result of Greenspan’s analysis is fairly unconvincing. There is little in the way of new thinking— and a lot of arguments we’ve heard before.

It is almost as if the book leaves out the most crucial parts of the story. Greenspan, for example, declines to seriously address the biggest complaint about his tenure at the Fed: his decision to keep interest rates low from 2002 to 2005 even though the economy was on the verge of overheating. And he chooses to overlook almost entirely the fact that, with his blessing, a lack of derivatives regulation and a flood of securitizations in the first half of the 2000s skewed incentives, pushing financial institutions to lend increasingly to risky home mortgage borrowers.

In fact, Greenspan makes the case that the real problem for financial markets was—and continues to be—an excessive regulatory burden (he is no fan of the Dodd-Frank financial reform law). The one concession he makes is for higher capital requirements, having come to the conclusion that, unlike the stock market crash of 1987 and the bursting of the tech bubble in 2000, the recent real estate crisis had a devastating, pervasive impact because banks were more leveraged than ever.

Finally, Greenspan reduces the euro crisis to simple cultural differences between the Greeks, the Spanish and the Italians on one side and the hardworking Germans on the other. But he ignores deeply rooted legacy problems as well as the role that US investment banks played by speculating on a Greek default by buying credit default swaps against it.

Basically, Greenspan limits his self-criticism to acknowledging that market players driven by short-term interests frequently make irrational bets. This hardly  qualifies as a revelation, though he seems to believe it does.

Beyond that, Greenspan ends where he began, as a free-market enthusiast who blames the financial crisis and the Great Recession on excessive regulation and out-of-control entitlement spending.

Indeed, Greenspan may have been better off titling his book The Map and The Same Old Territory . The reality is, we've been over this ground before.