China Gets Its Very Own FSOC 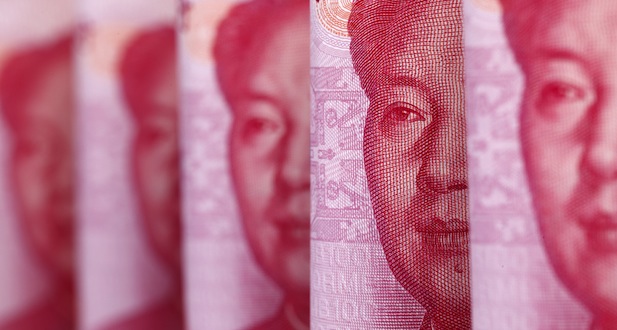 A new—and possibly powerful—financial industry regulator has gotten the green light from officials in China. Although the agency has yet to get a name, members will include a number of high-profile officials, including the heads of the country's banking, securities, insurance and foreign exchange regulatory agencies.

Sound familiar? Walter Mix, who heads the financial services practice at iBerkeley Research Group in Los Angeles, says the agency is similar in many ways to the U.S. Federal Stability Oversight Council , which was set up as a result of the Dodd-Frank Wall Street Reform and Consumer Protection Act to snuff out systemic risks to the financial system.

The newly formed coordinating group in China, which will lay down a formal mechanism during regular meetings and emergency gatherings, aims to strengthen the government’s coordination of monetary and financial policy. The less-publicized goal is to help regulators cope with financial crises and guide crucial reforms of the financial system through the country’s web of bureaucrats.

Like FSOC, the new coordinating group will undoubtedly wrestle with problems that pose a threat to China's financial structure—such as the credit crunch that sent overnight lending rates surging to 30% on the interbank market in June. It also will help iron out issues like the need for bank deposit insurance, which is crucial to China’s plans to liberalize bank interest rates and boost competition in the banking sector.

This summer, the central bank removed controls on lending rates, which gave banks the freedom to compete for borrowers. Another similarity to FSOC: The new regulatory authority comes under the purview of the country's central bank, the People’s Bank of China . Similarly, the FSOC is overseen by the U.S. Treasury Department.

Mix, a former commissioner of the California Department of Financial Institutions and banking executive at Union Bank of California, says the new umbrella authority represents a natural progression for China's financial sector. That sector, which flourished as China's local companies expanded like crazy, must now come to a grips with an economy that is merely hot (8% annual GDP growth) rather than scorching hot.

A role for the body may also emerge as some Chinese banks, such as ICBC, look to keep expanding their overseas presence. “This is a logical step for China,” notes Mix. China watchers will no doubt be eager to see what role—and how much power—the new regulator will wield as Chinese banks learn to compete and make loans beyond their traditional clients: state-owned enterprises.

But its first real test may come from how it deals with the economic fallout from lenders’ deteriorating portfolios and the ongoing real estate collapse. Bad loans at Chinese banks are expected to increase by $11 billion to $16 billion this year, according to the China Banking Association.