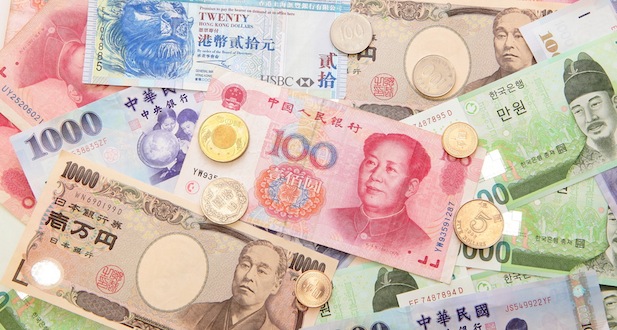 If you attended to the teeth gnashing and handwringing following the Federal Reserve's announcement that it is considering a gradual slowdown of quantitative easing, then you would be hard-pressed not to believe it is the end of days for emerging markets. The impact on emerging equities, bonds and currencies is a particular concern.

Amid tumbling stock and bond markets, the International Monetary Fund cautioned that a hasty exit by the Fed would have "adverse global implications." Benoit Anne, head of emerging markets strategy at Société Générale calls it the most serious risk facing the developing world, declaring that it would mean "the end of the bull market" in emerging markets.

For the past five years, each of the successive Fed QE programs has had a visible positive impact on emerging markets as investors sought assets the developing world to enhance yields. But those same investors now face an end of abundant capital.

A strengthening of the dollar at the expense of emerging markets currencies and news that growth in the BRICS economies (Brazil, Russia, India, China, South Africa) is slowing provide further ammunition to the doomsday scenario many are painting.

Mexico, for example, is highly exposed to domestic growth in the US, where it sends 75% of its exports. Mexican market performance has been tracking the S&P 500 quite closely until recently, when the peso fell as it became tarred with same brush as other emerging markets. However, over the medium term things should look up for Mexico: It is definitely seeing a wobble now, but will surely benefit from an improving domestic economic view in the US.

The fate of its Latin American neighbor, and the region's other big success story, Brazil, looks a little less bright, although this can be attributed to deep-rooted problems rather than any actions taken by the Fed.

Brazil's infrastructure inadequacies were evident before the arrival of the global sporting spotlight, and while there will be stimulus from hosting the World Cup and the Olympics, it's worth remembering that the UK grew by only 1% following its successful stint as Olympic host.

"[Poor infrastructure] a big problem, particularly when [Brazil is] trying to grow," muses James Butterfill, global equity strategist at Coutts & Co. "A government stuck with deficit, poor infrastructure and an electorate keen for further investment—it seems quite a challenging time politically for Brazil."

Butterfill insists that any form of tightening tends to make markets a little bit unstable—and anything happening in the US certainly has an impact on the world stage. "As the baton of growth passes from a stimulus-led to a self-sustaining economy, during that period markets are a little bit more volatile, until questions are answered—such as the degree or amount of tapering, which could be quite small initially and might not have such an impact on markets."

The tapering of QE will probably uncover, and even exacerbate, several emerging markets vulnerabilities, but its impact should be short-lived. Growth in emerging markets was not driven by QE, merely distorted by it.

Assuming their fundamentals are sound, once a self-sustaining economy in the US is in place, investors should once again flock to emerging assets—as long as they have a risk premium that keeps them attractive in relation to their developed-markets counterparts.