Submerging Markets? Not These 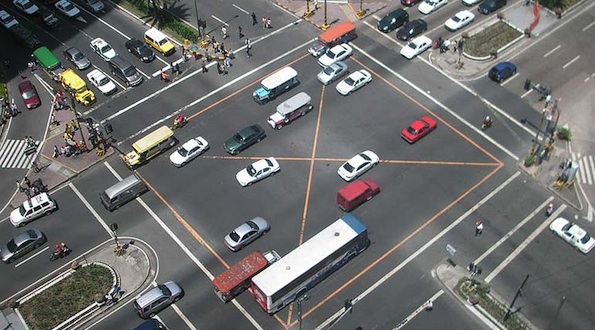 IT'S BEEN AN UGLY 2013 for investors in emerging markets. How ugly? Despite early predictions of potential double-digit gains, the benchmark MSCI Emerging Markets Index is down nearly 7% on the year—a performance that would be even worse if not for a minor rally that commenced in September.

Indeed, ever since the US Federal Reserve began talking seriously in June about tapering, a veil of pessimism has settled over emerging markets. Scores of articles have appeared predicting the demise of double-digit growth in those markets and the rise of convergence between developed markets and developing ones. More recently, the International Monetary Fund lowered its global economic forecast, citing markedly slower growth rates in the non-developed world .

The death knell is getting louder. It is also premature. Emerging market economies may have slowed down, but they haven’t stalled out. The trick for investors (including corporations keen to tap new markets) is separating the good bets from the risky ones—a task made more difficult by a financial media that does not always discriminate. “We are going from a situation of emerging markets to one of diverging markets,” says Alexander Kliment, a director in the Emerging Markets Strategy practice of the Eurasia Group. “Now that the era of abundance is over, emerging markets need to pursue a fresh round of reforms. The countries that are better positioned to do it are those whose leaders have large political capital.”

Case in point: Mexico, where President Enrique Peña Nieto is pursuing the most ambitious reform agenda in the entire emerging market sphere. Nieto is reshaping everything from telecommunications to taxes to energy policy .

Similarly, Philippines President Benigno Aquino III has implemented a host of political and economic reforms. Those changes were recently credited by Barclays for the country’s strong economic performance , which should see the island nation's GDP growth top 7% in 2013. And in Malaysia, Prime Minister Najib Razak has made great efforts to liberalize the economy since coming to power in 2009. According to observers, the prime minister will continue to do so despite recently running into unexpected political troubles .

Experts also share a generally optimistic outlook on China. In Beijing, the current leadership is working hard at liberalizing the country’s financial system.

The free-market reforms in those countries contrast sharply with what’s going on some other developing nations. In Argentina, the populist policies of President Cristina Fernández de Kirchner—including nationalizing certain flagship companies (energy giant YPF, for one)—have foreign investors running for the door. And the jury is still out on a long list of countries where political paralysis ahead of upcoming general elections is impeding meaningful political progress. Voters in Brazil, Colombia, India, Indonesia, South Africa and Turkey all head to the polls in 2014. The question is whether, postelections, the winners will be free of electoral concerns and able to refocus their energies on an effective reform agenda .

But whatever the outcome, the real draw of emerging markets— above-average GDP growth and unleashed consumerism —has not changed. “I think these countries’ growth potential is defined by deep fundamentals that are not going to go away,” says Andrew Karolyi, director of the Emerging Markets Institute at Cornell University. “[Those include] relatively low GDP per capita, very large populations, tremendous educational aspirations for their people.”

With growth in the developed world expected to pick up again next year, albeit slowly, export-dependent emerging markets will also have a chance at a comeback. That’s particularly true if those nations are able to mitigate some of the fundamental risks that international companies face when doing business in a developing country, including operational inefficiencies, restrictions on foreign participation in the economy and a murky rule of law. “The more these countries do to alleviate these concerns,” says Professor Karolyi, “the more their dependence on external finance will be met and the more likely they will realize their future growth potential.”