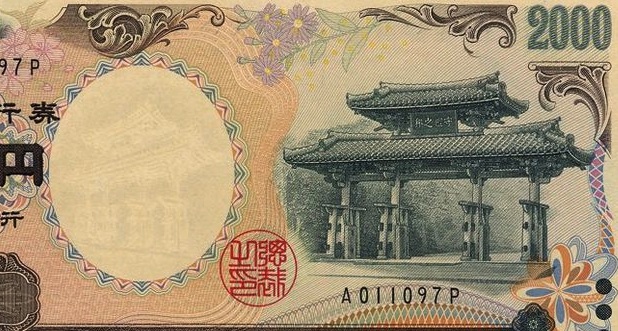 Despite a concerted bid by Abe and other leaders in Tokyo earlier this year to weaken the yen, the Japanese currency actually firmed in October against the US dollar. Although this development probably led to some sleepless nights for the prime minister—who backs a cheap money policy, ala Ben Bernanke—it was not surprising given the impasse in the US Congress that closed the government and threw the world's largest economy dangerously close to default. The shutdown saw investors flee the greenback, sending many into the yen, which garnered a reputation during the crisis as a safe-harbor currency.

But Abe need not worry. The yen’s elevated status isn’t likely to last. While the Japanese currency did see demand during the US fiscal showdown, its strengthening trends are more often the product of carry trades. Furthermore, when compared to the US, Japan doesn’t come off all that well—at least not when talking economic fundamentals. It’s not only home to an aging workforce  (and population) but also a hefty debt burden running at roughly 243% of gross domestic product. That’s more than double that of the US.

And bear in mind, Abe has put plenty of pressure on the Bank of Japan to do everything possible to weaken the yen. The thinking? A weak yen makes foreign goods more expensive, which might in turn lead to rising prices, long dormant in this Land of Deflation. In essence Abe is looking to import inflation.

The country’s central bank has said it will boost its monetary base by as much as ¥70 trillion (US$710 billion) a year until it meets Abe’s 2% inflation goal. Hitting that target, however, is a long way away, experts say.

"He's got a lot of wood to chop before he reaches that 2% goal," says Richard Lawrence, senior vice president of portfolio management at Brandywine Global, which has $47 billion in assets under management. “It's a multiyear process.”

Admittedly, the 11 th hour deal in Washington failed to immediately buoy the American currency against the yen. In fact, the dollar traded lower on sentiments that the Federal Reserve will keep its $85 billion monthly asset-purchasing in place for longer than expected to offset any damage the fiscal drag may have inflicted on the US recovery.

And it's no secret that the Federal Reserve has kept monetary policy ultra loose since the financial crisis of 2008. The central bank has expanded its balance sheet by close to $3.8 trillion via three rounds of asset purchases, which drive down long-term interest rates to spur recovery, weakening the dollar in the process.

Still, the Bank of Japan has been arguably much more aggressive in its attempts to weaken its country’s currency. The bank’s bold action, while aimed in part at kick-starting the Japanese economy, is mostly aimed at shaking confidence in the yen. "We're looking for the yen to continue weakening against a lot of currencies," says Lawrence.

That includes the dollar. While tightening in the US is a long way away, expect the greenback to begin firming even while benchmark interest rates remain near rock bottom. Moreover, the US economy is improving—gradually, yes, but improving nonetheless. That steady recovery should strengthen the dollar going forward.

That’s good news for Abe, bad news for investors who plowed into the yen during the stalemate in Washington. Meanwhile, bottom fishers may soon train their sights on the greenback.