Is the US really “open for business”? 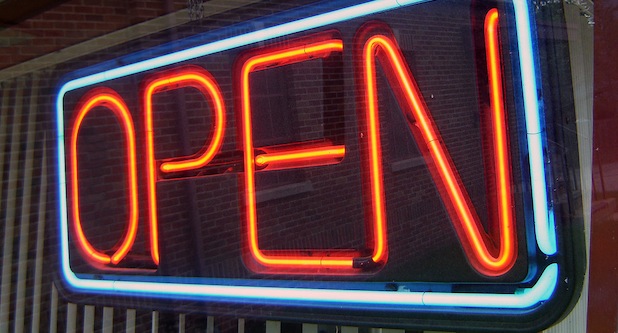 The Great Recession, along with a changing global economic landscape, has led leaders in the US to reassess the country’s relationships with foreign markets and companies. The rethink is laudable—but means nothing if not coupled with action.

The reality is, the US is now competing against fast-growing emerging markets for foreign capital—and losing. In 2000, the nation boasted 37% of worldwide foreign investment. By 2012, that figure was down to 17%. And the numbers for 2013 don’t look any better. Meanwhile, rivals like China and Russia, which boast huge populations that are developing a real taste for consumerism, are on course to post solid gains in FDI this year.

The slide is worrisome. Although foreign direct investment accounts for only 1% of the jobs in the US, it funds 15% of all research and development done in the country. What’s more, 20% of US exports can by tied to FDI. In addition, studies show that salaries are higher at subsidiaries of foreign multinational corporations.

It’s hard to overemphasize the importance of FDI. Yet, when I speak to global investors like those who attended the high-powered SelectUSA 2013 Investment Summit a few weeks ago in Washington, DC, I come away with mixed feelings. Optimism is the driving force behind confidence, productivity and growth. But many current and potential foreign investors say there is a disconnect between the FDI vision of President Barack Obama—who spoke at the summit—and the federal and state policies on the ground.

Indeed, a pro-FDI environment led by strong government policies could make a big difference. So what should officials in the US be doing? For starters, lawmakers in Washington need to listen to the foreign investment community, which has asked for various policy changes that would make the US investment environment much more favorable for overseas investors. One of the requests: Tax policies should align the interests of the US in long-term capital investment with foreign investors’ global tax planning.

The proposed tax exemption from the Foreign Investment in Real Property Tax Act for investments in US infrastructure by foreign pension funds, currently under discussion in various governmental forums, is just one example.

In addition, foreign investors say they should be an integral part of the policymaking process. Such a setup will bring greater legitimacy, transparency and accountability to the legislative process that governs foreign investment. It will also help foreign investors provide valuable input to proposals and reduce some red tape. Having non-US multinationals on the US Manufacturing Council, which was announced recently, will bring foreign investors closer to policymakers and improve their position. This change should be implemented in other government forums.

Foreign investors also crave cheap energy. The US can provide it. In fact, the US will be the largest energy producer by 2020 and energy self-sufficient by 2025. Although the US government cannot recreate the technology driving the current energy revolution in the country, it can allow certain technologies to flourish and issue new drilling permits. That, in turn, will create the ecosystem required for success.

Washington should also continue to sign trade agreements with foreign strategic economic partners. Trade pacts, such as North American Free Trade Agreement, have been the engine behind US export growth. They also typically include chapters that cover investment protection and other investment-related provisions. This development would help foreign investors find the regulatory stability and consistency and the rule of law they are seeking in their investments.

Lastly, since acquisitions made up 84% of the direct foreign investment in the US in the past two decades, government support for takeovers by cross-border entities is critical. The approval process should be transparent. The Obama administration already changed some of the Committee on Foreign Investment in the United States rules (review mechanism for foreign acquisitions) to make them more transparent and consistent. And it recently announced plans to expand SelectUSA, a Commerce Department program designed to attract more foreign investment.

Although encouraging, it remains to be seen if the White House’s recent interest in FDI will last. At the SelelctUSA summit, President Obama declared, “the U.S. is open for business.” The message is the right one. But policies must follow to back up the claim.