Myanmar Scores In US' Pivot to Asia

The relationship between the US and Myanmar, today one of the most attractive frontier markets, has improved tremendously in the past few years. 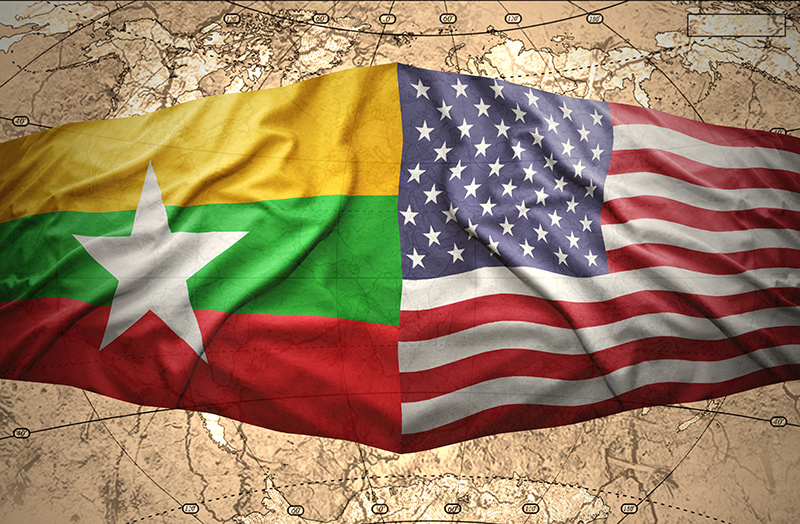 President Barack Obama’s tour of Asia, with stops in Japan, South Korea, Malaysia and the Philippines, has sparked a great deal of interest across the world. Among the many announcements surrounding the trip—the Obama administration is on a mission to buttress its not-yet-delivered promise of a “pivot to Asia”— one that hasn’t gotten the attention it deserves is that the US plans to open its first-ever commercial service office in Myanmar.

“With US merchandise exports to Burma [the US Government’s official name for the country] more than doubling from 2012 to 2013, Burma is becoming a rapidly growing market for American products and services,” says Arun Kumar, the recently confirmed US assistant secretary of Commerce and director general of the US and Foreign Commercial Service at the International Trade Administration. The new commercial service office, tasked with helping American companies doing business in Myanmar, is slated to open in the nation’s largest city of Yangon, or Rangoon, later this year.

“I think this is potentially an important mechanism if staffed with people who are knowledgeable both about residual US sanctions and the local culture,” says David Steinberg, a specialist on Myanmar and distinguished professor of Asian studies at Georgetown University.

The relationship between the US and Myanmar, today one of the most attractive frontier markets, has improved tremendously in the past few years. Official diplomatic ties were restored in 2012, and US sanctions have been gradually lifted since then. Nevertheless, some remain in place, part of a system that Steinberg calls “very complex” (he says a high-level US official has described it to him as downright “bizarre”). “If you are considering a long-term investment, you want to think very carefully about what US government regulations might prevent you from doing, starting with the kind of institutions and individuals you can associate with,” Steinberg says.

Investment opportunities in Myanmar, a country rich in natural resources with great agricultural and tourism potential, an export-oriented economy and annual growth of about 7%, abound , particularly since the government kicked off an ambitious reform program in 2011. “While political reforms are still only partially completed, economic reforms have been very dynamic,” says Rajiv Biswas, Asia chief economist at global research firm IHS. They have included the liberalization of exchange rates and a new investment law. The government also opened up telecommunications licenses to foreign firms and is working with Japanese investors toward launching a stock exchange in 2015.

But challenges remain both domestically and in the relationship with the US. National institutions are weak and the bureaucracy cumbersome. Myanmar ranks abysmally low in the World Bank’s Ease of Doing Business Index (182nd out of 189 countries) and Transparency International’s Corruption Perceptions Index (157th of 177 countries). At the same time, a strong sense of nationalism means that foreign companies have to tread carefully. “People in Myanmar need to feel that they are in command of their own economy,” says Steinberg, “that it is not back under foreign control like in colonial times.”

As for the US, it is putting great emphasis on next year’s elections in Myanmar. Much of this bilateral relationship going forward will depend on whether Washington judges the vote to be free and fair, a verdict hanging largely on how far opposition leader and Nobel Peace Prize laureate Aung San Suu Kyi is allowed to go (at the moment the constitution disallows her from running for the presidency because her children are foreign nationals). Unresolved concerns among American officials and activists about human rights abuses in Myanmar also represent a threat to a stable, long-term relationship.

It is precisely at the intersection of institutional shortcomings, national sensibilities and political uncertainty that the new US commercial service office could play an important role. “It is a signal to the rest of the world that US relations with Myanmar are continuing on a path towards normalization,” says Biswas.