Bezos Scores with WaPo’s Overfunded Pension Plan: Others Struggle to Close the Gap 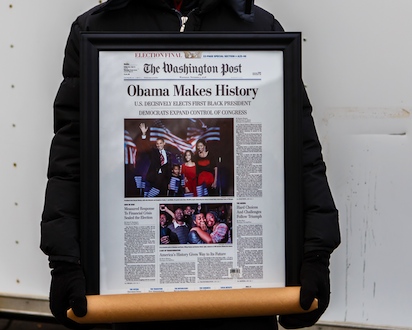 August 23, 2013 - On the heels of his $250 million purchase of the Washington Pos t, Amazon founder Jeff Bezos may have a lot to deal with in bringing the media outlet up to snuff in terms of newsstand sales and revenues, but one thing he won't have to contend with—which is the bane of many a corporate exec right now—is an underfunded pension plan. A rare example of a company with an overfunded plan, the Post stands out as many companies worldwide struggle to close their pension gaps. Dismal newsstand sales and decreasing revenue notwithstanding, the pension fund has roughly $604 million more in assets than outstanding liabilities —in part because of some early investments in Berkshire-Hathaway stock. Furthermore, the Post 's pension fund has not required company contributions for decades.

The newspaper, however, is an exception to the rule. Many US plans have billions in unfunded liabilities, and the number of companies struggling to shore up funds is mounting. S&P 1500 companies had a $212 billion shortfall in July 2013, according to a Mercer report . And the average funded status (the ratio of pension assets to projected benefit obligations) of the top 100 largest defined benefit plans at US public companies went from 109% in 2007 to 78% by year-end 2012, according to Towers Watson .

Yet with the tapering of Fed asset purchases on the horizon, interest rates on bonds are likely to rise, which should help close the asset-liability gap. Already US public companies have seen decreases of up to 40% in pension funding shortfalls. Some, like VF Corp and Cytec Industries, have reported that they have nearly closed the funding gaps. However, the largest pension funds with the biggest liabilities, including those of General Motors, General Electric, Ford and Boeing, are still dealing with big shortfalls—according to the Towers Watson report.

GM has the largest funding shortfall of the four, at $27.8 billion. GE, Boeing and Ford trail behind at $22 billion, $19.7 billion, and $18.7 billion, respectively. All four have been engaging in annual cash injections in an effort to shore up the pension funds. Additionally, many have shifted employees to insurance-company-backed group annuity plans or offered them lump-sum buyouts. Even with innovative solutions, their ability to completely close the asset-liability spread remains highly dependent on favorable interest rates and stock performance.