Corporate Tax: The Cost Of Evasion 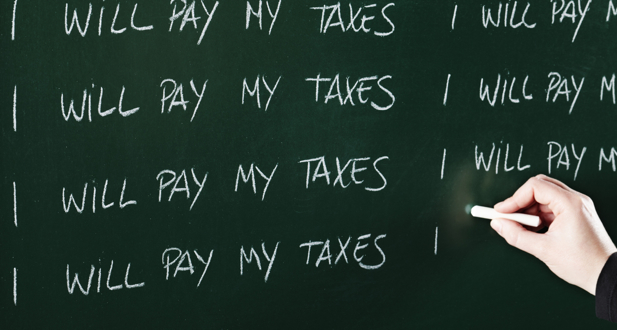 Corporate tax evasion is like the weather: Everyone complains about it, but what is being done and what does it mean for corporations?

The Organization for Economic Cooperation and Development says corporate tax evasion costs poor countries 30 times more than government corruption. Last year, the G8 said in a statement issued at the conclusion of its summit meeting in Lough Erne, Northern Ireland: "Tax authorities across the world should automatically share information to fight the scourge of tax evasion." But the declaration lacks teeth. Also on the table is a US Treasury proposal to redefine "inversion" transactions—when a US company merges with a smaller foreign company in a country with lower corporate taxes but the original shareholders still control it and operations barely change—to make it more difficult for US corporations to expatriate earnings.

"Currently you can move offshore to a company that is only about 20% of the combined venture. Under the proposal, the value of the foreign company's stock would have to be 50% of the combined venture, which is going to make it difficult to invert," says Michael Knoll, Theodore K. Warner Professor of Law and Co-director of the Center for Tax Law and Policy at the University of Pennsylvania Law School. The proposal would be effective for transactions completed after December 31, 2014. There is no guarantee it will be adopted.

The goal is to keep international corporations from shifting profits to tax havens and slow the growth of the cash mountain that is sometimes out of reach of any tax authority. Most of this money is "offshore" for accounting purposes only. It is sitting in big New York banks or invested in US Treasuries. It is quite a pile. As of early March, there was $1.95 trillion "outside" the US, up 11.8% from a year earlier, according to Bloomberg News .

So what are multinationals doing with all of that dough? In theory offshore money can't be used to buy back stock or pay dividends , but rock-bottom interest rates make it easy for corporations to get around that. Who needs to "repatriate" cash subject to a 35% tax when it can be borrowed at low single digits in the US to buy back stock or issue a nice fat dividend? It should surprise few that corporate borrowing has soared. "Between 2007 and 2013, corporate bond issuance grew from $70 trillion to $100 trillion while the equity market went $58 trillion to $52 trillion," says Jason Brady, who runs the Thornburg Strategic Income Fund. Loading a "foreign" company's US subsidiary with debt is one way to offset the tax liability on US sales. Interest on bonds is deductible at 35%.

The Wall Street Journal reported that the relatively high US corporate tax rate of 35% is one reason companies are finding new homes. If governments want to get a piece of the multinationals' pie they will have to lower top rates and take the tax incentives out of borrowing money to finance shareholder friendly moves. More effective would be for all countries to tax all corporate income the same way. Of course, that would take unprecedented coordination. One sign that it could happen is the agreement reached earlier this month by the European Union's leaders on the rules governing banking secrecy—which no longer shield individual tax evaders.