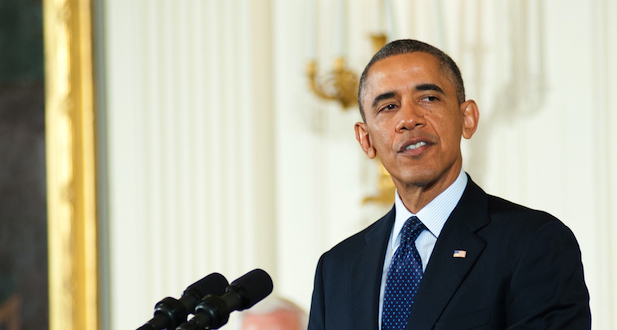 When president Obama shared with the American public his policy vision for the next year in his State of the Union address, it was a unique opportunity to educate the nation on its international trade challenges, including the current trade agenda, potential new partners, and ways to deal with the trade deficit, currency wars and disputes with China.

Yet international trade had a limited role in Obama’s speech. The president did remind Congress about the importance of the Trans-Pacific Partnership (TPP) and the Transatlantic Trade and Investment Partnership (TTIP), multilateral trade agreements currently being negotiated with Asian-Pacific countries and the European Union. These agreements, according to his view, would help small businesses, which represent the larger share of US export power, open new markets and increase the volume of exports. But other than that, his focus on US economic recovery did not include the role of trade policy and its effects.

This was not always the case. President Clinton, for example, used key speeches to explain the North America Free Trade Agreement to the American people, noting its economic advantages, and what was needed for it to be signed and ratified.

Several key elements were missing in Obama’s speech. First, helping small US exporters is just one of the benefits of trade agreements and new markets. In addition to dealing with the trade deficit (despite its recent modest decline), trade economists focus on the impact on prices and consumers. Since the middle class is still paying the price for the Great Recession, reducing prices to consumers should be a strategic goal, and trade agreements are one of the available policy tools.

Second, the president merged the TPP and TTIP together in his speech without noting the differences between the two and the various nuances. For example, TPP is driven more by geopolitical goals than global economics. Asian-Pacific countries are still concerned about US commitment to the region, especially vis-à-vis China and North Korea.

A new regional trade agreement would strengthen strategic and economic relations between the US and most countries in the Asia-Pacific region. It was the president himself who stressed the notion that in today’s world, US global power does not necessarily stem from its military alliances but rather from its soft power and economic activities. It should be noted that the US already has bilateral trade agreements with key Asian countries that remove tariffs in industries that are important to its manufacturers and exporters.

On the other hand, the European Union is the largest trade bloc in the world, and a trade agreement with it will increase US exports. Moreover, recent statistics show a modest recovery in Europe’s consumer spending, and US exporters should take advantage of this economic development. The TTIP would remove barriers and standardize the regulatory framework for cross-border trade.

Third, many analysts doubt that these (and other trade) agreements can be finalized by the end of 2014, or even 2015. Obama’s international trade policy and its success are in danger. Adopting fast-track legislation later this year would be a critical component for the president to move forward quickly with an agreed-upon trade draft. Otherwise, interest groups and their influence on the negotiation process could be destructive. The president should have used the podium to gain momentum for such a faster process.

Lastly, if a specific trade agreement is singled out, a negative signal is sent to other trade partners, which are still trying to implement existing trade arrangements in ways that are  most effective for all parties. There is a place to present a broader trade agenda that protects the interest of other trade partners as well.

International trade should regain its place in public economic discussion. Last week was a missed opportunity.