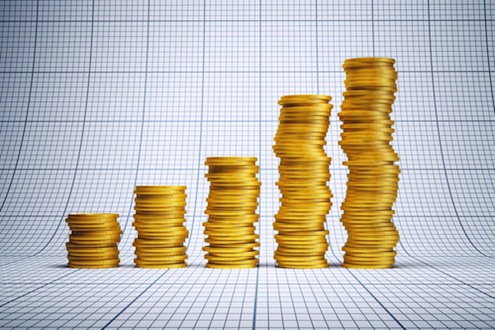 As night follows day, bankers warn that the macroeconomic sky will fall as a result of new rules that would require them to hold more capital. The bank industry's standard argument , articulated most vociferously—if not convincingly—by JPMorgan Chase chairman and CEO Jamie Dimon, goes essentially like this: The more capital you require us to hold, the less capital we will have to lend, and the weaker the economy will be.

For corporate borrowers, that would suggest higher bank capital requirements would increase the cost of capital, inhibiting companies' ability to exploit investment opportunities. But critics argue that a bank's capital position weighs very little in decisions to lend, and better-capitalized banks are actually better positioned to do so.

In other words, the bankers are holding a gun to the heads of regulators like the Federal Reserve Board, which is charged with the conflicting duties of making sure banks are safe and workers employed, while keeping inflation in check. But the Fed should ignore the banks' pistol, because it's fake.

Not that we are the first to say so. But bank critics' arguments bear repeating . First, the banks' claims are illogical, confusing as they do cash reserves with capital requirements. Widely accepted corporate finance theory clearly suggests that strongly capitalized banks—those that have more equity than debt in their funding mix—are better able to lend.

To this the banks say they are unlike other corporations, because all they essentially do is borrow short and lend long, creating an inherent mismatch between their assets and liabilities. So, the banks contend, they naturally have far more leverage than a traditional corporation to which such theories apply.

But that mismatch is not necessary for banks' financing mission. And in fact some critics have argued that banks should be funded entirely with equity, like mutual funds.

Then there's the historical argument against the banks' claims, which is supported by findings from the Fed itself. The US central bank's own researchers found—in the report, The Effects of Bank Capital on Lending: What Do We Know, and What Does it Mean? —that ever since international regulators began requiring banks to hold capital in 1990, their lending has been more closely tied to expectations about the economy and about risk than about their capital.

As the authors of the Fed report say of their findings, "One interpretation is that banks give relatively little consideration to their capital position when deciding whether to lend and instead allow other factors such as loan demand and risk to guide their decision-making."

The other interpretation, say the authors, would call into question risk-based regulatory capital measures. And indeed therein may lay the real problem with banks' capital, as regulators worry that banks manipulate their risk-weighted assets to make their balance sheets look stronger than they really are. More specifically, the Bank for International Settlements—the Basel, Switzerland-based institution that is owned by central banks and hosts the group of international regulators known as the Basel Committee on Banking Supervision (devisers of the Basel I, II and III banking regulations)—says that global banks have improved their capital ratios, at least in part, by understating the riskiness of their assets, not by raising more capital that would help them withstand losses.