Dubai has some way to go before its debt profile is viewed as safe and sound, but it has already made great strides. 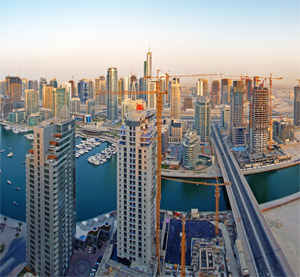 The Dubai debt crisis shocked the world in November 2009. Despite the ongoing generosity of Abu Dhabi, the oil-rich capital of the United Arab Emirates, Dubai’s debt issues have still not been solved. The Dubai government and related entities have managed to restructure and refinance billions of dollars of debt, but the rollovers are becoming a habit.

“Dubai’s debt is under control, but still worrisome,” says Brad Bourland, chief economist and managing director of proprietary investment at Jadwa Investment in Riyadh. The economy of Dubai has bounced back, thanks to tourism and logistics, and the emirate is doing quite well despite its overbuilt real estate market, he says. Abu Dhabi has the capacity to fully help Dubai if necessary, Bourland adds.

“Dubai’s fast growth track, which was mainly financed by debt, was put to the test in the past three years,” says Abdel Hamid Shoman, chairman of Arab Bank, in Jordan. “Dubai is largely a service-based economy, which still has a lot of potential for growth,” he says.

Dubai’s status as an international city, with lots of trade and tourism, makes it susceptible to the influence of the global economy, Shoman says. “On the other hand, that also means that Dubai will benefit greatly when the global recovery gets going, signs of which have already started appearing with the recent pickup in real estate pricing,” he says.

This is evident in the housing sector, Shoman says, which has been driven by higher demand and the fact that many companies are moving to open offices in Dubai. The emirate has been helped by its safe-haven status amid the Arab Spring uprisings.

Rick Pudner, group CEO of Emirates NBD, the largest lender in the UAE, says rebounding tourism, trade and logistics will boosting Dubai’s economy, which grew more than 3% last year, and that retail sales are robust.

REFINANCING DEBT
Christos Papadopoulos, regional CEO for the Middle East, North Africa and Pakistan at Standard Chartered, says he is not particularly worried about the current situation in Dubai with regard to its debt. “We are cognizant of the refinancing coming up and we are watching the space carefully,” he says. “The problems are not all behind us.”

However, European banks are deleveraging and need to improve their capital ratios, Papadopoulos notes. “[European] banks are significant participants in existing financing [in Dubai] and may not be eager to participate in refinancing debt that is coming due.”

Standard Chartered is the leading international bank in the UAE. It is involved in commercial and retail banking as well as capital markets activities in the UAE domestic market. In addition, it has a large trading room in its own facilities at the Dubai International Financial Center.

The bank has positioned some of its global desks at the DIFC, which benefits from being in a time zone between Asia and Europe and offers a favorable tax environment, as well as increasingly deep markets, Papadopoulos says.

EXTERNAL AID
Abu Dhabi made a liquidity injection into Emirates NBD last October of $762 million at a discount to market rates to help it absorb Dubai Bank. Emirates NBD took over the Islamic lender on orders of the ruler of Dubai, according to the Dubai Government Media Office.

Abu Dhabi gave Dubai $20 billion in 2009 to help restructure debt, but Dubai government officials say they have no intention of seeking more help from its deep-pocketed neighbor this year.

Emirates NBD posted a 62% decline in 2011 fourth-quarter profit to $41 million after it increased provisions for bad loans. Nonperforming loans have risen as the bank deals with exposure to debt restructuring by state-owned companies.

“It is a little early to say if the nonperforming loan ratio will peak this year or next year, because one or two restructurings have not been finalized, but it is leveling out,” Pudner says.

Nonetheless, the bank’s full-year 2011 profits rose 8.2%, due in part to a 7% increase in net interest income. “We have taken a conservative view with our provisioning level, and the bank is in a good position to ride out the next two to three years,” Pudner says.

CORPORATE DEBT RESTRUCTURING
Dubai’s Jebel Ali Free Zone is trying to refinance a $2 billion sukuk coming due in November. Pudner says he is confident that the restructuring negotiations will be handled smoothly. The industrial free zone, which is part of state-owned conglomerate Dubai World, has hired Citi to advise it on its options for meeting the sukuk maturity. The restructuring is expected to involve a cash payment of about $300 million, as well as a new Islamic bond and a syndicated loan. The free zone houses more than 6,400 companies, including 593 industrial companies, and accounts for more than half of Dubai’s exports.

Dubai World reached an agreement on a $25 billion debt restructuring a year ago, but many government-linked enterprises have not. DIFC Investments, the financial arm of the Dubai International Financial Center, has a $1.25 billion sukuk maturing in June. 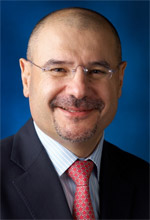 Dubai Group, an investment company owned by Dubai’s ruler, sheikh Mohammed bin Rashid Al Maktoum, has offered to pay creditors over five to 10 years, as it seeks to restructure $6 billion of bank loans. Altogether, Dubai and related companies have more than $10.3 billion in debt maturing this year, according to an estimate by Bank of America Merrill Lynch.

Meanwhile, bankers and investors seeking to collect on loans coming due are finding little help available in the UAE’s courts. The World Bank’s Ease of Doing Business survey ranks the UAE 151st out of 183 countries in terms of resolving insolvency.

A draft of the country’s first bankruptcy law is expected to be completed by the end of this year. The new law will not apply to government entities or companies licensed to operate in a financial free zone, such as the Dubai International Financial Center.

Government officials say one of the goals of the new law is to dissuade debtors from fleeing the country when they get into financial trouble. It wants them to remain and restructure their businesses.

A unit of Monarch Alternative Capital, a New York investment company, filed a claim of about $45 million in London last October against Drydocks World, a ship-repair subsidiary of Dubai World. But lawyers say a judgment by the High Court of London would have no bearing in Dubai, where Drydocks World is seeking to restructure $2.2 billion of debt, including a $1.7 billion syndicated facility issued in 2008 and a $500 million Islamic facility.

"Dubai will benefit greatly when the global recovery gets going, signs of which have already started appearing with the recent pickup in real estate pricing"

Dubai has a $20 billion support fund that was set up in 2009 with Abu Dhabi’s money to help bail out its debt-laden companies. However, the Dubai government is encouraging companies and their lenders to reach a restructuring agreement before seeking government support.

In the case of the Jebel Ali Free Zone, J.P. Morgan said in a research note that local banks hold most of the maturing sukuk and that they are likely to roll over their exposure into new debt. “We are now more comfortable with the refinancing risk, as we believe that there is healthy appetite for Jebel Ali Free Zone among local banks (including banks in Abu Dhabi), resulting in lower dependence on foreign capital markets,” the bank said.