As inter- and intra-regional trade in emerging markets continues to grow, the gap between needed and available trade finance is also on the increase. But new financing sources and new tools offer the promise of closing the breach. 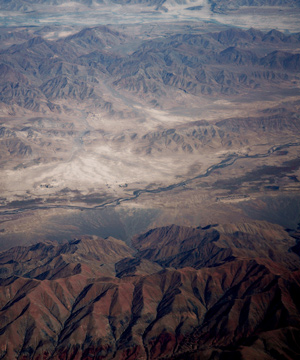 Trade between emerging markets nations is projected to surge in coming years, raising the question of whether trade financing will be able to keep up. A recent study conducted by the Asian Development Bank suggests there is already a shortfall in trade finance, with surveyed banks reporting that in 2011 they rejected $1.6 trillion of the $4.6 trillion in requests they received for trade finance, or more than a third of all requests.

Some of the concerns about trade finance capacity stem from the European financial crisis, which caused some European banks to pull back from financing trade in Asia and other emerging markets over the past couple of years. But that problem has largely been resolved as banks in the respective regions have stepped up.

Markus Ohlig, a Singapore-based consultant with Greenwich Associates, sees some ongoing constraint in the supply of trade finance as financial institutions in Europe get their books in order. “European banks still have too large balance sheets, and they will shrink their balance sheets,” Ohlig says. “But in Asia, the local banks are so well funded.”

“There certainly is no shortage of trade finance in the region,” adds Simon Constantinides, Asia-Pacific head of global trade finance receivables for HSBC.

Sanjay Tandon, head of Asia trade business at Citi, concurs: “Some European banks did retreat in Q4 2011, and well into the first half of 2012, but those liquidity issues are gone now.”

As local banks play an increasing role, some trade financing may shift out of US dollars and into local currencies because local banks don’t have the same access to dollar funding as global banks. Notes Ohlig: “European banks had a very well structured process in place prior to 2011 for raising short-term US dollar funding and using it for all kind of structured and trade financing.”

Bankers say some changes are already occurring in the currencies in which trade is transacted, such as the growth in the use of the Chinese renminbi. HSBC’s Constantinides notes that 12% of China trade was settled in renminbi in 2012, up 41% from 2011. 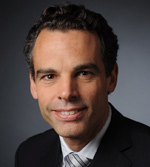 "Longer term, institutional investors could be a promising source of funding for trade finance."

This approach to funding trade finance is just getting started, he says, and the short-term nature of trade finance transactions, which generally last only three-to-six months, poses a challenge. “If you get third-party money, the problem is, you have to replenish the pool of transactions every three months,” Ohlig says. “If one [transaction] runs off and you replace it with a new one, the investor wants to be sure the credit quality is the same. One of the key obstacles to overcome is to have a robust process in place by which the expiring transactions are replaced by new ones.”

For investors, such products offer an attractive return and short duration in a rising interest-rate environment, as well as diversification, Ohlig says.

TRANSFORMING TRADE FINANCE
As emerging markets nations ramp up their trade flows, many bankers expect more of the business to switch from relying on trade finance to using open account methods of financing.

In Asia letters of credit (LCs) are used far more frequently to finance trade than in other parts of the world, but that has its disadvantages, says Ashutosh Kumar, global head of corporate cash and trade at Standard Chartered. “LCs are very cumbersome, both from a corporate perspective and even a bank perspective,” he says. “They’re paper-intensive and flows are slow.”

Given the time and effort involved in using letters of credit, Kumar predicts much of the expansion in global trade will be financed via open account arrangements. But companies will still be looking for ways to mitigate their payment risk, he says, and credit insurance is not readily available in some markets. Fortunately, banks are in the midst of rolling out the much-discussed bank payment obligation (BPO)—effectively, an automated letter of credit—that could prove useful.

As two companies become comfortable doing business with each other, they may no longer need the reassurance of a BPO, Kumar says. But the instrument also provides efficiencies because, with a BPO, the seller knows exactly which day it will receive payment. “Several customers want to use BPOs just as a pure payment mechanism,” he says.

Citi’s Tandon calls BPOs “one of the first banking-industry-led steps toward facilitating digital trade.” The ICC BPO rules approved recently will help expedite adoption, he says, but notes that banks have considerable work to do to integrate their platforms and build comprehensive solutions around the BPO. “The SWFT TSU [trade services utility] with the BPO capability will provide bank-to-bank connectivity to deliver supply chain solutions across the wider community.”

Given the vast increases in intraregional emerging markets trade, supply chain financing is of growing interest. Tandon notes that, particularly for intra-Asia trade, “what we have seen evolving is a lot of focus from the larger corporates on supply-chain financing solutions.”

HSBC’s Constantinides agrees that there is strong interest among Asian multinational companies. “The distributor might be selling to 50 or 60 companies, but the seller is only selling to one distributor, so there’s a lot of counterparty exposure,” he says. “The seller wants to move that asset off balance sheet quickly.”

But, Tandon notes, as Asian companies do business in markets like Latin America and Africa, they’re still relying on traditional trade products like letters of credit, “especially when dealing with relatively riskier markets in Africa.” Security is still the name of the game.