SIBOS: Centralization: Under One Roof 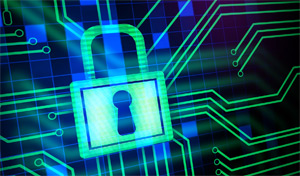 As companies look further outside their borders for new growth and increased regulation makes tracking cash flows even more crucial, interest in centralizing and standardizing payment flows is growing. Depending on the company, this could mean implementing a payment factory, an in-house bank and/or a shared services center. A payment factory, as the term implies, generally refers to “centralizing payments through a single hub,” notes Andrew Owens, senior vice president of enterprise payments with SunGard AvantGard. The objective typically is to drive transaction efficiency by standardizing processes and eliminating redundancies.

How does a payment factory differ from a shared services center? Arguably, the differences are minimal. “Many people love to refer to them as in-house banks or payment factories. It sounds sexier and more advanced,” says Dennis Gniewosz, vice president with J.P. Morgan Treasury Services. “Often, it’s more of a large, complex, shared services center.”

A payment factory generally includes all facets of payments, such as payroll and intercompany payments, says Bob McKay, head of payments business with BankersAccuity, a provider of data and software. That is not always the case with a shared services center. And an in-house bank takes the process further. While a payment factory will determine the easiest, most effective way to pay invoices, the in-house bank will need to determine from which account the funds will be drawn.

An in-house bank often becomes the legal entity that owns the accounts, although regulations may restrict this in some cases, says Orazio Pater, chief operating officer with GTreasury, a provider of treasury management solutions. What’s more, the bank can both disburse funds and accept incoming payments, and is able to make payments from a central account on behalf of a subsidiary.

When establishing an in-house bank, previously disparate accounts are often consolidated in order to boost visibility, gain economies of scale and reduce cost and complexity. “It’s centralizing major, key treasury decisions to a single structure,” says Ashutosh Kumar, global head of corporate cash and trade with Standard Chartered. Operating an effective in-house bank requires some sophistication and knowledge, as the bank will decide on the most optimal methods of providing capital to the group, Kumar notes.

A survey conducted in 2011 by Logica of some 150 companies in North America and Europe found “a renewed focus on adopting payment factories to cope with a stagnant global economy.” Almost two-thirds of respondents to the survey either had a payment factory in place or were considering setting one up.

Several factors are driving interest in these structures. Some companies want to limit the number of bank accounts they use in order to draw the line on costs and complexity. At the same time, Pater says, management often wants to continue tracking funds by division or subsidiary for management and legal purposes. An in-house bank can be structured to accomplish this.

Regulations, such as Sarbanes-Oxley, are also behind the growing interest in centralized treasury structures. Until recently, many regulations, such as those targeting money-laundering activities, were aimed at financial institutions. That is changing. “The newer regulations strike at corporates,” McKay says.

Governments across the globe want to reduce the likelihood that companies benefit from bribery or other illicit acts. By consolidating and tracking payment flows and the approval process, companies are better able to reduce fraud risk and audit cash flows, Owens adds.

Centralized structures also allow companies to unlock liquidity by tapping into surplus cash within the group, letting divisions that are short on cash borrow from those that are running a surplus, Kumar notes: “It becomes a win-win for the whole company.” For instance, the in-house bank may pay cash-rich divisions a higher rate of interest than a commercial bank might, while charging less to a borrowing entity.

Corporate access to the SWIFT messaging network enhances the ability of companies to reap the benefits of consolidated cash flows and establish an in-house bank by standardizing communication. With SWIFT for Corporates, companies can send batch file payments to all of their banks around the globe.

By using the SWIFT platform to connect to a wide range of banks, companies can expand, yet remain “bank-agnostic,” says Madeline Xavier, director, product marketing and sales operations, North American banking, Fundtech. Many companies—approximately 70%, according to Xavier—work with a SWIFT service bureau, rather than establishing an internal SWIFT solution.

For those firms operating in Europe, the progress of SEPA, or the Single Euro Payments Area, is also fostering interest in consolidated payment flows. As of February 2014, companies will no longer be able to use existing national formats for credit transfers and direct debits in much of Europe, notes Majid Moujane, payments specialist with Sopra Banking Software.

After this date, 32 countries will share one set of standards and the same transaction clearinghouse, enabling companies to use one standard for subsidiaries in each country. As a result, even companies that previously weren’t interested in establishing a payment factory now are considering one, as they’ll no longer have to handle payments on a country-by-country basis. “It’s a huge opportunity for corporates to reduce costs,” Moujane says.

The progress of SEPA in Europe has prompted some questions about the likelihood of similar agreements elsewhere. Asia, for instance, lacks a SEPA-like structure. Although there is talk of moving toward a similar structure for the region, Kumar says he hasn’t seen any movement yet.

The global financial crisis is prompting some regulators to exert greater control over the flow of both money and information generated within their borders, notes Daniel Schmand, head of trade finance and cash management, corporates, for EMEA ex-Germany with Deutsche Bank. Regulators in Saudi Arabia, for instance, generally require client confidential information to be hosted within the country. “Companies will continue to focus on centralization, but there are limitations,” Schmand says.

Payment factories and in-house banks can provide a number of benefits, but they’re not panaceas. They can in fact introduce complexity—albeit of a different sort than that arising from managing numerous bank accounts and relationships.

Pater provides an example: When a corporate parent company pays a bill due to one of its subsidiary’s vendors, it is essentially making a loan to the subsidiary. That can introduce legal and tax ramifications.

Kumar notes that some countries place restrictions on the movement of money across their borders. These regulations need to be taken into account when establishing a payment factory or in-house bank.

The projects themselves are complex and lengthy and require dedicated, experienced individuals to oversee them. “It takes more than just reading a book and attending a seminar,” Schmand says. In addition to the technical complexities, project managers need to be adept at dealing with employees’ resistance to change, he adds.

Despite the challenges inherent in setting up an in-house bank or payment factory, the benefits of centralization are clear: greater transparency and control over cash flows and the ability to increase automation.

Since joining software firm Coupa as CFO earlier this year, Mark Verbeck has focused on centralizing and automating payment and income flows. The company’s customer base spans 40 countries. To start, that meant moving as many transactions as possible from paper to an electronic format. In January, all outbound payments were done with cash; now, about two-thirds are electronic. “If our UK subsidiary is remitting supplier payments in the UK, we can flip a switch in our back office and remit electronically from our accounts there, transparently, to the supplier,” Verbeck explains.

Because cash inflows and outflows are increasingly centralized and electronic, “I can see day-by-day cash requirements and make adjustments as needed,” he adds. That boosts the accuracy of cash forecasts, allowing Verbeck to keep Coupa’s funds invested longer before converting to cash to cover incoming bills. As the company establishes subsidiaries around the globe, the firm plans to continue managing cash flows centrally, he notes. “The idea of trying to set up a team to handle each one separately would be incredibly time-consuming and expensive.”