SWIFT continues to roll out new company-focused initiatives as its corporate user-base grows. 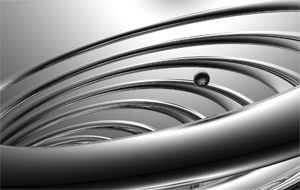 As SWIFT’s corporate membership figures rise—the number currently stands at around 970–the bank-owned cooperative is working on a number of corporate-focused initiatives. Though some of these relate to connectivity itself, many of the more interesting developments are focused on offering corporate treasurers greater efficiency and increased standardization.

The imminent arrival of Alliance Lite2, the next generation of SWIFT’s entry level, Web-based solution, should improve corporate connectivity as it supports higher message volumes than the old version. “Lite2 is a [good] opportunity for clients [to get] their treasury infrastructure in place and make their first forays into SWIFT,” comments Tom Durkin, global head of integrated channel solutions for Bank of America Merrill Lynch GTS.

The SWIFT conversation is no longer simply a matter of whether or how to connect to SWIFT, however. In the past couple of years, SWIFT has been working on several initiatives designed to help treasurers achieve efficiency and standardization, which are now coming to fruition.

One of these is 3SKey, SWIFT’s digital identity solution. Lasker reports that over 25 banking groups have subscribed to 3SKey, including almost all of the large international banks, and close to 25,000 tokens have now been sold.

“In wholesale banking, 3SKey is one of the best things to happen in a long time,” comments Stew Cofer, vice president, J.P. Morgan Treasury Services. “It’s a great corporate offer, particularly for treasurers who have got a drawer full of tokens and just want to have one.”

France Telecom was involved in piloting 3SKey and Raffi Basmadjian, the company’s head of group cash management and treasury IT, says he believes the solution is the missing link between the payment orders the company sends daily to its banks and the mandates that are signed when a company enters into a relationship with a bank. “When you use SWIFT without a personal signature system like 3SKey, the bank can identify—through the BIC/BEI [bank identifier code/business entity identifier]—only the ordering party organization but not the person within the organization,” says Basmadjian. “3SKey is the universal solution to fill this gap.”

Following on from 3SKey, electronic bank account management has attracted significant interest over the past couple of years, although few companies have yet implemented eBAM. Don Davis, Intel’s treasury project manager, says that the company has an eBAM solution in place with Citi, albeit one that doesn’t use the standard SWIFT configuration. “One big issue for eBAM is that the agreements with every single bank are so different,” comments Davis. “There’s no reason why they should be, and if the banks could get it together, they would make it a lot easier.”

SWIFT has recently been working on a central utility for eBAM to act as a database of different banks’—and countries’—documentary requirements. “We have built a proof of concept with a number of banks and corporates, and we are now trying to see how we can roll out this utility as a real product,” explains Lasker. “In order to do this, we are aiming to co-fund the utility with a number of banks.”

Other notable initiatives that SWIFT is currently focusing on include the Common Global Implementation (CGI) project, which aims to bring standardization to the way in which ISO 20022 XML (eXtensible Markup Language) messages are implemented. “From a corporate perspective, one of the most important developments is the introduction of the CGI XML standard as it provides corporates with a harmonized file format which they can leverage across multiple banks.” says Leif Simon, head of cash client access and integration, product management, Deutsche Bank GTB.

Another development is the arrival of MyStandards, which houses implementation documentation for corporates using multiple banks for a particular messaging standard. “MyStandards is a central platform which allows banks to document their implementation of the standard,” Lasker explains. “So even though banks might have slightly different implementations due to the specific services that they offer or country specifics, at least they will be able to store the information and make it available in a consistent manner to their corporate customers.”

Meanwhile, interest in the topic of reference data is growing. Patrik Neutjens, SWIFT’s head of reference data, says that this interest is being driven by the SEPA agenda and by the fact that transactions will have to be processed with only an IBAN and not a BIC. “We’ve developed a new value proposition called SWIFTRef which caters for payments, treasury and compliance, and which does so for corporates as well as for financial institutions,”Neutjens says. “Quite a number of corporates who are not connected to SWIFT subscribe to reference data.”

Finally, aside from the initiatives about to be launched, several corporate-related initiatives are currently in the research or incubation phase at Innotribe, SWIFT’s initiative to foster collaborative innovation in financial services. “We are working on new form and communication factors for our security devices, for example, adding audio port connectivity for our USB tokens and enabling mobile device usage,” says Kosta Peric, head of innovation and co-founder of Innotribe. Peric says that other projects currently in incubation include the Digital Asset Grid, which is intended to share sensitive data securely and safely, and the SWIFT Application Platform—effectively, a “financial app store” where corporates will be able to access services provided by banks and third parties in a single, harmonized business and technology model.

All in all, SWIFT is focusing a great deal of attention on developing its corporate offering and providing a more comprehensive suite of products. Watch this space.