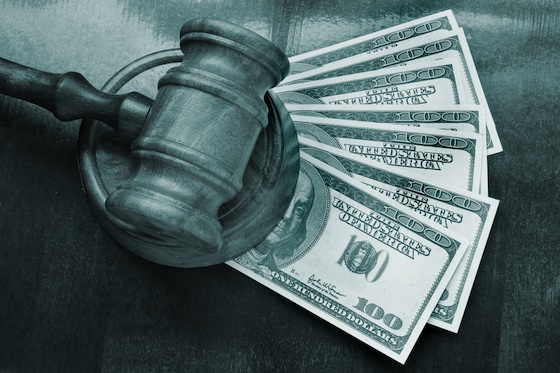 Forget the headline numbers for the rash of litigation troubles afflicting JPMorgan Chase. Yes, we're talking a lot of zeros here. So far, the running tally includes a possible $11 billion settlement with the Department of Justice, a $410 million deal with federal energy regulators and a $900 million payment to the Securities and Exchange Commission over the bank’s handling of the “London whale” trading fiasco. Oh yes, there's also the $16 billion that financial analyst Joshua Rosner in March estimated JPMorgan had paid, up to then, to settle litigation since the financial crisis.

Big hits for sure, but, astoundingly, the real worries for the bank may still lie ahead. That's because, in its agreement with the SEC, JPMorgan actually admitted to wrongdoing—one of the first defendants to do so since the Commission vowed to get a littler tougher in its settlements with alleged violators. And securities lawyers say the bank’s acknowledgement of wrongdoing could trigger a swarm of lawsuits—exactly what it doesn't need.

This prospect explains why some lawyers believe JPMorgan has not set aside enough legal reserves for the trouble it still faces. In its most recent quarterly filing, the bank said it had reserves sufficient for up to $6.8 billion in additional legal liabilities. But the filing also contained the disclaimer that the set-aside might not be enough. And if it isn’t, JPMorgan will take a hit to earnings.

Certainly, the bank's admission of wrongdoing strengthens the cases of private parties filing so-called “derivative” litigation, that is, follow-on lawsuits that use government settlements as a springboard for their own complaints. “It’s a tremendous leg up,” says Richard Holwell, a former federal judge in the Southern District of New York who tried many insider-trading cases, including that of Raj Rajaratnam ( Read GF’s review of a new book on the rise and fall of the Galleon Hedge Fund), and is now a partner with Holwell Shuster & Goldberg in New York City.

Holwell observes that securities fraud is difficult to prove, so such admissions of guilt “would significantly change the lay of the land.”

Moreover, Holwell and other attorneys note that the parties to such lawsuits are increasingly deep-pocketed for the simple reason that they are often financial institutions, which are much more likely to sue each other today than they were before the financial crisis (see MBIA versus Bank of Americ a). Earlier, banks were content to price such disputes into their next deal with an offending institution. “If UBS has a huge claim against JPM, that claim is going to be approached, not negotiated into the next deal,” Holwell says, labeling that “an entirely new phenomenon.”

And Holwell notes that hedge funds are also more inclined to sue banks these days, because the fund managers hold so many distressed assets. Says the former judge: “The stakes are higher here than in the past."

The upshot? JPMorgan’s myriad legal woes may not pose a threat to its solvency. But with few investors factoring in the potential for derivative lawsuits, a wave of litigation does pose a serious risk to the bank's stock price.