With Brazil now firmly on the map as global economic power, treasuries want to include it in their global cash solutions. But many regulatory, legal and taxation issues still obstruct that goal. 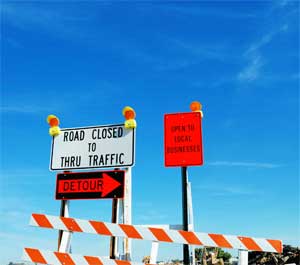 Brazil’s vast natural resources, large labor pool and strong economic growth have made it a major draw for foreign investors. On the back of rising global demand for commodities and a strong export sector, Brazil’s economy grew by 7.5% in 2010, according to World Bank figures, and it was one of the first economies to demonstrate signs of recovery following the 2008 financial crisis.

“It is the land of opportunity,” says Florent Michel, managing partner at Latina Finance, a corporate finance advisory firm.

As global companies grow their presence in the country, they are looking for the most efficient way to manage cash and liquidity in Brazil. Not only are they looking to improve domestic management, but they also want to better tie Brazilian treasury and cash management (TCM) processes into their global cash and payments management programs.

Cecilia Valenzuela Donoso, a treasurer with experience of the Brazilian market, says Brazil has a highly efficient banking system for collections and payments. She says foreign banks do not have much of a presence in Brazil but that some—like Citi—have a good approach to providing solutions. Brazil’s payments infrastructure is also relatively sophisticated. “There is a real-time payment system, so you can move any amount of money from one bank to another in a matter of seconds,” says Fernando de Gouveia, a treasurer working in Brazil.

While some foreign banks have successfully entered the Brazilian market, a number of the well-established international treasury management software vendors, Michel says, have had mixed success in Brazil as they have had to adapt their solutions to suit the specifics of the market.

For both domestic and international companies operating in Brazil, the market poses a number of new risks—including a changing tax environment and currency volatility—that are driving treasurers to reevaluate the way they manage treasury operations in the country.

Currency volatility is a big issue for Brazil. Large capital inflows have led the Brazilian real to appreciate in recent months. With high prevailing volatility versus G10 currencies there has been, Eggert says, a strong increase in demand from treasury managers in Brazil for solutions to monitor position and exposure risks in real time. “From the treasurers’ point of view, the swing between profit and loss can be brutal and swift, something their counterparts in other parts of the world are less able to exploit and also less at risk from,” he says.

In an effort to rein in inflation, the Brazilian government, says Cristiana Pires, head of global transaction services Citi Brazil, imposed new taxes on the inflow of funds. The government has a history of strict regulation, particularly when it comes to taxation of certain transactions.

According to the World Bank, Brazil introduced IOF (investments of foreign persons) taxes on financial transactions, short-term loans and issuance of securities. The Bank says the government also imposed a 6% levy on international debt sales and loans with an average minimum maturity of up to 360 days, after already tripling “a tax on foreigners’ purchases of fixed-income securities” in October last year—all in an effort to stem appreciation of the real.

Donoso says the complex tax system is a central theme in all bank transactions. “Therefore the main focus for a treasurer or cash manager when thinking of structuring a deal—whether it is a loan (third party or intragroup loan), transferring funds among companies with a different legal entity, investments, forex, commercial hedging, offshore USD accounts or subsidiary loans from the government—is to minimize the impact of taxes on financial statements and maintain efficiency on the net finance cost.”

There are limits to what a treasurer can do with excess cash and liquidity in Brazil, as treasury management techniques such as cash pooling and intercompany loans incur a high tax rate. De Gouveia says cash pooling is the most expensive form of funding. It is viewed as a loan between nonfinancial companies, so the company receiving the funds must pay the IOF tax and the lending company, the withholding taxes.

On the investment side, taxation is also an issue, notes Pires. Although there are a wide range of investment options available to treasurers for investing excess cash and liquidity—including government and corporate bonds, and bank certificates of deposit—short-term investments of less than 30 days also incur a tax on interest earned. So Pires says it is more prudent for companies to invest their excess liquidity for periods of between one and six months.

“Taxation and bureaucracy are the biggest issues in Brazil,” says de Gouveia. “Moving money offshore is still complex, due to Brazilian laws.” When it comes to sweeping excess cash and liquidity into an offshore account, Donoso notes that in Brazil companies are not allowed to have US dollar accounts, so it is not possible to sweep. Citi says it is working to develop a local sweeping account that would give treasurers more efficiency over the return on their short-term liquidity.

"Taxation and bureaucracy are the biggest issues in Brazil"

Treasurers looking to repatriate cash or liquidity from their Brazilian operations can do so by paying dividends. Michel of Latina Finance says dividends can be paid locally or offshore—if the investment has been registered in the country with the central bank. He says a registered investment needs to build up a legal reserve of 20% of paid-up capital before it can distribute retained earnings. There is no tax on dividends in Brazil—whether paid locally or offshore.

Another way to repatriate funds is as commercial invoices. Yet, as Donoso points out, that involves exposure to foreign exchange, which impacts the profit-and-loss statement as firms have to buy US dollars.

Treasurers in the Brazilian market have always had to contend with convoluted regulations. For companies from abroad managing their treasury operations in Brazil, it can seem an unnecessarily complex and strict regime. Donoso believes that in some respects the regulations are becoming even stricter. She points to the new taxes on transactions and the implementation of a new rule on thin capitalization that prevents intergroup loans.

Michel, however, notes that Brazil has developed its own standards but is not as difficult to navigate as those of other BRIC countries. When compared with markets like China and India, it is not as restrictive. “Brazil is more of an open market,” Michel says. “It is just the bureaucracy that companies have to contend with.”