Onshoring renminbi funds issued in the offshore markets is becoming easier, but it is still a complex process. Getting regulators involved early can help. 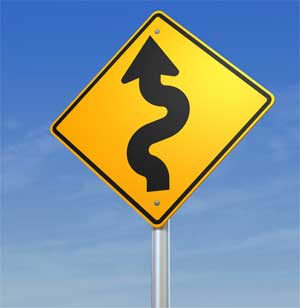 China is ever more important in the global economy, and companies worldwide are expanding both their trade with China and their mainland Chinese operations. Being able to fund mainland operations by raising yuan in the offshore market is on the radar of many companies. And as numerous examples have shown the value of the exercise—both in reducing foreign currency risk and in providing cheaper financing at longer tenors than is available on the mainland—more companies are looking offshore.

For those companies that are bringing yuan to the mainland, it is not an easy road. But solid planning and early interaction with the Chinese authorities can go a long way to smooth the process.

Plus, a new rule from the People’s Bank of China (PBoC)—and plans for a whole new rulebook on RMB foreign direct investment (FDI), which is expected by year-end—could change the game and make the process much more straightforward.

The PBoC announced a new rule in late June on cross-border renminbi FDI that specifies that all foreign enterprises are allowed, in principle, to raise renminbi funds in the offshore markets and repatriate those funds to mainland China as foreign direct investment.

This is a big step forward from the previous arrangement—in which all onshoring of renminbi was reviewed and approved on a case-by-case basis.

In addition, the PBoC plans to release a set of rules governing the process by year end.

On the announcement, Hong Kong Monetary Authority chief executive Norman Chan noted: “Once the new rules come out, it will provide a greater degree of certainty and easier access by investors when they have renminbi funding in Hong Kong and elsewhere.”

But as yet the process has not changed.Each company must still inform the Chinese authorities and must go through the same steps that they would if they were bringing any foreign currency into the mainland. In almost all respects the contribution of equity from offshore to onshore would be the same in terms of the capital verification process and remittances.

For any capital account item, there is a remittance application process that companies must go through.

Companies launching a renminbi issue in the Hong Kong market—or in Singapore, which is working to develop its own offshore market—need to secure Chinese authorities’ buy-in as early as possible in the process, and keep them informed as steps progress.

"Even with new regulations, [onshoring funds] would still involve an approval process"

"Get in [to Chinese authorities] early" – Mitchell Silk, Allen & Overy

The most effective way of dealing with approval risk is by informing the regulator in advance, he explains. “Get in early, show compelling business needs and include a statement of why the proposal is in line with policy.”

A couple of developments over the past year have made it easier for firms to issue renminbi deals in Hong Kong.

Companies are now allowed to issue in renminbi through their existing medium-term-note (MTN) programs—rather than just as stand alone deals. This makes the process much easier, notes Tee Choon Hong, regional head of capital markets for Northeast Asia at Standard Chartered. “The ability to issue off the MTN program helps companies in standardization of documents and speedy execution,” he says.

It does not require a whole new set of documentation, merely a tweaking of existing ones. Plus, both Euroclear and Clearstream are now accepted as offshore renminbi clearing and settlement houses.

This is slowly moving renminbi bonds to a closer approximation of other Eurobond issues, which helps investors and companies get more comfortable with the product.

Increasing flows onshore could have a broader currency market impact down the road as volumes rise, and may affect Chinese monetary policy going forward, one lawyer notes.

The lawyer explains: “China must consider what the impact will be on balance of payments and other monetary impacts it will have. In the grand scheme of things, while some of the transactions have been in the hundreds of million of dollars, this is minuscule on a relative basis.”

“It will not give regulators any cause for concern right now,” the lawyer says. “But as the market grows, this certainly is something that will be subject to further regulatory scrutiny.”

Meantime, companies are taking advantage of the opening market to fund their mainland operations without taking on additional currency risk.

As companies expand in China, having access to cheap, longer-term funding is critical. It is still a winding road, but market developments and regulatory changes are making it easier for companies to bring offshore renminbi to the mainland.