TO HAVE AND TO HOLD

Corporates are hoarding record levels of cash, but with counterparty risk increasing in the banking sector, FDIC coverage changing and money market funds looking risky, where can they park their cash for safekeeping? 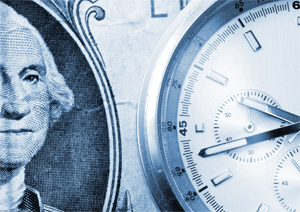 Multinational corporations may be sitting on near-record levels of cash, but choosing a safe haven for their funds in the current climate is far from straightforward. In light of recent bank downgrades and the impending end of unlimited FDIC insurance—not to mention the eurozone crisis—counterparty risk exposures are something of a moving target. Given these concerns, what are international companies doing to keep their cash safe?

Managing cash effectively has become a greater concern than ever as corporate cash levels have risen in recent years. Companies in the US have cash levels of more than $1.7 trillion; companies in Europe are holding almost €2 trillion ($2.48 trillion), and UK companies are hoarding more than £730 billion ($1.14 trillion)—around 50% of GDP—according to figures published by Treasury Strategies. Companies began hoarding cash in 2008 when credit became scarce during the financial crisis. As this trend has continued and counterparty risk concerns have ramped up, the question of what to do with this cash has become more pressing.

Yield has dropped off the radar as a priority for most companies in the low-interest-rate environment, but security and liquidity are greater concerns than ever. The continuing threat of a eurozone breakup represents a particular concern for corporate cash managers around the world. "We are reducing our euro position as much as we can," comments Jack Spitzer, assistant treasurer of Starwood Hotels & Resorts Worlwide. "We spend a lot of time monitoring the legal entities, understanding where our cash is being held inside the banks and monitoring the ratings. In the last 60 days there have been a lot of downgrades, so from a strategic perspective counterparty risk has become a much bigger issue."

Indeed, sweeping euro funds out of Europe has become "standard operating procedure" for many companies as they try to anticipate a euro breakup proactively, according to Jeff Wallace, managing partner of Greenwich Treasury Advisors. Companies including GlaxoSmithKline and Reckitt Benckiser have stepped up efforts to sweep cash out of Europe in the current climate—although other companies with similar processes in place say that such techniques are merely their usual business practice and were put in place long before the eurozone sovereign debt crisis began.

But not all cash managers are adopting this approach. John Gilhooley, cash manager at Omnicom Capital, says that the communications company currently has no plans to sweep funds out of Europe. He adds that the situation is being closely monitored on a daily basis. Neil Peacock, cash manager at Swedish-Swiss engineering firm ABB, is also monitoring the situation closely. He says: "It's worth having a contingency plan, but pulling money out of Europe now would just accelerate the issue."

The eurozone issue may be the most pressing concern for many treasurers, but other factors are also affecting corporate cash management strategies. In the US the full Federal Deposit Insurance Corporation (FDIC) coverage, which was put in place at the end of 2010, made non-interest-bearing transactional demand deposit accounts particularly attractive for companies looking to minimize risks.

However, the unlimited insurance period is due to expire on December 31, 2012, when insurance coverage will be limited to $250,000 for each bank a company deposits with. With corporate balances no longer enjoying unlimited insurance, will treasurers begin to revisit their cash management strategies?

"In my opinion, it's not impacting us," says Spitzer. "I would say two years ago or a year and a half ago it would probably have had a bigger impact, because there was greater concern than there is today. In 2008–2009 I was very much interested in that sort of backing to make sure there was some sort of fallback in case any of our bank relationships failed. I think time has hardened me from a fear perspective—there is no longer the same level of concern."

Nevertheless, the return of insurance coverage limits is likely to lead some companies to reevaluate their deposit decisions. "The situation regarding the end of unlimited FDIC insurance will be looked at in greater detail as we get closer to the fourth quarter," says Gilhooley, who adds that the impact to Omnicom is likely to be limited as the company uses automated investment sweeps and does not normally carry large cash balances.

Companies that are concerned about the reduced level of FDIC insurance have few alternatives available to them. One possible investment vehicle for US corporates is the Certificate of Deposit Account Registry Service, which allows treasurers to invest funds with a single bank that then spreads the deposits among different institutions, so the insurance limit is not exceeded for any of those institutions. "I see a greater movement into CDARS to deal with the fact that the government is not guaranteeing $100 million deposits," comments Greenwich Treasury Advisors' Wallace.

Money market funds were once commonly used by treasurers as an investment vehicle for their short-term cash. But since the Reserve Primary fund broke the buck in 2008, such funds have become the subject of regulatory scrutiny in both the US and Europe. "I really wonder about the ability of these funds to meet the demands for cash in the event of a liquidity crisis caused by a euro breakup," Wallace comments. He argues that in light of these concerns, directly owning US treasuries is preferable to putting funds in an institutional MMF.

"It's worth having a contingency plan, but pulling money out of Europe now would just accelerate the issue"

Regulators are considering various interventions designed to avoid a future liquidity crisis among MMFs, such as moving from a constant net asset value (CNAV) model to a variable (VNAV) model. Such a development would not be welcomed by the majority of treasurers, according to a survey by Treasury Strategies, which indicated that 79% of US investors would use MMFs less—or stop using them altogether—if funds were required to move to a VNAV model. Nevertheless, regulatory changes to the model may well materialize.

With companies holding high levels of cash, choosing a suitable location for short-term investments is crucial. But the turbulent conditions and evolving regulatory landscape make this more of a challenge than ever. As such, companies are paying close attention to their counterparties and are continuing to monitor exposures.