Companies with European operations are discussing SEPA, but so far they are not doing much. 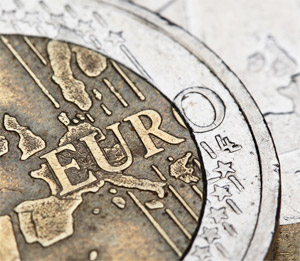 The European Commission's announcement that February 1, 2014, is the deadline by which banks and corporates must process credit transfers and direct debits through the Single Euro Payments Area has served as a wake-up call. Corporations, including those that had assumed SEPA would never be legally enforced, are beginning to plan for compliance.

The earliest adopters were multinationals that were already implementing companywide payment centralization and standardization programs, particularly utilities and telecoms companies, which have millions of direct-debit customers to migrate to SEPA-compliant solutions. Since March this year, however, companies across all sectors—from oil and gas to pensions—have been on the case.

"There's been a massive ramp-up of corporate action on SEPA. We really noticed the pickup begin at the end of March," says Garry Young, director of corporate services at Logica, which is working with several new bank partners, including Rabobank, to help their corporate clients implement SEPA programs.

But many companies have made little progress yet. Ad van der Poel, product executive for payments and receivables for global treasury solutions, EMEA, at Bank of America Merrill Lynch, says: "I think actual activity will start in the second half of this year."

Companies may have their work cut out for them. Almost 30% of SEPA-eligible credit transfers throughout the eurozone were processed through SEPA payment instruments in May, but less than 1% of SEPA-eligible direct debits were processed under SEPA. Migrating the vast numbers of direct-debit mandates from legacy payment instruments to SEPA will present one of the biggest challenges and costs, whether companies use a third-party mandate manager system or choose to do it themselves.

Existing mandates can be grandfathered, but need to include SEPA-specific data, and the creditor must maintain those mandates. Companies operating in several countries with separate enterprise resource planning (ERP) systems may also require several different interfaces to their mandate manager. Credit transfers, though less problematic, also need to be communicated in IBAN/BIC (international bank account number/bank identifier code) and will require changes to a company's communication with counterparties, to its database and ERP system and to its reconciliation.

For some corporates questions remain about the implementation process—for example, whether their banks can support their clients' migrating to the XML formats that are mandatory for SEPA transactions. Resolving these issues is also delaying migration.

RISKS TO THE SEPA VISION

The worsening European debt crisis has prompted some corporates to question whether a single euro payments system is even viable. Van der Poel says: "Corporates outside the eurozone are asking whether they need to invest in SEPA when there's a risk of the euro disappearing altogether."

Van der Poel notes that this is highly unlikely. "Even if it did occur, a pan-European, multicurrency system could still survive," he says. "So with the end date in place, corporates still need to ensure they are SEPA-compliant."

For Young the biggest risk to SEPA is that companies pursue a short-term fix and miss the benefits of rationalization and standardization that SEPA should deliver in improved cash visibility and control, risk reduction and lower costs. "The last thing companies want is for their French, German and Italian subsidiaries to implement different SEPA solutions," Young says. "They could end up with more costs, more risk and less visibility."