THE ALLURE OF ETHICAL BANKING

Islamic banks in the Gulf region are tapping into growing demand for ethical banking and are upping their game in structuring sukuk and wholesale banking services. 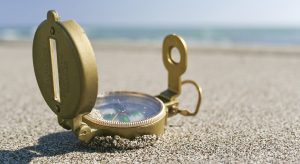 Ethical banking services continue to be one of the fastest-growing segments of the financial world, as Muslim investors seek to avoid “riba,” the acceptance or charging of interest, and as non-Muslim institutions increasingly find sukuk, or Islamic bonds, to be an attractive investment alternative. Islamic financial institutions in the Middle East are stepping up to the next level and challenging regional and global banks in sukuk underwriting and wholesale banking services, as well as retail banking. They are also leading by example in pushing more-ethical banking practices worldwide.

Mohammed Sulaiman Al-Omar, CEO of Kuwait Finance House, notes that as Islamic banking rapidly changes from ordinary [retail] business to international finance, it places numerous challenges on banks, such as offering new and competitive products: “Islamic banks need competent management, a series of integrated products and services, a shariah board, a large and diverse client base, advanced technology and the ability to structure and manage deals and establish strong relationships with regional and global banks.”

Religious and cultural differences will not obstruct the growth of the Islamic banking industry worldwide, Al-Omar says. “Professional banking that is based on a solid platform and ethics is highly demanded anywhere in the world,” he says. “However, Islamic banks still need to implement international accounting standards and find more standards that suit Islamic banking.”

Because they are relatively new in the field, Islamic financial institutions need to enrich their expertise and innovate with new tools, Al-Omar says. “The client, regardless of their culture or background, tends to prefer the factor of trust over other factors that are also important. That is why it is so important to abide by proper methodology when conducting business,” Al-Omar says.

Non-Muslim investors from the US and Europe have purchased a growing share of recent sukuk issues, not necessarily because sukuk are ethically structured, but because they are outperforming conventional bonds and offer portfolio diversification. Sukuk have become an attractive alternative investment class bought by investors worldwide.

ETHICAL BANKING IS GOOD FOR YOU

According to Tirad Al-Mahmoud, CEO of Abu Dhabi Islamic Bank (ADIB), Islamic banks have enormous untapped potential as a business model based on faith and compliance. “There is a high demand for ethical banking solutions, especially in the aftermath of the global financial crisis,” he says. ADIB plans to expand its Egyptian subsidiary, the National Bank for Development, and to convert it to an Islamic institution. NBD recently signed its first shariah-compliant syndicated project financing in Egypt, for East Delta Electricity Production.

Steve Troop, group CEO of Barwa Bank, a fast-growing shariah-compliant bank in Qatar, says: “The beauty of the sukuk origination activity is that it is an intellectual capital business. Its success depends on the kind of people we are able to put in front of potential issuers. We have a small but very experienced team and a very strong pipeline.”

Established in 2009, Barwa Bank began operations in 2010 and became a top 10 underwriter of Gulf Cooperation Council sukuk in 2012, when it was a co-lead arranger of Turkey’s $850 million sovereign sukuk and Dubai’s $1.25 billion sukuk, and joint lead manager on Qatar’s $4 billion sukuk.

BANKING BOOM
“In a congested marketplace, we identified Islamic capital markets as an area where we could add value, differentiate and demonstrate leadership,” Troop says. Barwa Bank has a network of six retail branches, but it is predominantly a corporate bank with significant treasury operations and a full range of shariah-compliant products and services.

In a sign of the broad appeal of sukuk, Troop says distribution statistics show that up to half of recent issues have ended up in the portfolios of conventional funds. “They buy them for value,” he says. “From their perspective, the structuring is irrelevant.”

Adel Abdul Wahab Al-Majed, chairman and managing director of Boubyan Bank, says: “There is an Islamic banking boom all over the world. In Kuwait, Islamic banking has been growing faster than conventional banking for the last three years.” National Bank of Kuwait took control of Boubyan Bank last year, when it raised its stake to 58%. “We now have NBK’s strength with an Islamic flavor,” Al-Majed says.

As a result of a major new companies law for Kuwait, which became effective in November 2012, the country now has corporate regulations regarding sukuk and convertible bonds, which are critical to the development of the Islamic finance market. “This major reshuffling of commercial law will unleash a large volume of sukuk by the end of this year,” Al-Majed says. 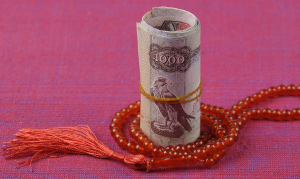 The new companies law also includes a “one-stop shop” for incorporating and licensing a company, as well as a requirement that companies adhere to the best practices of corporate governance.

Conventional and Islamic finance are now at the same level, according to Al-Majed. “The delivery and product strength are no different,” he says. Asked what can be done to make the sukuk market more liquid, Al-Majed says, “This negative is really a plus. There are not enough issues in the market. People are hungry for this type of market, but it has to mature. We want to buy, but there is nothing in the market.”

"There is a high demand for ethical banking solutions, especially in the aftermath of the global financial crisis."