Ermakova assumed the chairmanship of the central bank in August 2011 under somewhat controversial circumstances. Her predecessor, Petr Prokopovich, retired against a backdrop of spiraling inflation and currency devaluation. Ermakova certainly has her work cut out for her. After its gold and FX reserves fell dramatically in 2011, the bank is focused on shoring them up in order to achieve a more favorable sovereign credit rating. Ermakova has also gradually chipped away at the refinancing rate. By the end of this year, the refinancing rate is expected to reach 20%–23%. Her biggest battle, however, is inflation, which exceeds 60%. 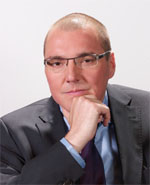 Unlike some of his European counterparts, Singer is not confronted with a high public- sector deficit or an overleveraged banking sector. Instead, his challenge is a stagnant economy that relies heavily on exports to other European countries. After leaving rates unchanged in the first five months of this year, four members of the central bank’s board voted in June to lower the two-week repo rate by 25 basis points to a record low 0.5%. The Lombard rate was also lowered by 25 basis points to 1.5%. However, three members voted to leave the rate unchanged. Instead of being single-minded about inflation, Singer left no doubt that at the moment, the bank can afford to be accommodative.

It isn’t quite a year since the former governor of the Bank of Italy assumed the reins at the European Central Bank, filling the shoes of Jean-Claude Trichet. His predecessor found himself between a rock and a hard place when it came to the extent of the ECB’s intervention in eurozone bailouts and bond buying. Draghi has also struggled to put a lid on Europe’s debt crisis. Nine months into his tenure, the ECB reduced the deposit rate to zero. In July, Draghi said the ECB was “ready to do whatever it takes” to preserve the single currency. Draghi, unlike most other central bank governors, is working under heavy and contradictory political pressure from various members of the ECB. On top of that, he has been able to put pressure on governments and finance ministers, and lately to isolate for the first time the main representative of the Bundesbank in the ECB Council. In September, he announced open-ended bond purchases of up to three years in maturity, his strongest move yet to protect the euro. 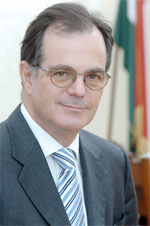 In July, Simor was preoccupied with non-monetary policy matters when his ongoing battle with the country’s president, Viktor Orbán, reached new lows. The president decided to extend a financial transaction tax to include certain deposits lodged with the central bank. Simor reportedly described the tax as “nonsensical and illegal.” Despite the less-than-rosy economic outlook for Hungary, which has requested financial assistance from the EU and the IMF, Simor has remained resolute when it comes to keeping the base rate unchanged at 7%. He is preoccupied with inflation rather than trying to do what he can to stimulate economic growth. 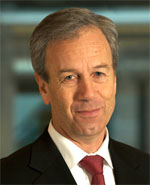 Olsen took over from his esteemed predecessor, Svein Gjedrem, as central bank governor in January 2011. Since then, Olsen, a former finance minister, has had to contend with a rising krone, which has become popular in light of rising Brent crude oil prices. A strong krone is not good for Norwegian exports, however, and Olsen and Norges Bank’s executive board wasted no time in reducing the key policy rate by a quarter point to 1.5% at its March meeting. Successive meetings of the executive board in May and June left the key policy rate unchanged. Although his predecessor was known for his inflation targeting, Olsen is taking a more flexible approach, enabling him to balance inflation considerations against other factors. 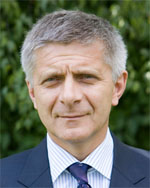 Belka has continued to wage a fight against inflation. Core inflation slowed in May, only to shoot back up again in June to 4.3%, well above the central bank’s target of 2.5%. After a year of leaving its benchmark rate unchanged, Belka was under pressure to do something to keep inflation at bay. However, at its June and July meetings, the Monetary Policy Council kept its reference rate at 4.75%. Belka and the council appear to have missed the window of opportunity for raising rates, as economic growth in Poland is slowing. With CPI and core inflation both rising, Belka has to perform a delicate balancing act. 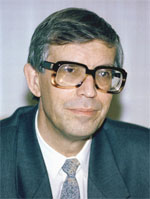 Last year Ignatiev was battling inflation in excess of 9%. This year inflationary pressures appear to have eased, with the Bank of Russia voting to keep refinancing and interest rates unchanged. In May, core inflation declined to 5.3%, and despite increases in regulated prices in the second half of 2012, the bank expects inflation to remain within its target range. In June, Ignatiev was forced to make an unprecedented announcement to steady declines in the ruble following oil major BP’s noises about exiting the Russian market. Ignatiev tried to calm markets by saying that his entire savings and that of his family’s were in rubles. The central bank is also under pressure to increase transparency and to ensure a strengthened financial system. 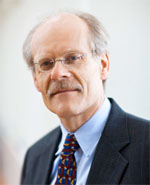 In contrast with some of his European counterparts, who have eased monetary policy in light of weakened economic conditions, Ingves is expected to keep rates unchanged. After cutting the repo rate to 1.5% in February, he and other members of the Riksbank’s executive board resisted the temptation to use monetary policy as a cure-all and to indulge in crystal-ball-gazing when it comes to predicting the probability of catastrophic scenarios. Ingves is of the view that monetary policy is limited in terms of what it can do when it comes to the labor market, which he says, is more influenced by structural factors. Recently, commentators have questioned the Riksbank’s foreign exchange strategy as the Swedish krona hit new highs against the euro.

Grade: Too early to say

In January former Swiss National Bank governor Philipp Hildebrand was forced to resign, following a series of controversial FX trades by his wife. His successor, former vice chairman of the governing board Thomas Jordan, was officially appointed chairman in April. His appointment came on the back of rapid appreciation of the franc, viewed as a safe-haven currency. This prompted the SNB to introduce a currency floor of CHF 1.20 per euro. In its June statement, the bank said it was prepared to buy unlimited quantities of foreign currencies to defend the floor. Jordan has his work cut out and will need to remain vigilant, having already purchased billions of euros in May and June as the eurozone crisis worsened.

Last year it was too early to assign a grade to Başçi who succeeded Durmus Yilmaz as governor of the central bank. As deputy governor during Yilmaz’s reign, his appointment held no surprises, and he has chosen to continue Turkey’s unorthodox monetary policy, which entails the use of higher reserve requirements rather than rate increases. Although annual inflation increased to 8.87% in June, the central bank says year-end inflation forecasts are likely to be revised slightly downward because of recent favorable developments. So far, Başçi has proved decisive, instituting measures such as the interest rate corridor to limit the depreciation of the Turkish lira in light of global risk deleveraging by investors.

In July the National Bank of Ukraine refuted speculation about devaluation of the hryvnia. The bank has reduced its share of transactions in the market to stabilize the exchange rate. Faced with a low-inflation environment, in recent months Arbuzov has demonstrated his economic credentials, taking measures to promote economic growth through a revival in bank lending. In March the bank reduced its refinancing rate by 25 basis points. Arbuzov says the bank ramped up its interest-rate-policy efficiency, cutting interest rates on refinancing transactions three times since the beginning of the year. The central bank has also provided a framework for more-flexible liquidity management by gradually reducing reserve requirements to help banks enhance their performance.

With its base rate at 0.5% for the past three years and a UK economy that has slipped back into recession, there is little room for the Bank of England to maneuver. Quantitative easing has had a limited impact on economic growth, forcing the BoE to think outside the box. One measure it has implemented is a funding-for-lending scheme to lower borrowing costs, sparking questions as to why it was not introduced earlier, before the economy decidedly worsened. King also found himself embroiled in the Libor scandal, with reports suggesting that he put pressure on Barclays’ board to let CEO Bob Diamond go. King appears to relish the prospect of the BoE’s being given back powers to regulate the banks, stating that next time it sees risks building in the financial sector, it will be able to do something about it.