The central bank of Algeria, Africa’s second-largest oil producer, has kept its discount rate at 4% for the past few years to encourage investment, but inflation has eroded purchasing power. Maintaining social stability is of primary importance to the government, which provides subsidies for food, transportation and housing. The central bank attempts to mop up increased liquidity in the banking system created by rising oil and gas revenue and government spending. The economy grew by 2.9% in 2011, while the nation’s currency depreciated by about 10%. Political and economic reforms have been promised, but the country lacks a significant diversification program.

Angola’s central bank has kept its lending rate unchanged at 10.25%, following a quarter-point cut in January. The bank formed a monetary policy committee last year to improve management of the economy, after the International Monetary Fund granted Angola a loan in 2009 to help it recover from a balance-of-payments crisis. Angola’s GDP expanded at a 3.7% rate last year and could expand 8% this year as oil production increases, according to the IMF. Angola’s inflation averaged 14.5% last year, but the central bank is targeting a rate of less than 10% this year. Despite the country’s attempts to diversify its economy, oil still accounts for 90% of export income.

Bahrain’s economic growth slowed to 2.2% in 2011 from 4.5% a year earlier, as social unrest forced businesses to close temporarily and clouded the investment climate. The central bank has held its one-week deposit rate at 0.5% and its overnight deposit rate at 0.25% since 2009. A number of projects have been put on hold, and promised political and economic reforms have stalled, as sporadic pro-democracy demonstrations have continued. The combination of an easy monetary policy and heavy government spending could boost growth somewhat this year. The financial sector has been relatively unaffected by the civil unrest, and the country can count on $10 billion of financial support from other countries in the Gulf Cooperation Council.

The inflation rate in Ethiopia was over 38% last year and interest rates remained deeply negative. Nonetheless, the country’s GDP growth reached 7.5% in 2011 and is expected to remain around 7% in 2012. The country’s interest rates are purposely kept low as part of Ethiopia’s development strategy. Rising global food and oil prices were partly to blame for the high rate of inflation in 2011. The International Monetary Fund has been advising the country to raise interest rates, but to no avail. It says the high rate of inflation will have a negative effect on poverty reduction and could make it very difficult for Ethiopia to manage its economy effectively. The inflation rate has slowed this year to around 25%. 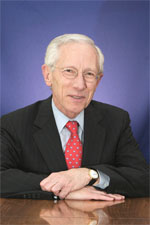 The Bank of Israel says: “The path of the interest rate in the future depends on developments in the inflation environment, growth in Israel, the global economy, monetary policies of major central banks and developments in the exchange rate of the shekel.” Israel’s economy grew at a 3.2% annual rate in the second quarter. The central bank cut its policy rate by a quarter point to 2.3% in late June, citing worries about economic problems in Europe, Israel’s largest trading partner. Fischer says half of all economic crises begin in the real estate market, and that the Bank of Israel is following developments in that market very closely. Meanwhile, the Israeli government is raising taxes and cutting spending to attack the budget deficit.

After holding its benchmark rate unchanged at 18% for six months, the central bank cut the rate to 16.5% in July. Kenya’s inflation rate has declined from a peak of 20% last November to around 10%. The country’s GDP grew 4.4% in 2011 and is expected to increase about 5% this year and next. The banking system is stable, and access for consumers is increasing via mobile phones. Beneficial rains this year are expected to boost coffee and tea exports. However, the central bank is keeping an eye on Europe’s debt crisis and next year’s general elections in Kenya.

Grade: Too Early To Say

Al-Hashel, who was made deputy governor of the central bank in 2009, was promoted to the top job in March, when sheikh Salem Al-Sabah, a member of the ruling family, resigned after 25 years as governor. Al-Hashel holds a PhD in finance from Old Dominion University in Virginia. Kuwait’s monetary policy is limited because the dinar is pegged to an undisclosed basket of currencies, which is likely dominated by the dollar. The oil-producing country has enjoyed 13 consecutive years of budget surpluses but is facing rising public-sector wage and pension costs. Frictions between the government, appointed by the ruling family, and the elected parliament have stymied progress on implementing the country’s ambitious development plan.

Members of the Gulf Cooperation Council (GCC) countries urged their nationals to leave Lebanon in August, amid worries about the effects of the fighting in Syria. Meanwhile, the US Treasury has urged Lebanon’s banks to take extra caution in handling transactions with Syria. Salameh says Lebanon’s central bank has stepped up efforts to fight money laundering, but it is still an issue, and Salameh must continue to push on this front. He has stressed the importance of Lebanon’s continuing to attract foreign direct investment, given the country’s balance-of-payments deficit. While political risks are outside his control, Salameh says the central bank is committed to exchange rate and interest rate stability.

Morocco was forced in August to accept a $6.2 billion precautionary credit line from the International Monetary Fund, as its economy was hit by a drought and declining export and tourism revenue from Europe. Bank Al Maghreb, the central bank, cut its overnight lending rate to 3% from 3.25% in March, its first rate reduction in three years. However, the country’s commercial banks increased their rates by one-half point, citing a lack of liquid assets. The balance of payments deficit rose in 2011 to 6.1% of gross domestic product. In return for the IMF loan, the government has agreed to reform the pension system and reduce energy and food subsidies.

Nigeria’s oil-dependent economy grew at 7.4% rate in 2011 but is expected to slow significantly this year, owing to disruptions to oil production and weakening demand for crude from developed countries. Nigeria’s central bank kept its policy rate on hold at 12% in July but tightened liquidity to support the naira currency. Sanusi said interest rate cuts were not the answer to stimulating economic growth and could cause inflation to worsen from already high levels. The central bank raised the cash reserve requirement for lenders to 12% from 8% and reduced net open foreign exchange positions to 1% from 3%. It also blocked banks that borrow naira from its official window from using those funds to buy dollars at its currency auctions.

Qatar pegs its currency to the dollar, which limits its monetary policy flexibility. The country’s banks have become increasingly reliant on foreign lenders for long-term funding to meet soaring demand for project financing. Qatar is upgrading its infrastructure ahead of 2022, when it will host the World Cup of soccer. The country is one of the world’s biggest exporters of liquefied natural gas. Its economy grew 18.7% last year, but growth in GDP is expected to slow to about 6% this year, as fewer new energy projects come online. Last year the government raised salaries and pensions for Qatari citizens working in the public sector by 60%, but so far inflation has remained subdued, with the supply of housing exceeding demand.

Mubarak was named to head the Saudi Arabian Monetary Agency in December 2011. He previously was chairman and managing director of Morgan Stanley Saudi Arabia and also has headed the Saudi stock exchange. Mubarak holds a PhD in business administration from the University of Houston in Texas. Saudi Arabia’s economy expanded at a 7.1% rate in 2011, and the International Monetary Fund expects growth of 6% this year. The kingdom pegs its currency to the dollar, and policy rates have remained unchanged this year. Saudi Arabia has kept its oil production at very high levels, and in June it passed Russia as the world’s largest producer. 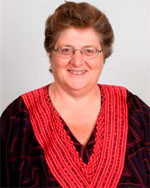 The Reserve Bank cut its repurchase rate by half a point to 5% in July. Marcus said that this alone won’t overcome challenges facing the economy, but can help alleviate pressures felt by some sectors. She had warned earlier that global economic developments could hurt South Africa’s economic growth, while the depreciation of the rand poses an inflation risk. Inflation remains at the upper end of the central bank’s 3%–6% target range, but is expected to edge lower later this year. The bank does not have a target level for the rand.

Interbank lending rates in the UAE have fallen to multiyear lows, indicating ample liquidity in the market. Deposits are growing faster than loans. Meanwhile, Dubai’s default risk has declined, following a series of debt-repayment agreements. Lending growth remains slow, however, with limited demand from the real-estate sector. The UAE is a major oil producer. Its GDP growth reached 4.2% last year but is expected to slow to about 3% this year, as a result of the eurozone crisis and slower global growth. Like most of the other countries in the Gulf, the UAE’s currency is pegged to the dollar.