Africa’s mobile-banking boom is a complicated tale of East versus West. But who’s approach will prove right in the end?

Mobile banking is a force for social and economic change in Africa unlike anything seen before. Of the world’s 81.8 million mobile-money customers, 56.9 million are in sub-Saharan Africa, according to the GSMA, a London trade association representing some 800 wireless carriers. 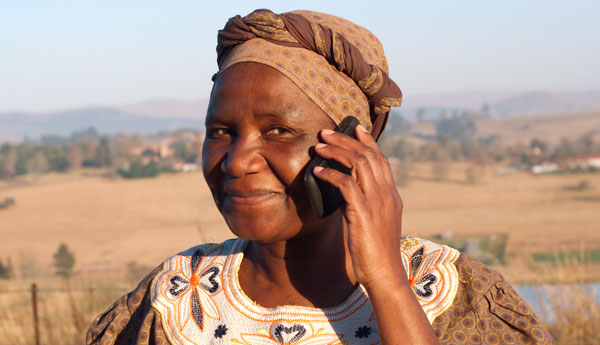 But there are troubling signs that not all regions are benefiting equally from this financial boom. Increasingly, the deployment of mobile-money and mobile-banking services on the continent has become a tale of two Africas, with a great divide separating East and West. According to the most recent GSMA study of global mobile-money adoption, there are 48.5 million subscribers in Eastern Africa compared to just 7.8 million in Western Africa.

“There are now more mobile-money accounts than bank accounts in Kenya, Madagascar, Tanzania and Uganda,” says Claire Penicaud, author of the GSMA study. “But while there is an increasing number of sprinters, there is also a persistent number of slow-growers who have not reached commercial scale. The reality is that mobile money remains a complicated business.”

What accounts for the great disparity between East and West on the African continent, and can it be bridged anytime soon? Much of the success that Eastern Africa has experienced is thanks to Kenyan mobile carrier Safaricom and its M-Pesa mobile wallet, which launched in 2007 and today has 15 million users conducting more than 2 million daily transactions.

The GSMA estimates that over 60% of Kenya’s GDP moves across the M-Pesa platform each year. In Tanzania and Uganda, where M-Pesa has satellite services, that figure is 30% and 20% respectively, signifying impressive levels of penetration far exceeding anything in North America or Europe for mobile money.

M-Pesa has recently begun partnering with financial institutions to become what is, in effect, a full-service bank branch. South Africa’s Standard Bank, a pan-African financial institution, is a typical Safaricom partner. “Our mobile services are seamlessly integrated into M-Pesa,” says Gustav Vermaas, head of mobile and Internet banking for the lender’s operations outside its home territory. “A big driver for our digital strategy is the ability to easily move funds between bank accounts and mobile wallets,” he adds.

Apart from offering basic banking, Standard Bank is working toward making its mobile wallet, which in all cases is linked to an account, the primary payment mechanism for clients and a distribution channel for a variety of financial products, including investment and insurance.

Nearly 2,000 miles from Nairobi on the Atlantic coast of Africa, Nigeria has also jumped aboard the mobile juggernaut sweeping Africa. With a population of 162.5 million, Nigeria is nearly four times the size of Kenya, and its annual GDP of $244 billion is seven times bigger. Yet despite its size and stated goal of becoming a cashless society, Africa’s most populous country is far behind Kenya in the mobile-money race.

Kenya’s four-year head start partly explains the difference in adoption rates. But some industry analysts point to another reason. The two countries, both pillars of sub-Saharan Africa, have dissimilar regulatory regimes for mobile money and mobile banking.

While Kenya’s mobile revolution in financial services is being driven by Safaricom, a wireless carrier, in Nigeria it’s the banks who have taken a leadership role. In fact Nigeria’s powerful bank lobby has created a regulatory environment where telecommunications companies are prohibited from applying for mobile-banking licenses. Their role is limited to supplying the technical infrastructure that makes mobile banking possible.

Why did Nigeria and many other West African countries choose a different route than Kenya? “The lack of a central switch has made interoperability very difficult in Kenya,” says Yinka Adedeji, director of e-banking at the United Bank for Africa (UBA) in Lagos. “The transfer of money between banks has not readily been an option. Other countries in Africa have seen this weakness and decided not to replicate the Kenyan model of mobile money.”

UBA has acquired a modest 200,000 customers for its U-Mobile banking service since launching at the beginning of this year. The service can be self-activated with a debit or credit card by people with existing accounts; the unbanked can activate it with a prepaid card.

About 90% of the customers of U-Mobile—whose functionality will soon include money transfers from countries where UBA has operations—were already doing business with the bank. “People with bank accounts will adopt mobile banking first, and the unbanked will follow in adoption,” says Adedeji.

But whether this proves true is debatable. “The vast majority of fast-growing deployments are from mobile-network operators rather than banks,” says Penicaud of the international wireless trade association GSMA. “This highlights the importance of creating regulatory environments which allow MNOs to offer mobile-money services along with banks.”

Togo-based Ecobank, the continent’s biggest pan-African bank by reach, with operations in 34 countries including Equatorial Guinea and South Sudan, is taking a hybrid approach to mobile banking. “Ecobank Mobile is working with a number of leading telco partners, together with our own technology platform, depending on the country and transaction requirements,” says Patrick Akinwuntan, Ecobank’s group executive director and head of domestic banking, representing the group’s retail, local corporate, public sector and microfinance businesses. “We’re committed to making financial services available to the underbanked and unbanked in Africa that are convenient, accessible and secure.”

Perhaps in the long run, West Africa’s focus on a central clearing house for all players will prove to be a winner, as an increasing number of banks and wireless operators get into the game. Notes Adedeji of UBA: “Once the banks in Kenya agree to have a central national switch, the monopoly of M-Pesa will be broken.”

Meantime Vermaas has advice for banks embracing mobile: “Design from the outside in. Too many banks allow suppliers or employees to dictate their strategy.” He adds: “The cost of rolling out mobile financial services is always twice what you expect, and the uptake half.”