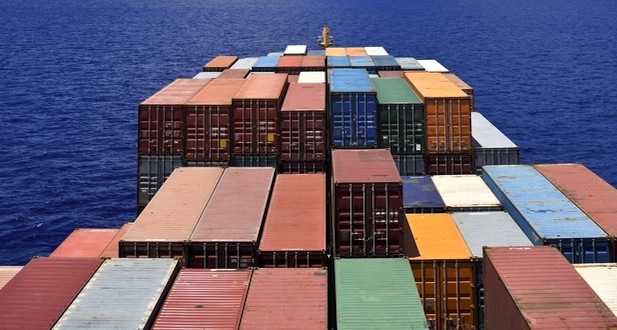 "It's almost as if the trade finance industry hasn't read the newspapers," says Dan Roberts.

Roberts, global head of trade finance at Barclays, is talking about what some in the industry describe as an unsustainable situation in trade finance. Prices for funding have declined by tens of basis points in recent months and do not reflect the real risks that exist in markets like India, for example, where the macro situation is evolving rapidly. Since US Federal Reserve chairman Ben Bernanke first hinted at a tapering off in quantitative easing back in May, the rupee has plunged to record lows against the dollar.

Despite the Fed's recently announced delay in beginning to taper QE, risks still exist that are not yet being priced into trade finance. India also boasts relatively high current-account and fiscal deficits, and ratings agency Standard & Poor's warned of a potential sovereign downgrade . "India can still raise short-term trade finance at 35 bps," says John Ahearn, global head of trade at Citi. "That doesn't make sense. Pricing should be much higher based on the amount of risk."

The main problem is that there is too much capital chasing too few assets. "Australian and Japanese banks are dumping massive amounts of liquidity in the markets without a real concern about returns," says Ahearn. "That is not sustainable, but if you look at Japan from a macro point of view, they are a nation of savers. Japanese banks have all these deposits, and they have got to put the money some place. Trade has high-quality assets, it is short duration and is an excellent place to park liquidity to get some return on it."

Quantitative easing by the Federal Reserve also means the banking system is awash with liquidity, some of which is finding its way into trade finance. But given trade finance's relatively high operational costs, margins are low and banks are sensitive to any small movement in price.

Two years ago talk of European banks deleveraging their balance sheets and exiting commodities trade finance dominated the market. Today the problem seems to an oversupply of capital, although the International Chamber of Commerce and the Asian Development Bank still talk about a trade finance gap worth trillions for SMEs in the southern hemisphere. There's lots of cash out there, but it seems some of it is not finding its way to where it is most needed.

Ahearn believes that a pricing correction in trade finance will happen soon, with several factors forcing the rejiggering. Basel III capital and liquidity requirements are near the top of the list, along with Know Your Customer (KYC) and Anti-Money Laundering (AML) regulations.

Bank executives are still getting their heads around Basel III's leverage ratio, which will require them to hold core Tier 1 capital equal to 3% of their assets during a 'parallel run' period that ends in 2017. "Pricing is likely to go up significantly as a result of the leverage ratio, the question is when," says Ahearn.

Basel III's impact on the economics of the correspondent banking model could also disadvantage trade finance. Under Basel III, Ahearn says, balances banks deposit with one another are not seen as beneficial (they leave quickly) and are therefore not valued as liquidity. "If these balances are not valuable to you, then the cost of trade finance lending has to go up," he explains.

KYC and AML regulations also have implications for trade finance banks. The Financial Conduct Authority in the UK has issued a report on good and poor practices in fighting financial crime. "If you look at the conduct of risk in trade finance, there are some important regulations coming out that, if we don't comply with, the consequences are enormous," says Roberts. "But how many banks are going to be able to afford these investments? Will you see the business migrate to a small number of big players who can make the investments required to stay in the game?"

Given the increased costs of regulatory compliance, banks may be tempted to partner with larger providers in order to service their customers' trade finance needs globally. "There are a large number of banks that only have a 1% share of the trade finance market," says Ahearn. "At some point there needs to be a conversation at these institutions about where they are going? They may want to still provide a service to their clients but without the investment required."

In the meantime Citi has shortened the duration of its trade finance portfolio. "We don't want to put a lot of money out there longer term at these price levels," Ahearn says.