FX EXCELS WHILE OTHER ASSETS FALTER

The FX markets are evolving: Trade and currency internationalization, and the shift toward exchanges, will further this process. 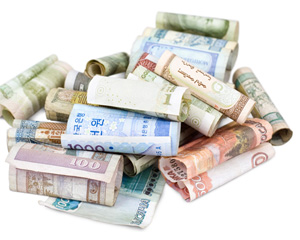 Foreign exchange has proven itself as a separate asset class that can generate alpha, or excess returns, and continue to prosper when other markets are hitting the skids. Liquidity is not an issue in the world’s biggest market, which trades more than $4 trillion daily.

For many years, portfolio investors have used FX overlay programs to protect or enhance returns on other asset classes, such as foreign stocks and bonds. More recently, the FX market has evolved into an arena for hedge funds and algorithmic traders looking to profit from the spread and inefficiencies in currency trading itself. Algorithmic trading, or algo trading, uses computer programs, or “black boxes,” to execute trades. Institutional traders use algo to break big trades into smaller ones to lessen market impact.

“Increasing numbers of our clients are looking to diversify out of the equities markets,” says Tanuja Randery, CEO of MarketPrizm, which provides global trading infrastructure services. “FX trading looks increasingly attractive to many of them, and as a fragmented marketplace, it’s a natural fit for new technologies.”

“The world of FX trading is changing rapidly, with continued growth in electronic and algorithmic trading volumes, the opening of the market to new entrants, and further regulatory initiatives,” Randery says. FX was traditionally a voice—or telephone—market, but it has become increasingly computerized. Just over half of all FX trading is now electronic, so there is room for platforms to make further inroads.

Deutsche Bank introduced its next-generation FX trading platform in July, as part of its commitment to trade €1 trillion ($1.29 trillion) every week within the next two years. The platform is the first to provide a combined electronic and voice blotter showing all trades regardless of their execution channels. The world’s largest FX bank by volume traded, Deutsche says the new platform will enable it to respond quickly and efficiently to change—whether market-, regulation- or client-driven.

Developing regulations will have wide-ranging implications for financial markets. New rules will lead to the bifurcation of FX as an asset class, Deutsche Bank noted in a recent report. Nondeliverable forwards and FX options will migrate to electronic platforms and central clearing as a result of the Dodd-Frank Act, and spot FX trading and FX swaps and forwards will continue to be traded on a bilateral basis in the over-the-counter market. 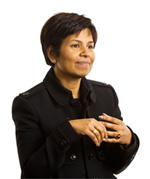 "As a fragmented marketplace, FX is a natural fit for new technologies"

“Buyside firms must ascertain whether they qualify as end-users that may fall outside of clearing requirements, or if they are required to register as a ‘major swap participant’ or potentially even as a swap dealer,” Deutsche noted. “The consequences of these classifications are significant and will have operational, legal, liquidity and cost implications.”

The shift to central clearing will result in more-standardized data and increased transparency, says Randery of MarketPrizm. “Electronic and high-frequency trading have also added transparency, which has lowered the cost to trade,” she says.

Market inefficiencies result from the fact that not all participants are profit-motivated. Foreign currency is necessary to conduct international trade or pay for dinner as a tourist in a foreign country. According to the Bank for International Settlements, 48% of FX market participants are financial institutions, 39% are individuals and 13% are corporations or central banks.

The FX market is becoming more fragmented with the introduction of more ECNs and platforms, Randery notes. “More and more new entrants are looking to be players, such as hedge funds and Tier 2 banks.” And more traders are joining the fray, including low-latency and algo traders. Latency refers to the time it takes to receive data, make a trading decision and execute a trade.

FX trading, as with other asset classes, is not all about speed. “It’s also about checks and balances, and consistency,” Randery adds. “Some of the recent glitches have been due to insufficient testing of computer algorithms before using them.”

Newer platforms continue to enter the market as costs fall to build a new solution, according to research and consultancy firm Celent. But the challenge for newcomers is to build enough volume and liquidity to be profitable.

The FX market has enjoyed a tremendous run of growth in the past five years, culminating in a peak of $4.7 trillion of daily trading in October 2011, according to an October report from Celent. The average daily volume for 2012 is expected to average about $4.3 trillion, an increase from last year, but down from the peak months of last fall, it says.

“The emergence of FX as an asset class is reflected most in the adoption of spot FX instruments among investors,” the report states. Celent expects the spot market to revive in 2013, but not to 2011 levels—as a result of the weak global economy and low interest rates, which diminish the attractiveness of carry trades.

Market volatility has been lower of late than it was in recent years, and this also has resulted in less activity. “The changing rules and dynamics in the FX platforms are affecting the high-frequency transactions, and this also could be a key reason for the reduced volume growth,” Celent says.

Banks will be most affected by regulation from capital and liquidity requirements under Basel III to a ban on proprietary trading under the Volcker Rule, says Phil Weisberg, CEO and chairman of FXall. “The ability of banks to deploy capital and take risk will be curbed significantly,” he says. “This is likely to benefit the buy side, who will be able to take advantage of greater trading opportunities.”

Regulatory initiatives in the US and Europe are having both direct and indirect effects on the OTC derivatives market, Weisberg says. “While we’ve heard a lot on clearing, and to a certain extent reporting, less is clear about the final rules governing trading and execution of OTC derivatives trades,” he says. “In our view, the rules need to be flexible enough to encompass the widest possible amount of business moving to new exchange venues’ swap execution facilities.”

Weisberg says FXall’s clients are concerned that the rules are going to be overly prescriptive in terms of how to form trades, and they’re worried about the unintended consequences of reducing liquidity. The global nature of the FX market also requires that rules be harmonized across world financial centers. “While regulations may converge in time, any uncertainty in the marketplace is likely to open opportunities for regulatory arbitrage, which together with the extraterritorial reach of US legislation in particular, have the likelihood to impact the FX market the most,” Weisberg says.