The foreign exchange market is going through a period of significant change on multiple fronts. New regulations introduced in the wake of the financial crisis will redefine users of foreign exchange services and divide the market into two main categories: those instruments that demand centralized clearing and those that will continue to be traded in the over-the-counter market. 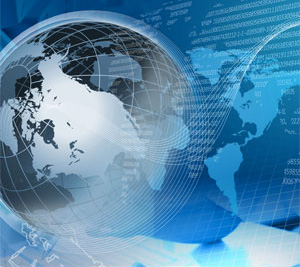 Meanwhile, the liquidity flooding all markets from major central banks of the developed world will have an impact on the currencies of developed and emerging markets alike. Forecasting currency moves is becoming more difficult, and the sovereign debt crisis in Europe isn’t making it any easier.

In addition, the forward march of new technology is buffeting the FX market, increasing transparency, lowering trading costs and enabling new entrants to join. What had been a consolidating industry for many years, with a handful of the biggest banks controlling the bulk of the trading, is beginning to fragment. Hedge funds and regional banks are vying for a bigger piece of the action. Foreign exchange is shifting gears as an asset class—as indicated by the growth of high-frequency, low-latency trading in an environment of narrow spreads.

All of this change is happening at a time when the global economy is slowing and troubling questions are being raised about the viability of fiat money in an age of floating exchange rates. China is taking advantage of its stature as a trading nation and leading economy to push for the international acceptance of the renminbi in offshore markets. It still has a long way to go but is making impressive inroads.

The eurozone debt crisis remains the biggest headline story in the FX markets, although there are signs that policymakers are making some headway. The euro itself has held together and has been surprisingly resilient. The future, however, of both the single currency and the rest of the markets is still very uncertain. Like it or not, we live in interesting times.