High oil prices have enabled the Middle East’s major oil producers to finance infrastructure investments despite the global slowdown. But the jig might soon be up. 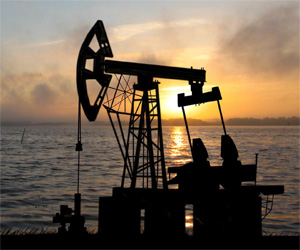 With its massive inflow of oil-export earnings, the Middle East is one of the fastest-growing regions of the world. It is not immune, however, to the global economic slowdown, which threatens to depress energy demand and prices. Meanwhile, new supplies of energy from outside the region are flooding the global market, from US oil-shale deposits and Canadian oil sands to deep-water drilling in the Gulf of Mexico and Brazil, as well as alternative energy sources such as wind and solar. At the same time, there have been significant improvements in energy efficiency, from light bulbs to automobiles.

In the Middle East, Iraq is set to double its oil output by the end of the decade, and it is already the second-biggest oil producer in OPEC, surpassing Iran, according to the International Energy Agency (IEA). Libya’s oil production has returned to near-normal levels following last year’s civil war.

Goldman Sachs, which has long been bullish on the oil market, recently cut its 2013 forecast for Brent crude to $110 a barrel from $130. The IEA forecasts that global oil prices will decline from this year’s average of about $107 a barrel to an average of $89 a barrel over the next five years.

“Over the last three years, long-dated Brent crude oil prices have shown signs of stabilizing around $90 per barrel. This suggests a return to the pricing regime that characterized the crude oil market in the 1990s,” Goldman analysts Jeffrey Currie and David Greely said in a research note to clients. OPEC’s spare capacity anchored oil prices in the 1990s, when oil prices averaged $20 a barrel.

Although Middle East oil-exporting countries have been striving to diversify their economies and create more jobs, the energy sector remains a critical source of income to support government spending on infrastructure development. Oil income has enabled these countries to buck the global economic slowdown, so far.

The International Monetary Fund in October revised its global growth projections downward from 3.5% to 3.3% this year, although GDP growth in the emerging markets and the Middle East is expected to reach 5.3%.

"It would take a major, permanent cut in Asian demand to trigger a steep decline in oil prices"

“Despite the prevailing global economic gloom, Saudi Arabia’s economy continues on a solid growth path,” says Fahad Alturki, senior economist at Riyadh-based Jadwa Investment. The kingdom is likely to register one of the highest growth rates among G20 countries this year, with real GDP up 5.8%, Alturki says.

Higher oil production and prices will generate record Saudi oil revenues of about $287 billion this year, Jadwa estimates. Oil provides about 80% of the country’s budget revenues and accounts for nearly half of GDP and 90% of export earnings.

“The oil market is likely to remain sensitive to two main factors pulling in opposite directions, namely geopolitical risks in the Middle East and risks to the global economic recovery,” Alturki says. “As a result, oil prices are expected to remain volatile in response to progress and regress on these two factors.”

The price of oil peaked at $147 a barrel in July 2008 and plunged to $40 by the end of that year. Recently, it has hovered around $110 a barrel, supported by Iranian threats to create a massive oil spill to block shipping lanes in the Strait of Hormuz. Saudi Arabia has acted as a “swing producer” in OPEC by keeping the market well supplied when disruptions have occurred elsewhere. In April and June of this year, Saudi production exceeded 10 million barrels per day.

“Contrary to what most people believe, oil-supply capacity is growing worldwide at such an unprecedented level that it might outpace consumption,” says Leonardo Maugeri, research fellow at the Belfer Center of the John F. Kennedy School of Government at Harvard University. “This could lead to a glut of overproduction and a steep dip in oil prices,” he wrote in a discussion paper released in June.

The most surprising factor of the global picture, Maugeri says, is the expansion of US oil output. “Thanks to the technological revolution brought about by the combined use of horizontal drilling and hydraulic fracturing, the US is now exploiting its huge and virtually untouched shale and tight oil fields, whose production, although still in its infancy, is already skyrocketing in North Dakota and Texas,” he says. The US could produce 11.6 million barrels per day of crude oil and non-gas liquids by 2020, making it the second-largest oil producer in the world after Saudi Arabia, Maugeri says. A new worldwide recession, a drastic decline in China’s economy or a sudden resolution of the political tensions with Iran could trigger a major downturn in oil prices, he says.

Nobody knows whether weak global economic growth will cap global oil demand in the year ahead and cause oil prices to decline, says Anthony Cordesman, who holds the Burke Chair at the Center for Strategic and International Studies in Washington, DC. The slowdown in demand for energy in the developed world will be more than offset by growth in Asian demand.

“Asia is the driving force behind oil demand, with more and more cars on the roads in China and India,” Cordesman says. “It would take a major, permanent cut in Asian demand to trigger a steep decline in oil prices. But the numbers don’t stack up to indicate that will happen.” In addition, a conflict with Iran could suddenly push prices higher, Cordesman says.“Nobody claims they can predict oil prices,” he says. “I would urge acute caution.”

"Contrary to what most people believe, oil-supply capacity is growing worldwide at such an unprecedented level that it might outpace consumption"

If there were a steep decline in crude prices, it would be felt differently across the region, which includes Qatar, with the highest GDP per capita in the world, and Iraq, which ranks 127th. Countries like Qatar and Kuwait have massive savings and can ride out a temporary decline in oil prices, Cordesman says.

Government spending by Middle East oil-producing countries likely would continue to increase, even if oil prices decline, with sovereign wealth funds able to finance potential fiscal deficits. Luckily for many Middle East oil producers, they have budgeted for much lower prices than now exist.