Prolonged Western concerns and slowing in China are beginning to affect the region’s outlook. It will be up to Latin America’s largest economies to keep the impetus alive. 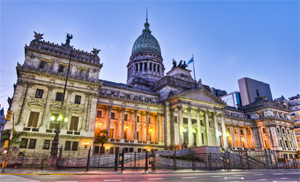 According to the IMF’s World Economic Outlook, released in October, Latin America’s overall GDP will grow by 3.2% this year, down from its April prediction of 3.7%. For next year, the multilateral institution predicts regional growth of 3.9%, down from a previous outlook of 4.2%. Much of the slowdown is a result of weaker growth in Brazil and Mexico, the region’s two largest economies.

The IMF expects Brazil to grow by a meager 1.5% this year, the lowest rate among major emerging markets, recovering next year to 4%. In April the IMF was projecting Brazilian growth of 3% for 2012. European debt woes, weaker demand for export goods, lower commodity prices and even an increase in nonperforming loans following a credit boom are blamed for the declining growth. Mexico’s economy—closely linked to that of the US, which purchases some 80% of Mexican exports—is predicted to grow by 3.8% this year, slowing slightly to 3.5% in 2013.

“The main near-term risks relate to an escalation of the euro-area crisis and the US fiscal cliff,” says the IMF report. It warns that, in view of the region’s dependence on commodity market developments, medium-term risks that affect commodity prices are of particular concern. For those countries that depend heavily on mining exports, such as Chile and Peru, the IMF warns that a Chinese slowdown could be particularly negative.

“Monetary policy should be the first line of defense if global growth slows more than expected, especially economies with established and tested inflation-targeting frameworks,” the IMF notes. Particularly worrisome are Argentina and Venezuela, which face strong inflationary pressures. Argentine inflation is expected to hover near 10% into next year. The government in Buenos Aires, however, has been warned by IMF officials to publish realistic inflation data, as Buenos Aires has been accused of tampering with the data to present a rosier economic picture and keep the cost of servicing inflation-indexed bonds lower.

In Venezuela the IMF expects inflation to be 23.2% in 2012 and 28.8% in 2013. This year’s reelection of president Hugo Chavez signals a continuation of his administration’s socialist policies that have boosted deficits, created product shortages, increased imports and weakened the currency. Investments have also slowed, as the government imposes stringent capital controls that make capital repatriation increasingly difficult. The business environment is deteriorating.

Mexican inflation also remains above the central bank’s 2%-to-4% target range, fueled by a drought and an outbreak of avian flu that spiked food prices. But, although Brazil has been steadily cutting its benchmark interest rate since last year, Mexico has kept its benchmark rate unchanged since 2009. The incoming Mexican administration may have to reconsider its stance.

Brazil is already introducing new stimulus measures to regain momentum and is calling on developed nations to introduce stimulus plans of their own. Among Brazil’s stimulus moves was the government’s decision to extend a tax break for car buyers, which was set to expire in October, through the end of the year.

“The Brazilian government has adopted a series of measures to stimulate Brazil’s competitiveness and maintain growth despite the slowing down of the global economy,” says Brazilian finance minister Guido Mantega. “Since August 2011, the benchmark (interest) rate has been reduced to 7.25%, a record low, and rate cuts were followed by a series of stimulus measures, particularly for industry, such as increasing lending for investment by the BNDES Brazilian development bank, and reducing employer payroll contribution rates within forty sectors.” He says that the economy is picking up speed, and growth should reach a 4% annualized pace in the second half of this year.

Argentina, the region’s third-largest economy, remains a worry, as concerns grow over the country’s ability to service its sovereign debt. Standard & Poor’s in October cut Argentina’s sovereign rating one notch to “B-“ with a negative outlook, pushing it six levels into junk territory. Fitch also placed the country’s “B” rating on review for downgrade. Both ratings agencies pointed to the government’s mounting debt management risk in their rationale.

Argentina is still dealing with the fallout of its record $100 billion sovereign debt default in 2001. The government restructured some 93% of the total through debt swaps in 2005 and 2010 that offered bondholders 33 cents on the dollar. Holdouts have since pursued legal action in a variety of international courts, effectively keeping the sovereign shuttered from global capital markets.

In October a US appeals court ruled in favor of the holdouts, ordering that they be paid at the same time as those who accepted the swaps. The Argentine government remains embroiled in a series of lawsuits and appeals but holds fast to its position. “Argentina is not going to change its position of not paying vulture funds,” economy minister Hernán Lorenzino told reporters after losing the US appeal. “We will continue to follow that policy, despite any ruling that could come out of any jurisdiction.” To give a picture of just how things stand, an Argentine navy ship was recently seized in Ghana on behalf of bondholders. Further complicating matters, the Argentine province of Chaco decided to pay holders of dollar-denominated bonds, but in pesos.

Nicholas Watson, senior manager and analysis practice leader for global risk at Control Risks, a risk analysis firm, notes: “There is still plenty of road left before we begin to seriously think of default risks. The Cristina Kirchner administration says it will honor all upcoming payments, while pursuing an appeal, if necessary as far as the US Supreme Court.”

Lorenzino says the government will still continue to service its restructured debt. However, the legal mess and financial uncertainty are already dampening trade and investment flows. Notwithstanding Argentina’s robust 8.9% GDP growth rate in 2011, the IMF predicts growth will be only 2.6% this year and 3.1% in 2013. The government has taken draconian measures to cover financing needs, including imposing strict capital controls, nationalizing private pension funds and setting a mid-2013 deadline for insurers to allocate up to 30% of their investment portfolios to government securities.

Structural reforms could hold the key to Latin America’s regaining and upholding its growth streak. “What has been positive about Latin America is that the region seems more concerned with structural measures, with the focus on long-term growth,” says Otavio Aidar, senior economist at Mirae Asset Global Investments in Brazil. “The Mexican economy is accelerating structural reforms, whilst the Brazilian government has signaled a better focus on increasing competitiveness and looking for longer-term growth”

Aidar believes that, if the fiscal cliff doesn’t force the US economy to dramatically curtail spending, Europe sees no drastic event and China resumes stronger growth, “we see Latin America well positioned.” That scenario, however, presents a lot of “ifs.”