SEEKING THE BRIGHT SIDE

Little of the news coming out of Central and Eastern Europe right now is upbeat, but concerted policy efforts by regional governments could garner some economic reward in 2013. 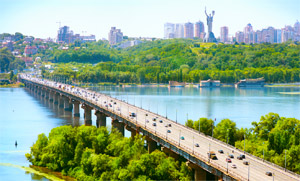 These days it’s tough to be optimistic about emerging Europe. Almost everywhere one looks, whether in the political, economic, financial or social spheres, prospects are gloomy. In Europe’s largest country, Ukraine, parliamentary elections have led to renewed hostilities between rival political groups, with the opposition saying supporters of controversial president Viktor Yanukovych rigged the vote. The economy stands on the brink of recession, and corruption and red tape have pushed the Ukraine down 10 spots to 137th place (out of 185) in the latest World Bank Doing Business Survey.

In neighboring Russia a forecast slowdown is indeed now under way: According to London research firm Capital Economics, year-on-year growth in the third quarter was around 2%, the lowest in more than two years. “I believe we are seeing the beginning of the end of Russia’s oil-fueled growth model,” says Neil Shearing, chief emerging markets economist at Capital Economics. He adds that the lack of proper structural reform will hamper future growth prospects.

Things don’t look much better in the more-developed Central European countries, despite the far-reaching reforms implemented in recent years. Political infighting and the unpopularity of the Czech Republic’s prime minister Petr Nečas’s austerity strategy led to the reviled, unreconstructed Communist Party’s winning some 20% in October’s local elections; the share of the vote taken by the governing ODS (Civic Democratic) party was just over 12%, around half of what it was four years before. GDP here is forecast to contract 0.9% this year—owing primarily to efforts to reduce the budget deficit to 3.2% of GDP.

But in November Nečas was reported by one of the largest Czech domestic daily papers as saying that the government should pull back from deficit targets while the economy was still weak. “We have to stop all the scaring of people and show them a light at the end of the tunnel,” th e MF Dnes ( Young Front Today ) daily paper reported him as saying. This might signal a change in policy that could help the Czech economy next year.

In neighboring Hungary, once the region’s investment star, crisis shows no signs of abating. Budapest research firm OTP Research forecasts GDP this year will contract 1.1% with some growth (0.8%) forecast for next year, but that growth is dependent on the strong performance of the export sector continuing. Slovenia, the region’s wealthiest country per capita, faces full-blown recession this year and next as a result of debt-burdened banks and companies. A similar outlook faces Croatia, which next year becomes the EU’s 28th member.

Only Slovakia and the Baltic states seem to offer good news. The former, a eurozone member that continues to grow on the back of huge investments in its auto industry, should see GDP growth of 2.7% this year, according to the European Bank for Reconstruction and Development (EBRD) and around 2.3% next year. It boasted 3.3% growth in 2011. The Baltic states also seem to be continuing their strong recovery from the grim days of 2008–2009, thanks to strong exports. Latvia—one of the biggest casualties of that original credit crisis—is expected to grow as much as 4.2% this year, and Lithuania and eurozone member Estonia anticipate around 2.5% growth each.

Although Poland is seeing growth slow as a result of lower consumer demand—it will be down from the impressive 2008–2011 trend of 3.9%, against the eurozone’s negative 0.1%—markets remain upbeat. It boasts massive investments in infrastructure, including a motorway system that will be completed in 2020 and modernized railroads that will help support long-term growth.

Yet the general regional trend remains downbeat as a result of slow recovery from the downturn—which saw a big rise in individual and corporate debts—increasing fiscal austerity from governments keen to cut deficits and external indebtedness and, most important, close economic association with the eurozone, which continues to affect confidence and activity.

Capital Economics, one of the most bearish forecasters in predicting an orderly breakdown of the eurozone next year, expects much weaker growth in CEE because of this association. “Third-quarter growth [in 2012] has slumped quite sharply, and there is not much chance of a fourth-quarter rebound,” argues Shearing, who is expecting the former to be 1.1% down on the 2% recorded in the second quarter. For full year 2012, he expects 2.5% growth slumping to 1.5% next year, against growth of 4.8% in 2011.

The EBRD, by contrast, expects growth in 2012 to slow to 2.7% but expects it to pick to 3.2% next year—predicated on the eurozone’s surviving and growth continuing in Russia and the Central Asian states.

“Slowdowns are projected in every Central European, Baltic and southeastern European country, and negative or near-zero growth in 2012 is expected in eight out of the 17 countries in this group,” says EBRD chief economist Erik Berglöf. “How the region will evolve in 2013 will depend largely on policy response, both within and particularly outside [the region].”

On November 8, three international financial institutions, the World Bank, the European Investment Bank and EBRD, announced a second joint action plan comprising €30 billion ($38 billion) of joint commitments aimed at supporting private- and public-sector initiatives in infrastructure, corporate investment and finance in Europe. The first was announced over three years ago when the crisis broke, and covered 2009–2010. But observers say even more can be done. Although emerging European banks have fared relatively well, they remain exposed: Eurozone banks still dominate CEE banking.

The EBRD says regional banks should be included in the eurozone’s still-ongoing plans to create a banking union. It also argues that regulation should be at the supranational rather than national level to reduce risks to smaller and non-eurozone nations, and non-eurozone countries should be allowed to opt in to both the supervisory mechanism and the European Stability Mechanism. It suggests that countries follow the example of Russia-Belarus-Kazakhstan in forging closer regional integration: The customs union established there in November 2009 has already boosted trade and economic activity between these countries and with the world beyond.

This isn’t all the authorities can do. Non-eurozone countries, which are facing the risk of devaluation or diminished international confidence in their local-currency-denominated assets, need liquidity reassurance, particularly if the downturn worsens. Many observers say the solution would be for the European Central Bank to set up formal swap lines, whereby it would agree to accept local-currency-denominated assets for euros or euro-denominated assets. In the past the ECB has been reluctant to do this because of concerns over its balance sheets, but observers say it should rethink this stance.

“This is potentially a very powerful way of limiting currency contagion and of mitigating the economic crisis for countries in the region,” says Shearing. Even if these policy initiatives are implemented, emerging Europe faces a tough 2013 and probably 2014.