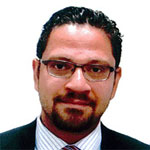 El Aroussi, chief dealer at Arab African International Bank, has headed the forex desk since 2008. AAIB is a main market maker in trading dollars against Egyptian pounds. He writes market reviews and FX trading strategy reports from both technical and fundamental perspectives. 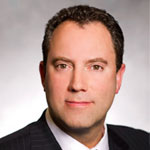 Gavsie is responsible for BMO’s global FX sales and trading activity. He is a member of the executive committee, was head of Canadian and Chinese FX sales and helped expand the firm’s FX capabilities outside of North America. He was named to his current position in March.

Askari is responsible for Canadian dollar trading globally at BMO Capital Markets in Toronto. He is a past president of the Financial Markets Association of Canada and has served on the Bank of Canada’s FX Committee. Askari joined BMO in 1996 and assumed his current position in 2004. 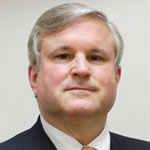 After more than 20 years with BNY Mellon, Near is leading deployment of the bank’s enhanced suite of foreign exchange products. Working closely with colleagues in the bank’s asset-servicing business, he is a leader in the sales and delivery of innovative FX products and services.

Curran is the newest addition to BNY Mellon’s global markets leadership team. As head of FX global services, he guides the development and delivery of new FX products and services. Curran has more than 20 years of experience with leading providers, including UBS and Citi. He collaborates with businesses across BNY Mellon to make sure that new products meet client needs in a changing market environment. 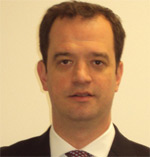 The client and FX desks of Banco Itaú BBA, which Durand heads, provide corporate, treasury, international and investment banking services in Brazil. Durand joined Banco Itaú in 1996 and previously was a senior trader for the client desk at Lloyds Bank. 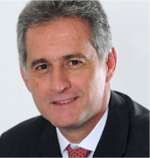 Eduardo Maccariello joined Banco Itaú in 2002 and previously was director of receivables at Banco Safra. He holds a bachelor’s degree in accounting sciences from PUC.

Bommensath joined the bank in London in 1997 as head of derivatives, Europe. A French national, Bommensath studied science at École Polytechnique in Paris and engineering at École Ponts et Chaussées. 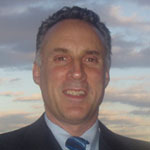 Chandler joined BBH in 2005 as global head of currency strategy. Previously, he was the chief currency strategist for HSBC Bank USA and Mellon Bank. Chandler is an associate professor at New York University, where he teaches international political economy. 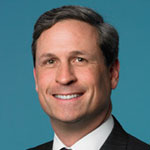 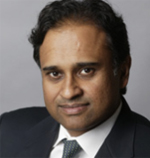 Prasad is based in London. He began his career with Citibank India in 1986 and relocated to New York in 1988 to work on the currency and metals options desk. In 1992 he was named head of the options business. Prasad moved to London to head Citi’s interest-rate options business in 1996. He also has worked in proprietary trading at Natwest Capital Markets beginning in 1997. Prasad rejoined Citi in 2000. 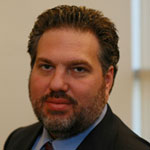 Feig is responsible for all foreign exchange sales and trading in the G10 developed markets at Citi. He joined the bank in 1989 as an associate on the FX desk in Toronto and has held several FX management positions in North America and Europe. He was named to his current position in 2004. Feig is the current chair of the Federal Reserve Bank of New York’s FX Committee and also serves on the Bank of Canada’s FX Committee. 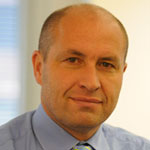 Salter has global responsibility for all foreign exchange trading and sales. His team consists of approximately 130 professionals in 12 locations globally. He began his career in FX sales at Lehman Brothers and has worked for a number of banks, most recently Crédit Agricole, where he was head of foreign exchange sales. He joined CBA in 2010 as European head of sales.

Credit Suisse has combined its foreign exchange and emerging-markets financing groups under Corson and Todd Sandoz. Corson, a managing director, previously was global head of the emerging markets’ financing group. He joined the former derivatives subsidiary of Credit Suisse First Boston in 1993.

Sandoz, a managing director, was previously co-head of equities for the Americas. He was also responsible for capital markets syndicate risk globally. Sandoz joined Credit Suisse First Boston in 1996 and has worked as a convertible bond and derivatives trader in Hong Kong. 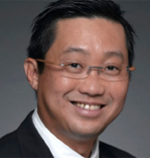 Soh was named managing director in 2005 and has been with DBS since 1989. Within Singapore and the Southeast Asian region, DBS has an estimated 20% market share in the FX market. The bank has been the largest market maker in the Singapore dollar for many years. It has a currency team in Vietnam, where it opened a branch in 2010. DBS is an active market maker and provides liquidity for sizes and tenors where few banks are able. 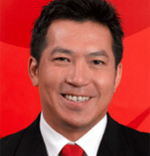 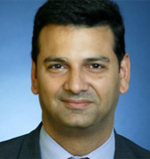 Deutsche Bank has created a new markets electronic trading unit to focus on electronic platforms across fixed-income asset classes. Amrolia, global head of foreign exchange, is also heading up the new unit. Based in London, Amrolia is a managing director, global finance and foreign exchange. He joined Deutsche Bank in 1995 from Credit Suisse First Boston. From 2000 to 2004, he was co-head of FX at Goldman Sachs. Amrolia is a member of the foreign exchange committees of the Federal Reserve Bank of New York and the Bank of England.

Rodgers, global head of foreign exchange, was previously global head of FX spot, e-trading and derivatives. Before that, he was head of complex risk for commodities and foreign exchange. Deutsche Bank in July introduced its next-generation FX trading platform on its Autobahn electronic trading offering. It includes the first electronic and voice trade blotter across all execution channels, as well as the first streaming nondeliverable swaps. 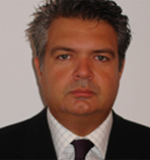 Pantostis is co-head of the global markets trading division at Eurobank EFG, based in Athens. In FX, his group operates in the spot and derivatives markets, with a main emphasis on Southeastern and Central Europe. Pantostis joined the group in 2002 and headed the derivatives business until he was named to his current position in 2009. 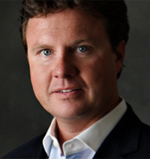 Koester, founder and CEO of FiREapps, has managed risk for Fortune 100 companies and G10 governments since 1986. FiREapps offers on-demand software and services to help treasurers and controllers to collect accurate FX exposure data and to better manage currency risks. Prior to forming the company, Koester worked for more than 13 years at GFTA Trendanalysen, a quantitative currency manager. He was president of GFTA from 1995 to 2000.

Weisberg has led the company since it was formed in 2000. FXall is a leading foreign exchange platform and trading execution partner serving more than 1,300 institutional clients, including asset managers, active traders, corporations, banks, brokerages and hedge funds. FXall was listed on the New York Stock Exchange in February 2012, and in August 2012 it was acquired by Thomson Reuters. 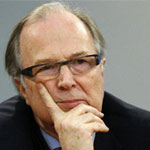 Taylor founded FX Concepts, a New York–based investment-management company for foreign exchange assets, including currency overlays, in 1981. He specializes in the analysis of cyclicality of FX and interest rate markets. Taylor developed some of the first computer models to assist multinational corporations in managing foreign exchange risk. 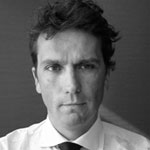 Boillereau is MD, global head of FX and commodities at HSBC. He started his career trading exotic FX options at Crédit Agricole Indosuez in 1996 in New York, joining Republic National Bank of New York in 1998, which was acquired by HSBC in 2000. He is a board member of both CLS and the global FX division of the AFME in Europe and serves on the FX Committee of the Bank of England. 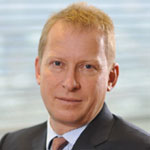 Johnson is global head of foreign exchange cash trading at HSBC, based in London. Prior to joining HSBC in 2010, he was founding managing partner and chief investment officer at Johnson Stewart Partners. Before that, he was global head of trading at Deutsche Bank.

Nixon was named an executive director of ICAP North America in 2008. Nixon also is CEO of ICAP Electronic Broking and is responsible for strategic acquisitions as well as ICAP’s information business. He is a member of the FX Committee sponsored by the Federal Reserve Bank of New York. 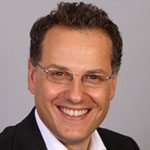 Investec Asset Management manages approximately $10 billion of currency assets for global investors. Previously, Papasavvas was a director and head of currency management for Credit Suisse Asset Management. He joined CSFB’s fixed-income department in 1994, after two years as an economist for the UK Government Economics Service. 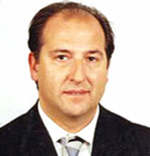 Millennium bcp is one of the largest banks in Portugal. Pires is responsible for FX trading and sales, covering numerous currencies and structured products. He joined the bank in 1991 from Banco Português do Atlântico, where he started his career in financial markets in 1986.

Varkey started his career at National Bank of Kuwait and has been chief dealer since 1989. He has more than 25 years of experience in the markets and is an active trader of the major currencies and a market maker in all Gulf Cooperation Council (GCC) currencies. 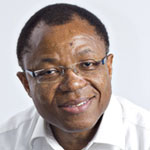 Oanda was one of the first companies to offer fully automated online currency trading. Duker is also chairman of consultancy FX Architects and a nonexecutive director of Fidelity Bank in Ghana. He was previously head of e-foreign exchange in Asia Pacific for Deutsche Bank. 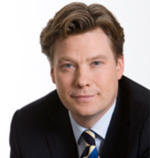 Alpen is head of fixed income, currencies and commodities as well as trading and capital markets. SEB has FX trading desks in 16 countries. Alpen joined SEB a decade ago as an emerging markets trader and has held numerous positions, including head of trading in New York. Previously, he worked at the Swedish Embassy in Moscow. 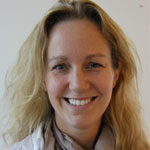 Ekberg-Norrhede has been in her current position at SEB since 2010. She started her career at SEB in London more than a decade ago. She has held numerous positions, including head of algorithmic trading. SEB was one of the earliest adopters of e-FX. In Ekberg-Norrhede’s team there are two main areas: global e-FX sales and e-FX trading with 24-hour risk management. 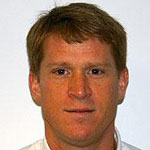 Voorhees joined Saxo Bank in 2007 as global head of options. Voorhees has worked for Commerzbank in London, and Deutsche Bank and Citi in Frankfurt, London and New York. Saxo Bank is a leading online trading and investment specialist.

As well as his position at Scotiabank, Wainstein is a member of the Canadian Foreign Exchange Committee and the European Central Bank’s Foreign Exchange Contact Group. He holds BS and MBA degrees from the University of the Witwatersrand, Johannesburg. 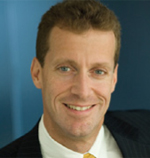 Bisegna is responsible for managing the foreign exchange sales and trading business and all currency trading activities worldwide for State Street Global Markets, including spot transactions, forwards, emerging markets and options trading. He is a member of the Foreign Exchange Committee of the Federal Reserve Bank of New York. 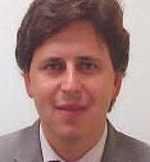 Somorovsky joined Slovakia-based Tatra Banka in 1999 as a foreign exchange trader. He was named a senior trader in 2004 and became head of the trading department last year. The bank is a member of Austrian-based Raiffeisen International. 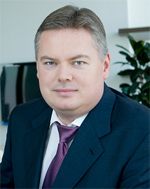 Head of fixed-income sales and trading

In addition to being head of fixed-income sales and trading, Bouzoveria is also head of the investment business at VTB Bank, which was established in Russia in 1990 as Vneshtorgbank, the Bank for Foreign Trade. He is responsible for the development of the bank’s corporate investment business. VTB was the first Russian bank to list GDRs in London, in 2007. Last year it became the first bank in Russia to offer offshore Chinese renminbi bond trading. 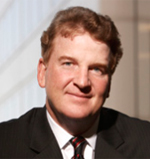 Connolly joined Wells Fargo in 1986 as the chief corporate adviser for trading and sales. Three years later he became the division manager for foreign exchange trading and sales. Connolly took on additional responsibilities in 1995, overseeing global transaction banking. He is chairman of Wells Fargo Bank International and is also a member of the Federal Reserve Bank of New York’s FX Committee.

FX SUPPLEMENT 2012: WHO'S WHO IN FOREIGN EXCHANGE