Africa is at the cusp of major change. Whether that change involves greater economic growth and an improved standard of living depends on both internal and external events over the next few years. 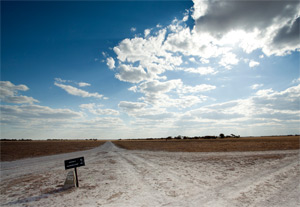 The world’s population recently passed seven billion and is still rising fast. According to UN forecasts, sub-Saharan Africa is expected to account for more than half of all population growth through 2050. Whether that converts into a demographic dividend—a fast-growing and youthful workforce powering economic growth—or a plunge into deeper poverty and subsistence living depends as much on external events as on Africa’s inherent strengths.

Those strengths are highlighted by French development workers Jean-Michel Severino and Olivier Ray in their recently published book, Africa’s Moment , which goes so far as to claim that this will be Africa’s century.

True, Africa is enormously rich in natural resources. It holds 10% of the world’s proven oil reserves, has more gold, copper and cobalt than any other continent and is second only to Asia in reserves of rare earth metals. And over the past decade, Africa has been economically the fastest-growing continent. GDP has risen by around 5% a year, and its fast-expanding middle class strengthens both consumption and democratic institutions.

Among the emerging middle classes, especially in South Africa and Nigeria, rapid urbanization is fueling growth. As Andrew Dawson of PricewaterhouseCoopers’ global financial services strategy team, points out: “According to the UN, two billion people are expected to move into cities over the next 30 years, of which 27% will be in Africa.” This will lead to “a huge demand for foreign investment in infrastructure.”

"According to the UN, two billion people are expected to move into cities over the next 30 years, of which 27% will be in Africa"

In some African countries, poor governance and endemic corruption remain a brake on progress. But regional cooperation is improving, and with more privatizations, markets are increasingly aligned with private sector priorities.

Foreign direct investment in Africa and South-South trade have risen dramatically, led by new players like China and India. Those trends are likely to continue. “Trade and financial flows between emerging markets are growing much more rapidly than those with developed economies,” observes Dawson.

Another potential source of inward investment is the sovereign wealth funds of Asia and the Middle East. These, as PwC partner Andrew Jurczynski points out, “typically take a longer-term view than private equity investors, with a focus on infrastructure and real estate development, among other sectors.” On the issue of food security, countries in Asia and the Middle East, in particular, also have shown interest in buying up agricultural land in Africa. Sovereign funds are beginning to focus on this sector.

Long term, the outlook is positive. “We are structurally bullish about Africa on a multi-decade basis, not least because the rapid urbanization across emerging economies is underpinning growing demand for Africa’s abundant raw materials,” says Stephen Bailey-Smith, head of research strategy at South Africa’s Standard Bank.

“In terms of most African economies and how companies are doing, things are looking pretty good,” says Roelof Horne, portfolio manager for the Africa Fund at Investec Asset Management.

But Africa is in danger of being blown off course by external events. The slowdown in global growth, the ongoing eurozone crisis and the possibility of a hard landing for the Chinese economy are all having an impact on Africa.

“The slowdown in OECD economies is most directly transmitted to Africa’s economies through less demand for the continent’s natural resources and therefore lower commodity prices,” observes Bailey-Smith. Energy exporters like Angola and Nigeria and producers of industrial metals are most vulnerable to these trends. 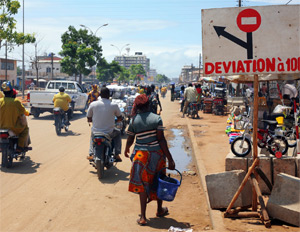 Although most African economies are fairly immune to OECD crises—as was proved in 2008–09—those like South Africa that are more closely integrated into the global financial system are proportionately more at risk. Similarly, North African countries that are more closely linked with Western Europe are vulnerable to the eurozone crisis.

“Morocco and Tunisia have close links with Western Europe, both through exports and remittances,” observes Jonathan Charles, director of communications at the European Bank for Reconstruction and Development (EBRD), which earlier this year extended its remit to cover North African and Middle Eastern countries. “So naturally there are concerns over any slowdown in the eurozone.”

North Africa’s largest economy, Egypt is not so closely integrated with Europe’s supply chain. Nonetheless, Charles notes: “There is already a downturn in tourism, and any further ripple effects would come on top of investors’ holding back because of political uncertainty.”

The EBRD can invest up to 2.5 billion euros a year in the region, focusing on agribusiness, energy efficiency, infrastructure and small-and-mid-sized enterrpises. “In Egypt it’s very hard for SMEs to get loans,” says Charles. “Only around 6% of applications succeed. The commercial banks are not keen to take on risk and demand large collateral.”

“Political uncertainty still holds back potential investors into Tunisia and Egypt,” says Bailey-Smith. He adds: “The newly elected governments are likely to be less secular in nature. We are looking for the new, more Islamist governments to pursue prudent economic policies that will permit rapid growth, as has been the case in Turkey. But the jury is still out.”

Curbing inflation is now a priority right across the continent. As Bailey-Smith points out: “African economies emerged from the last financial crisis with growth rates virtually intact. But many still also embarked on fiscal and monetary stimuli which sucked in imports and, in countries like Tanzania, Kenya and Uganda, caused a sharp spike in inflation. The policy of allowing their currencies to depreciate has come back to bite them.”

“Across East Africa the combination of negative real interest rates, weakening national currencies and a bad harvest, which put inflationary pressure on food imports as well as already-high oil prices, resulted in current account deficits,” says Horne. “The delayed response by the authorities stoked inflation further, so now they are having to raise interest rates aggressively.”

In Nigeria loose monetary policy was allowed to help the commercial banks put their houses in order, according to Bailey-Smith. “The banking sector is now in decent shape. The authorities have been tightening aggressively since last May, and that should lead to lower inflation next year.”

Bailey-Smith believes that Uganda and Kenya—and possibly Tanzania and Zambia—will have to strengthen their currencies in order to prevent the acceleration of an inflation/depreciation spiral. “So although the outlook is for slower GDP growth, investors in longer-dated local-currency government bonds have an opportunity to lock into 16%-20% yields. And over the short term, rather than depreciate, these currencies are more likely to appreciate.”

With central banks in OECD countries printing money, liquidity needs to find a home, observes Bailey-Smith. That will, he says, encourage “greater investment flows to developing economies, including Africa.”

That may be true of bond markets, but African equities have taken a battering of late. Horne notes that portfolio investment into Africa’s frontier markets is seen as “risk on,” and ever since global investor sentiment shifted to “risk off,” African equity markets have sold off significantly more than other emerging markets. As a result, there are, he says, “a lot of very good companies trading very cheaply.” But whether the capital outflows of the past six months will be reversed depends largely on events outside of Africa.

A challenge for North Africa is to manage the high expectations of change that have accompanied the Arab Spring. On a recent visit to Cairo the EBRD’s vice president, former Czech prime minister Jan Fischer, warned his audience of Egyptian businessmen that change takes time. “After 20 years, my country is still in transition,” he said, adding that a lean, efficient civil service helped move things forward. Egypt’s minister of planning and international cooperation, Fayza Abou el Naga, responded that Egypt had 6.5 million civil servants but only 15% worked effectively. Clearly, the Arab Spring is part of a larger change cycle.