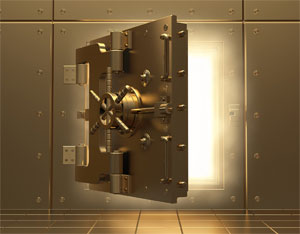 The ranks of the safest banks in the emerging markets are dominated by Asia and the Arabian Gulf, accounting for 40 of the top 50 in Global Finance ’s first annual ranking of the Top 50 Safest Banks in the Emerging Markets. Central and Eastern European banks and those from Latin America—and Chile specifically—held a handful of entries, while only a single sub-Saharan bank—Absa Bank—ranks in the safest 50. 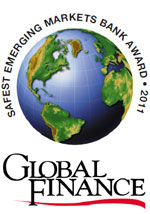 Four countries supplied more than half of the Safest 50 banks: Saudi Arabia—nine, South Korea—seven, and China and the United Arab Emirates—six each. A similar country concentration is also apparent in the regional listings. Half of the top ten Latin American banks are based in Chile. Half of the top 12 Middle Eastern banks are based in Saudi Arabia and none are from outside the Gulf. Poland and the Czech Republic account for nine of the ten listed banks from CEE.

Africa provides the most striking case of country concentration: the regional listing includes just five banks, all from South Africa. No other sub-Saharan banks met the qualifying criteria. 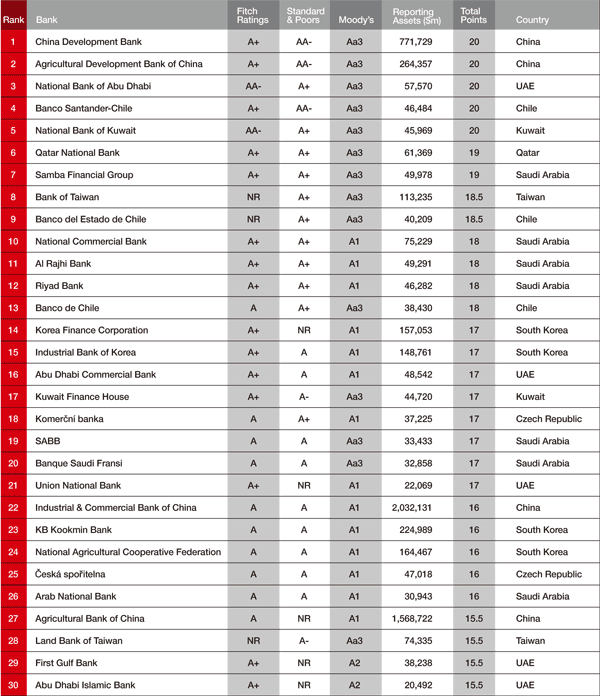 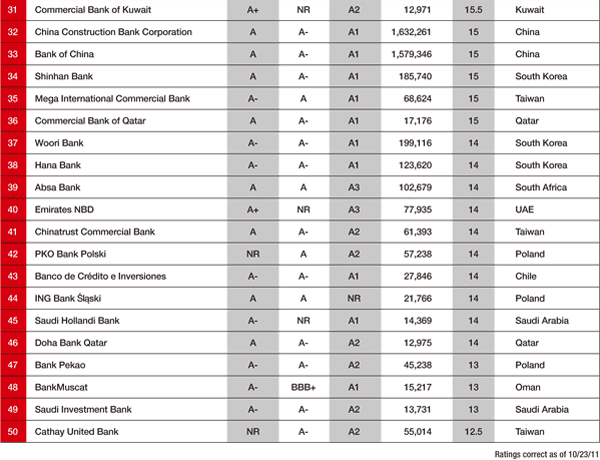 The safest banks list compares the ratings for the largest 500 emerging markets banks, based on asset size. Emerging markets banks are those which are not based in North America, Western Europe, Australia, Hong Kong, Israel, Japan, New Zealand and Singapore. Long-term foreign currency ratings issued by Fitch Ratings, Standard & Poor’s and Moody’s Investors’ Service were used. Banks rated by only one of the three agencies were ineligible for inclusion. Banks that are 100% owned by a parent in a developed market were omitted. Government import-export banks were also omitted. Within each rank set, banks were ordered by asset size based on year-end 2010 data supplied by Fitch Solutions and Moody’s. Ratings are reproduced with permission from the three rating agencies with all rights reserved. A rating is not a recommendation to purchase, sell or hold a security, and it does not comment on market price or suitability for a particular investor.