Dubai has rolled over its debt and keeps on spending in preparation for World Expo 2020. And this time, it says, there will be no property bubble.

Dubai welcomed the New Year with the world’s biggest display of fireworks, silhouetting the world’s tallest building, Burj Khalifa. The brash emirate has reason to celebrate. Not only is the property sector recovering from the 2008 meltdown, but Dubai won the right to host the World Expo 2020, which is expected to draw 25 million visitors, providing a big boost to the real estate and tourism sectors. The event could contribute as much as $40 billion to the Dubai economy. 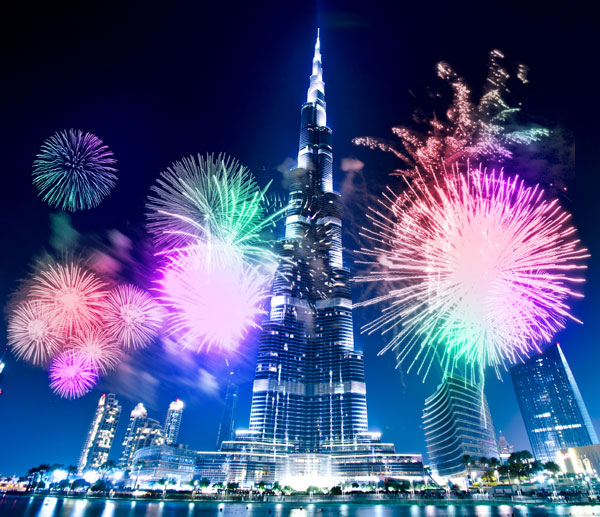 “Dubai is back,” says Shayne Nelson, CEO of Emirates NBD. “There is clearly a tremendous improvement in the operating environment.” Winning the right to host the World Expo in 2020 is a confidence builder, Nelson says. Estimates suggest that the Expo will add an average 0.5 percentage points GDP growth annually in the run-up to 2020 and an additional one percentage point in 2020 itself. Manpower, the employment services firm, estimates that World Expo 2020 will create more than 200,000 jobs in the next few years. Many of them will be short- to medium-term employment on a project basis.

“The tourism sector is already very strong, and Dubai’s hotels are operating at 80% occupancy rates,” Nelson says. “We see Dubai’s [economy growing] at 4.7% in 2014, with significant contributions from tourism, manufacturing and infrastructure.”

With the largest asset base in the Gulf Cooperation Council region, Emirates NBD will do well if the economy is doing well, says Nelson. Dubai’s real estate prices rose 22% last year, but they remain below their peak level of 2008. “Dubai is cheap compared to some of the major cities in the world, such as Hong Kong,” Nelson says. “It is more similar to Kuala Lumpur.”

The investment management firm Jones Lang LaSalle forecasts that average real estate prices in Dubai could rise between 10% and 15% this year, putting them back to pre-crisis levels and raising fears of another property bubble at a time when Dubai is still coping with a massive debt overhang from the last crisis.

A REAL ESTATE BOOM WITH A DIFFERENCE

The International Monetary Fund estimates that about $78 billion of debt held by Dubai and government-related entities will come due in the next three years. Meanwhile, Deutsche Bank says the emirate will require approximately $43 billion, or nearly half of last year’s entire GDP, to significantly upgrade its infrastructure for the World Expo. Other estimates suggest a lower figure of $18 billion in investment is required. Most of the investment will go into expanding the hotel and leisure industry, while Deutsche Bank estimates that $10 billion will be spent on improving and expanding the transportation infrastructure.

The biggest beneficiary will be the real estate sector, which should continue to attract strong investor interest, says Deutsche Bank. Dubai developer Nakheel, which created the Palm Islands and the Dubai Waterfront, was restructured in 2011 and has returned to profitability.

The government-owned developer announced in January that it would prepay more than half of its bank debt of $1.85 billion this year. It repaid $640 million in the first quarter, more than 18 months ahead of time. Nakheel said in a statement that the early repayment “reflects the strong financial performance of the company post-restructuring, the underlying strength of the growing local real estate market, significantly improved economic conditions in the UAE, and increased trust and confidence among investors in Dubai and Nakheel.”

Dubai reached an agreement in February on rolling over $10 billion in debt granted by the UAE central bank during the financial crisis. The rollover at a lower rate than the previous 4% coupon will enable Dubai to continue its massive spending on infrastructure. Meanwhile, Dubai’s Department of Finance published a paper saying the country has learned 11 important lessons from the financial crisis, including the importance of budgetary discipline and the need to regulate its property market. The paper cited the need to register real estate deals, as well as to keep the rental market within permissible limits.

Last year Dubai doubled its real estate transaction fee to 4% in an effort to reduce speculation. The Department of Finance also said Dubai needs to monitor the economy and to review development plans to keep the public sector from getting too large. “The government has a toolbox it didn’t have before,” says Nelson of Emirates NBD. “The central bank has the ability to restrict lending, and it is doing so. Two-thirds of real estate transactions are for cash.”

Dubai is an attractive investment location and a safe haven from the turmoil elsewhere in the region, Nelson says. “The debt workouts are making good progress,” he says. “Price inflation helps with the property market.”

Mohamed Berro, group CEO of Al Hilal Bank, which participated in Abu Dhabi’s $10 billion loan to Dubai at the height of the crisis, says: “Infrastructure, safety and human resources are all ingredients for a successful economy. We have learned our lesson and are putting a framework in place to, at the very least, lessen any future crisis. There are new regulations. We want to make sure we have the mitigating factors to avoid another crisis.”

A revival in construction and property projects may help alleviate Dubai’s debt burden over time, according to economists at National Bank of Kuwait. “As the emirate continues to restructure its debt, the [World Expo 2020] win comes as a sigh of relief to debtors, as they will likely take advantage of the higher capital inflows to pay off their debts,” NBK stated, adding that the Expo would also enhance Dubai’s brand and credibility.

Meanwhile, Dubai has created a new agency to attract investment, the Dubai Investment Development Agency. Its mission is to instill confidence in the investment environment and to identify impediments to growth. Dubai has also established a new tourism body, which will set up offices in key cities around the world to promote brand Dubai.