The economies of the Middle East continue to prosper despite ongoing instability. In some cases, that instability is creating the greatest opportunities. However, any prospects for investing do come with a unique set of risks. 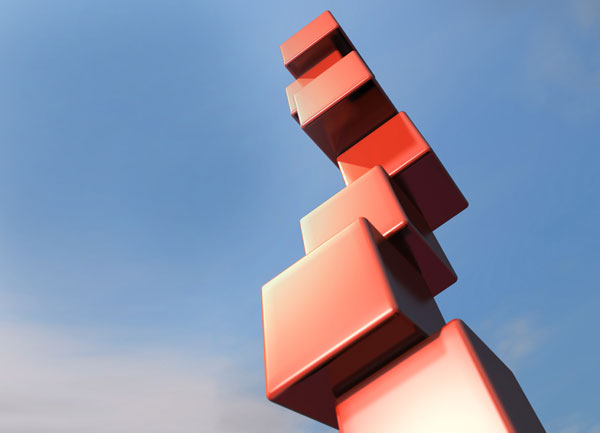 “I have forgotten what stability means,” says Adel El-Labban, group CEO and managing director of Ahli United Bank, based in Bahrain. “Instability is a fact of life in the region, and we view it as an opportunity. AUB made more money in Egypt in the last two years than in the four years before the revolution.”

“We have learned to manage and arbitrage risk effectively,” El-Labban says. “You have to pick the right business and be selective.”

Bahrain’s economy has continued to grow throughout the Arab Spring, notes El-Labban. The country is seeing larger inflows of regional money, and asset prices have picked up as a result.

“The outlook is improving, buoyed by high oil prices and government spending,” he says.

The International Monetary Fund expects growth in the Middle East and North Africa (MENA), along with Afghanistan and Pakistan, to reach 3.3% this year, up from 2.4% in 2013.

And the growth rate in 2015 will climb to 4.8%, as oil output in Libya recovers, according to IMF forecasts.

The conflict in Syria is having a noticeable impact on Jordan’s economy as a result of heightened uncertainty, reduced trade flows and a costly influx of refugees. This drag is not being sufficiently offset by external grants, according to Nemeh Sabbagh, CEO of Jordan’s Arab Bank. However, the direct impact of the conflict on Jordanian banks is limited, he adds, since most banks took adequate provisions at the outbreak of hostilities.

“During 2014 our plan is to strengthen our network in terms of efficiency of operations and business strategy to capitalize on growth opportunities in certain markets,” Sabbagh says. He points to Egypt as an example, where the bank has been operating since 1947.

“Despite the challenges Egypt has faced during the past few years, the bank has remained committed to that market and has plans to strategically strengthen its branch network there,” Sabbagh says.

While credit to the private sector and individuals is gradually rising, banks must ensure they have sustainable and prudent lending levels—and comfortable levels of liquidity to shield against possible volatility, notes Sabbagh.

“Overall, the outlook for nonperforming loans is positive, compared to several years ago, when many banks were still reeling from the effects of the global financial crisis,” he says.

The competition from international banks in the region is as keen as ever, says Graham Scopes, senior vice president and group head of corporate and structured finance at Arab Banking Corporation in Bahrain (ABC).

Japanese banks are formidable competitors in project financing. Meanwhile, local banks in the region are becoming regional banks, increasing cross-border lending, Scopes notes. Egypt is a key growth market for a number of the region’s banks.

ABC offers universal banking in Egypt, Jordan, Algeria and Tunisia, with operations also in Lebanon, Abu Dhabi and Iraq. It runs as a wholesale bank in Bahrain and Europe. “Egypt is one of our highest growth targets,” Scopes says. “The country has a large, hard-working population, and it has some hydrocarbons. ABC Bank Egypt will continue to grow and thrive in the Egyptian market.”

At Qatar National Bank, cautious growth is also the name of the game. Ali Ahmed Al-Kuwari, acting group CEO of QNB, notes that even as the bank expands outside its home market, it has taken a conservative approach to lending and provisioning. The Qatari bank’s international expansion has been rapid: from three countries in 2004 to 26 countries today. In 2013, QNB successfully completed the acquisition of National Société Générale Bank—Egypt’s second-largest private-sector bank, with a network of 160 branches. “Our focus for the coming years remains on the MENA region, with sub-Saharan Africa coming into focus at a later date,” Al-Kuwari explains.

Qatar was the world’s fastest-growing economy from 2008 to 2012, with a real GDP growth rate of 12%, driven mainly by the gas sector—owing to the huge expansion in liquefied natural gas production and exports.

The services sector also played an important role in economic growth and is expected to drive a growth rate of more than 10% for the non-oil-and-gas sector in 2014, according to Al-Kuwari.

“Going forward, we expect an overall real GDP growth rate in the region of 6% in the next few years, supported by investment in major developmental and infrastructure projects,” he says.

Qatar wants to be the education center of the area, and it is focusing on different types of tourism, including medical tourism and cultural attractions, Ghandour says.

“Trade with other GCC countries is continuing to grow,” he adds. “With so many big projects, there is a need to import raw materials. Qatar’s increasing population, expanding trade and industrial sectors will put further demand on service-based projects, mainly in energy and water.”

“Markets across the MENA region have come a long way during the last few decades in terms of opening up to global trade opportunities,” notes Sabbagh.

Scopes at ABC adds that the MENA region has a growing population that creates strong demand for imports. “Countries in the region are relying increasingly on natural-gas-based production. They are using their energy-cost advantage in industries that use a lot of energy, such as metals processing.”

Companies in the region have gone downstream, Scopes says. Rather than selling commodity petrochemicals abroad, they are adding more value in the region, so trade flows of imports and exports are both increasing.

Yahya Alyahya, CEO of Gulf International Bank, says: “Not only has trade increased in the MENA region, but it is also expected to grow faster than global trade through 2026. Although hydrocarbons will be at the core of the growth, the region is increasingly being used as a trade route for ferrous and base metals and for soft commodities, such as rice and wheat.”

A strong reciprocal trade corridor is being established with Asia, Alyahya adds. “Asia is importing fuel and fuel derivatives from the region and offering a reverse flow of consumer goods,” he says. Saudi Arabia is the region’s lead exporter to Asia, and the UAE is the top importer of Asian goods and acts as a re-export center.

Both Bahrain and Saudi Arabia have been working hard to diversify their economies away from oil, Alyahya notes. “Saudi Arabia has made tremendous progress developing its petrochemical industry, while Bahrain has developed an aluminum smelter, tourism and a banking center,” he says.

“Bahrain continues to have a bright future in banking, given the quality of its regulation and the presence of leading international financial institutions. Recently, the central bank has focused on making Bahrain the center of Islamic banking.”

The competition of financial centers in the region is intense. With the GCC countries directing budget surpluses to infrastructure projects, cities like Riyadh, Dubai and Doha are being transformed, Alyahya says, adding, “The trend is likely to continue for some time.”

As long as oil prices remain high and the GCC countries run surpluses, they will continue to spend on big projects, with positive spillover effects on the non-oil sector, economists say. Meanwhile, Saudi Arabia, the UAE and Kuwait have pledged $18 billion to support Egypt’s economy. Dubai’s biggest construction company, Arabtec Holding, signed a $40 billion agreement in March to build one million houses in Egypt. For companies experienced in dealing with risks, the Middle East offers plenty of challenges and some very big opportunities.