Islamic finance is going mainstream, with Western countries planning to issue their first sovereign sukuk. It still constitutes only a small percentage of total global financial assets, and most activity is concentrated in a handful of markets—but for how long?

“Is the Islamic finance market going global? Of course, it is,” says Mohamed Berro, CEO of Al Hilal Bank, one of the fastest-growing banks in the United Arab Emirates. “Global corporations, institutions and sovereign borrowers want to capture Islamic liquidity,” he says. “We can compete on a global basis, especially at a time when the world is keen on ethical banking.” 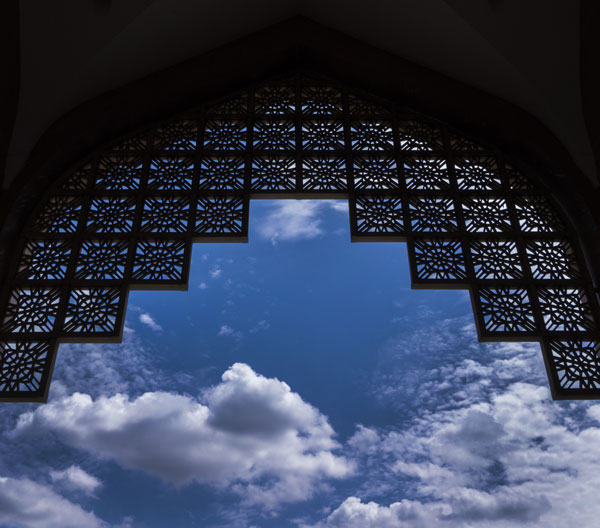 Islamic banking and financial products are gaining in popularity, even among non-Muslims. UK prime minister David Cameron’s announcement last October of Britain’s plans to be the first Western country to issue a sovereign sukuk has galvanized the industry. Luxembourg, which also has designs on being a major Islamic financial center in Europe, joined the race to be the first country on the continent to issue an Islamic bond. The first-ever sovereign sukuk from Ireland, South Africa, Tunisia, Mauritania, Senegal and Oman are also expected in 2014, according to Kuwait Finance House.

Meanwhile, Islamic banks in the Middle East are looking to diversify their overseas portfolios and are expanding from real estate into other assets. Altogether, Islamic financial assets, including takaful, are expected to exceed $2 trillion in 2014, says KFH Research. Despite a drop in global sukuk issuance in 2013, Fitch Ratings predicts a resurgence in 2014, which is expected to equal the record $137 billion of new issues set in 2012.

Abu Dhabi’s Al Hilal Bank is the safest Islamic bank in the UAE, according to a recent survey by Global Finance . “We are a conservative institution, but we are also fresh and dynamic,” Berro says. “An Islamic bank doesn’t have to be old or rusty.”

Al Hilal Bank’s Mall Branch, located in Abu Dhabi’s Corniche area, incorporates aspects of the shopping mall, including a Starbucks coffee shop, an airline desk and an Etisalat telecom kiosk, as well as an auto showroom. Taking advantage of the bank’s “walk in, drive out” program, customers can get their license plates printed and drive out in a new car.

“We balance our corporate and retail operations, with about 60% of revenues coming from the corporate side,” Berro says. Al Hilal Bank is a major participant in the sukuk market, which is undergoing demand-driven growth. “People are hungry for quality sukuk,” he says.

When Dubai Investment Park offered $300 million of five-year sukuk in February at a profit rate of 4.3%, investors placed $4 billion in orders for the issue. The geographic distribution of investors in the sukuk was widespread and included some buyers from North America, Berro says.

Al Hilal Bank’s growth aspirations are primarily in the UAE market, but it has three branches in Kazakhstan, which it plans to use as a hub for business in the Commonwealth of Independent States. “Kazakhstan has strong ties to Abu Dhabi,” Berro says. “It has a majority Muslim population and is rich in resources.”

The expansion and enhancement of existing Islamic finance centers and a more transparent regulatory environment could provide the momentum for shariah-compliant banking to join the mainstream, says Standard & Poor’s. “Despite more than a decade of heady growth, the industry is still in a formative stage,” S&P states in a report issued in January. “But we believe it is only a matter of time before it achieves critical mass, as the pool of assets broadens and deepens and enhances liquidity.”

The speed with which the industry matures will depend on how market participants address the imbalance between supply and demand, S&P says. “Islamic finance remains a demand-driven market, with scarce supply, still hampered by a limited range of Islamic financial centers and their variously regulated financial environments,” it states.

Steve Troop, CEO of Barwa Bank, a leading shariah-compliant bank in Qatar, says: “The recent growth in Islamic finance markets and increasing interest around the world is very exciting, but let’s not get ahead of ourselves. Even if the $2 trillion milestone for Islamic assets is reached this year, global conventional bank assets are estimated at $200 trillion.”

Islamic finance is strong in Saudi Arabia and Malaysia, but it has made little progress in other high-potential countries for all sorts of reasons, Troop says. “The world has about 1.6 billion Muslims, and Islamic banks are thought to have about 40 million customers: Islamic finance is yet to serve the Muslim world. The rapid growth rates of Islamic finance are very encouraging, but we need to keep it in perspective.”

According to Kuwait Finance House, the largest global Islamic banking jurisdictions (excluding Iran, which is home to many of the world’s largest Islamic banks) in 2013 were Saudi Arabia, with an 18% market share, followed by Malaysia’s 13%, the UAE’s 7% and Qatar’s 4%.

The UK’s planned sovereign sukuk—the first outside the Muslim world—will match the liquid market in the Middle East with Britain’s need for funding to rebuild its aging infrastructure, Troop says. “London is the Western European hub for Islamic finance and aspires to be a global leader. Dubai and Kuala Lumpur also have that ambition,” he says. “The UK sukuk will have symbolic meaning, and I hope it will encourage UK corporations to tap the sukuk market.”

Graham Scopes, senior vice president and global head of corporate and structured finance at Arab Banking Corporation, says the UK’s sovereign sukuk could raise the profile of the sukuk market in general and lead to increased corporate issuance.

“The UK has a lot of sophisticated corporate treasurers who are aware of the opportunity sukuk offer as a potential source of finance,” Scopes says. “These treasurers have a choice, and they like to diversify their funding. It is often a size and price trade-off as to whether they use Islamic finance or conventional finance.”

In January the UK Treasury appointed HSBC to provide financial advice on structuring its sovereign sukuk to ensure that it is shariah-compliant. HSBC topped the league tables for global Islamic bonds in 2013, according to Dealogic. It managed 26 deals, with proceeds valued at a total of $7 billion. Malaysia’s CIMB Group was second, with more than $4 billion in proceeds from 38 issues.

The UK Treasury said Linklaters would provide commercial legal advice on the capital markets, tax, regulatory and real estate implications of issuing a sovereign sukuk for the first time. The UK sukuk—worth approximately $300 million—is expected to come to market in September.

Neil Miller, global Islamic finance head at Linklaters, said in a statement: “The United Kingdom is highly regarded for the market-leading work it has done to level the playing field for Islamic finance. The Islamic banks operating in London have come through the financial crisis and are investing in the country. A UK sovereign sukuk will demonstrate further government commitment to alternative finance and help secure more inward investment from the Middle East.”

Hot on the heels of the United Kingdom is Luxembourg. Its government presented a draft bill to parliament in January to prepare the way for its issuance of a sovereign sukuk. Deloitte completed a feasibility study for Arab Gulf investors for the creation of an Islamic bank, Eurisbank, to be headquartered in Luxembourg, with branches in Paris, Brussels, Amsterdam and Frankfurt.

“As the worldwide Islamic finance industry moves from niche to critical mass, Europe is becoming an attractive and promising market that is not yet served by shariah-compliant banking services,” says Marco Lichtfous, a partner at Deloitte Luxembourg.

France and Germany offer limited Islamic financial services. However, Italy, the third-largest economy in the eurozone, has started a campaign to develop shariah-compliant services and to attract more investment from the Arab Gulf to help it cope with its debt.

“Islamic finance is a phenomenon that cannot be limited to only the Islamic countries, especially given the growing number of Muslims in the West,” says Paolo Pietro Biancone, director of the Centre for Research on Islamic Finance at the University of Turin, Italy. Currently, most European Muslims manage their financial assets through conventional banks, because the leading providers of Islamic financial services are not present in the retail market, Biancone stated in a recent paper.

There are greater opportunities for Islamic banks in Italy, owing to the country’s geographic proximity to the Middle East, Biancone says. Kuwait’s sovereign wealth fund, the Kuwait Investment Authority, announced in February that it would invest $685 million in Italian companies in coordination with the Italian government’s own strategic investment fund.

There are two main camps in the Islamic finance market, says Troop of Barwa Bank. One is in Southeast Asia, and the other is in the Gulf Cooperation Council (GCC) countries.

“The GCC countries are more conservative in their interpretation of shariah,” Troop says. “Global standards for Islamic finance would be wonderful, but I am not holding my breath,” he says. “That said, we have seen significant progress towards standardized documentation and the progressive emergence of national market standards.”

Shayne Nelson, CEO of Emirates NBD, based in Dubai, says: “The standards for Islamic finance are getting better all the time. Malaysia changed its standards to meet those in the Middle East. Sukuk issues use the same structure over and over again.” Nelson says the opportunity for future growth is substantial. “Emirates NBD’s Islamic finance operations grew strongly last year,” he says, adding that Indonesia, Nigeria, Tanzania and Kenya are some potential growth markets for Islamic finance.

Whether or not there will be another record for sukuk issuance this year depends on what happens to underlying rates, according to Troop. “In time, rates will go up,” he says. “There may be a flurry of issuance in anticipation of this. Malaysia dominates global issuance, and its economic outlook is positive, which could portend increased sukuk issuance.”

Barwa Bank has managed sovereign sukuk for Qatar, Dubai and Turkey. “This reflects the quality of the team we have assembled,” Troop says. The three-year-old bank is still bedding down its domestic operation, but there are a number of Muslim markets, Troop notes, that are underserved. “Libya and Egypt, for example, have next to no Islamic finance,” he says. “Turkey is a dynamic and very attractive country, but costs of entry are very high, which means generating an attractive return on capital becomes challenging in the short-to-medium term.”

Nemeh Sabbagh, CEO of Arab Bank, says: “Islamic banking growth has been impressive over the past few years, growing approximately 50% faster than the overall banking sector. We are seeing strong consumer preferences shift toward shariah-compliant products in the region, supported by state-led initiatives to have these products introduced in the monetary and fiscal policies.”

A continuing challenge for Islamic bankers is the shortage of shariah-compliant instruments suitable for the management of short-term liquidity. This challenge is increasingly acute for both performance and regulatory reasons, says Troop of Barwa Bank, as Basel III requires all banks to increase the levels of high-quality liquidity that they hold. Domestic central bank initiatives include parallel short-term sukuk issuance alongside more traditional Treasury bill programs.

The International Islamic Liquidity Management Corporation (IILM) issued $860 million worth of three-month Islamic bonds in January to meet a shortage of highly liquid, investment-grade financial instruments that Islamic banks can trade to help manage their short-term funding needs. Many dealers have held on to the instruments after the auctions, however, and secondary market activity is very limited.

The IILM is owned by the central banks of Indonesia, Kuwait, Luxembourg, Malaysia, Mauritius, Nigeria, Qatar, Turkey and the United Arab Emirates, as well as the Islamic Development Bank.

* Figures may not add up as more than one bank typically obtains credit for any one transaction.