Middle East: The Price Of Progress

Visitors to the Middle East cannot help but be awed by the majestic skylines of the metropolises that have sprung from the desert sands along the Arabian Gulf. 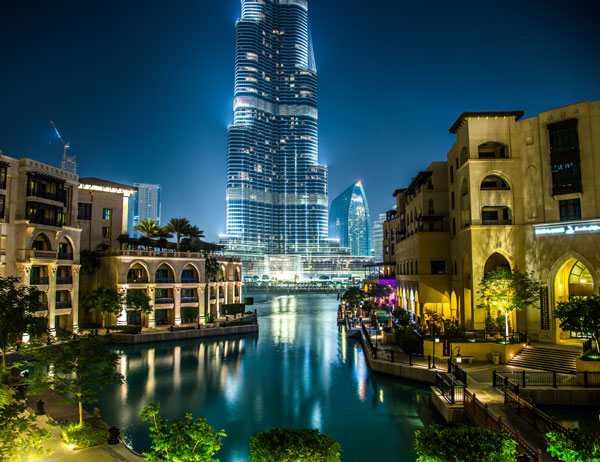 While oil wealth has paid for this development, the real builders and maintainers of these cityscapes are migrant workers, mainly from the poorest countries in Asia and Africa. Often, these construction workers are lured with fake contracts and pay steep fees to recruiters.

Approximately one million foreign workers have left Saudi Arabia since the authorities cracked down on illegal migrants late last year. Unless more Saudi nationals, including women, enter the private-sector labor force, this dearth could eventually weigh on growth, economists say. The reliance of all countries in the Gulf Cooperation Council on cheap, foreign labor also has come under attack from human rights organizations, with particular focus on Qatar, as it prepares to host the 2022 World Cup of soccer.

We were in Qatar recently and happened to hail a taxi driven by a 23-year-old man from Nepal. We will call him Nischal, the most popular male name in Nepal, which is not his real name. Curious about his living conditions, we asked, “Are you one of those migrant workers we have read about who are sleeping four to a room?” Nischal, obviously well educated, replied in perfect English: “No, sir, that would be a luxury. We are sleeping eight to a room. There are four bunk beds and nothing else.” The camp, tucked away in an industrial area, has a squalid, communal toilet.

Nischal said he works a 12-hour shift with no breaks. No food is allowed in the taxi. On some days, Nischal doesn’t make enough money to cover the daily taxi-rental fee he must pay his employer. Drivers for the same taxi company held a work stoppage for one day in January, complaining that the rental fees are too high for them to make a living. Such labor actions are rare in Qatar, where expatriates are prohibited from forming unions. They cannot leave the country without permission from their employer.

Our cab fare from downtown Doha to the airport came to 25.5 Qatari riyals ($7). We gave Nischal 100 riyals, which was less than the cost of our lunch. He pocketed the cash without counting it, and made sure we were entering the terminal through the proper gate.