Some analysts think the Ukrainian crisis could help improve prospects for Middle Eastern oil producers—pushing up prices and driving development of recent finds as a result.

The crisis in Ukraine sent global energy prices up in early March, as fears rose that Russia’s supply of oil and gas to eurozone countries would be affected. But the silver lining, according to some analysts, is that it could further negotiations over Iranian oil and push forward development of new discoveries in the Middle East—including the much-touted reserves in the Levant Basin. 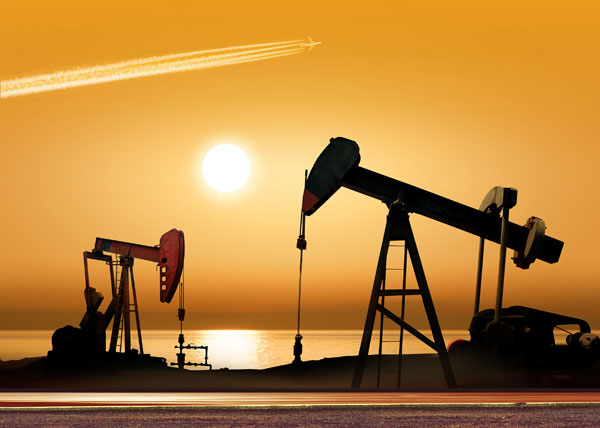 Russia is one of the world’s largest oil producers, with an estimated 10.9 million barrels a day, or 13% of the global total. On March 3, the first trading day after the Russians seized control of the Crimean peninsula, Brent crude oil, the European oil benchmark, rose as much as 2%, to a two-month high of $111.24 per barrel, while US crude futures hit a five-month high of $104.65. Prices have since fallen back as tensions have eased, but the area clearly remains a hotspot.

Some analysts suggest the Ukrainian conflict could benefit producers in the Middle East. Thomas Pugh, a commodities economist at Capital Economics in London, notes that the Ukrainian crisis could help unlock what he calls “an awful lot of current production, which is currently constrained.” The Ukrainian crisis, he says, “can be helpful in a way, as it gives [proponents of negotiations with Iran] a lot more leverage.” In that respect, Pugh says, the resulting conflict with Russia “might take the heat off Iran,” adding that “it gives US hawks a different enemy to start talking about.”

This could add roughly 2 million barrels of daily oil production to current supplies. Iran produces 4 million a day, but sanctions keep half of that off the market.

Another beneficiary could be producers in the eastern Mediterranean, as they exploit the recent discovery of large deposits of oil and gas in an 83,000-square-kilometer area known as the Levant Basin, which the US Energy Information Agency (EIA) estimates contains more than 40 trillion cubic feet of recoverable reserves.

The EIA noted in a report last August that the finds “have the potential to significantly alter energy supply dynamics in the eastern Mediterranean region and could spur natural gas exports in the near future.”

But Jan Stuart, head of global energy research at Credit Suisse, notes that “you need peace and stability” to build the pipelines required to move the finds as gas or to ship them in liquefied form. “Who in the world is going to build a pipeline in Syria?” he asks.

What’s more, Stuart says there’s a fair amount of “ambiguity as to the actual rights” to the discoveries, much of which lie off the coasts of Israel and Cyprus. “I’m a bit skeptical that any new finds will do squat” to improve energy supplies from the Middle East, Stuart says.

As for Iran, regardless of what happens, its production would not come on line for a while. “In a best case scenario,” says Henry Smith, a global risk analyst in the Dubai office of consultant Control Risks, “an increase in Iranian production is really a prospect for late 2014, but more likely in 2015.”

Smith notes that without a rollback in specific US and EU sanctions, Iranian exports are likely to remain at their current plateau.

Other oil producers, Smith says, are dubious at best. Oil production in Libya, which pumps only 700,000 barrels a day but has a capacity to produce 2 million to 3 million, will likely oscillate for the foreseeable future. “Libya will be unable to sustain output at its maximum capacity,” he says, “given the political obstacles to doing so—asset seizures, sit-ins and blockades at fields, pipelines and export facilities by various interest groups.”

Smith also sees Algeria, which produces 1.9 million barrels a day, and Iraq (3.4 million) as “potential sources of disruption” to global energy markets. With presidential and parliamentary elections scheduled in April, Iraq, he thinks, is likely to continue to experience “significant bouts of violence and political crises.” His prognosis for Algeria is far more positive, but Smith notes that public perceptions of manipulation of elections, also scheduled this month there by the security forces, or the president could spark more-significant unrest than what the country experiences at present.

But Pugh of Capital Economics insists the Ukrainian crisis could change the equation. “If the EU and US start considering sanctions on Russia,” he says “all that does is increase dramatically the desire to get those 2 million barrels a day [in Iranian production] back on the market.”

The question ultimately may be whether US congressional hawks are willing to buck the Israeli lobby over Iran. Pugh expects them to do so. “There’s an awful lot of grandstanding going on” over the Iran sanctions, he says, but, “it wouldn’t make a lot of sense to impose new sanctions while winding down old ones.”