Stock markets in GCC countries, in particular Dubai and Abu Dhabi, have capitalized on the political and economic uncertainty that continues to pervade other Middle Eastern markets more than three years on from the Arab Spring uprisings.

From Dubai, Abu Dhabi and Doha to Riyadh, the equity markets of the Gulf Cooperation Council (GCC) countries were firing on all pistons in 2013. And they are expected to do well again this year, shrugging off concerns about rising interest rates abroad and political tensions in the region. 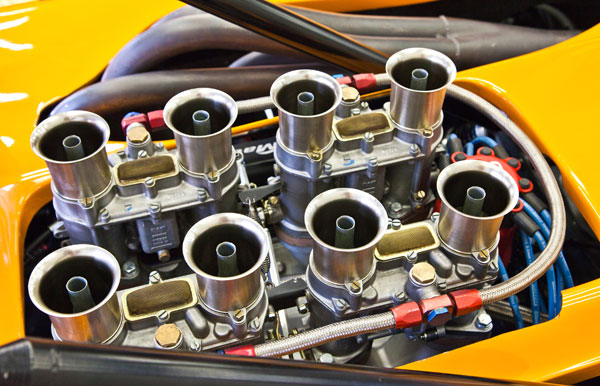 Improvements in corporate profitability saw the Dubai and Abu Dhabi stock markets post the highest gains in the first half of 2013. The UAE has become a safe haven for a region that three years after the onset of the Arab Spring is still beset with social and political unrest.

The ongoing political unrest in Egypt, the stalemate in Tunisia, the civil war in Syria and its impact on bordering Lebanon and Jordan have weakened the region’s economy. The result is that the Middle East and North Africa (MENA), a gigantic area that includes nearly 20 countries and a population of at least 400 million, will experience lower rates of economic growth this year and worsening fiscal and external balances, according to a World Bank report.

In 2013 the Dow Jones MENA Broad Stock Market Index, which measures the stock performance of actively traded large-caps and mid-caps, rose by 20%, but stock markets in MENA experienced a mixed performance. At opposite ends: The Dubai Financial Market General Index almost doubled in value in 2013, but the Algerian equity market index, SGBV, lost nearly 17% in the same period.

All the GCC countries—Bahrain, Kuwait, Oman, Qatar, Saudi Arabia and the UAE—saw their indexes grow by double digits in 2013. The Bahrain Bourse All Share Index saw the lowest increase, rising by 17%. Fueled by an upgrade effective in May 2014 to the status of emerging markets by global index compiler MSCI, as well as expectations of a potential merger between the two UAE exchanges, Dubai and Abu Dhabi were the GCC stock markets that grew the most.

“We expect to see the GCC equity markets steadily continue their positive momentum in 2014,” says Patrick Delivanis, head of investment banking, MENA, for Morgan Stanley. “The drivers for this [continued positive momentum] include potentially greater international institutional investor interest due to the upcoming MSCI upgrade in certain markets, as well as the further opening of these markets to those same investors.” MSCI equity indexes are tracked by investors with approximately $7 trillion in assets.

“Certainly, the GCC markets have decoupled from other structurally stressed markets within the emerging markets universe, and we expect this trend to continue,” Delivanis added.

During 2013 and at the start of 2014, investments in Dubai and Abu Dhabi were fueled by the political uncertainty in the broader Middle East area.

“The UAE really sets itself apart from the rest of the region because it has much more developed markets than those of other countries in the Middle East. For its political stability, its demonstrated neutrality, the infrastructure that it offers, its transparency and its connectivity to other countries, the UAE really provides a business hub for the region,” says Jahangir Aka, managing director of SEI Middle East in Dubai. SEI is a provider of outsourced asset management, investment processing and investment operations.

Heavily hit by the financial crisis in 2009, the Dubai market seems to have finally found its mojo again, and investors expect it to keep rising, supported by exuberant real estate prices, although some are worried about the possibility of another bubble.

“It took more than five years since the financial crisis for investors to regain confidence in the UAE markets” says Tariq Qaqish, head of asset management at Al Mal Capital in Dubai. Qaqish sees upward potential, mainly for banks and real estate stocks.

“In 2013 investors should focus on stock picking, looking at companies with strong growth potential in their core business rather than buying randomly, but in general we remain positive on the overall outlook,” says Qaqish, who oversees assets worth $200 million. He foreshadows an increase in the Dubai stock market’s liquidity with at least four new IPOs expected to come to market in 2014 and a strong expansion in project financing, linked to building ahead of the World Expo 2020 in Dubai.

With companies like Dubai’s Damac Properties and Abu Dhabi-based healthcare firms Al Noor Hospitals and NMC Healthcare snubbing the local market for more-developed, more-liquid stock markets such as the London Stock Exchange, all eyes are now on newcomers. Additional liquidity is considered vital to keep alive the positive momentum.

“We believe that 2014 will see the return of a healthier and buoyant regional IPO market. We suspect potential IPO candidates may be a mix of government-related entities as well as IPOs of some larger, marquee regional companies or regional family businesses” said Morgan Stanley’s Delivanis.

“Some of these companies are also looking at potential dual regional listings, whereas previously they might have focused solely on listing somewhere like London, so you can interpret this trend as a vote of confidence in the regional market,” adds Delivanis, who has worked in the region since 2007.

A flagship project, the World Expo 2020 in Dubai is likely to fuel economic and market growth. “Expo-related investments are in the region of $8 billion, which is tiny in comparison to the $100 billion in infrastructure investment planned across the UAE in the next five years,” says Aka.

FDI into the UAE tripled from 2009 to 2013, to around $12 billion. In 2014, FDI is expected to reach $14 billion. The UAE is by far the largest recipient of FDI in the region, with net FDI levels remaining well below pre–Arab Spring inflows. There was a decrease in net FDI inflows into Tunisia and Egypt, which fell by 14.5% as a result of the political turmoil.

As many governments renew their investment programs, especially in countries such as Saudi Arabia, Qatar and the UAE, it is likely that project financing will continue to expand. Morgan Stanley expects to see a number of new financial and project sponsors and lenders continue to enter the market, especially from Asia.

In GCC countries, the main motor for economic growth often comes from high levels of public spending. Qatar, whose economy is expected to grow by 5% this year and next, is seen as the region’s rising star. According to William Jackson, emerging markets economist at Capital Economics in London, the government’s ambitious investment program will help make Qatar—a small country with a population of approximately 2.1 million, of which 250,000 are local citizens—the region’s fastest-growing economy.

Al Mal Capital’s Qaqish says economic growth in Qatar will be fueled mainly by government spending on infrastructure—some of which is already under way—ahead of the soccer World Cup in 2022. The Qatari stock market, which was also upgraded to emerging market status by MSCI, has a capitalization of approximately $150 billion and is expected to expand in liquidity this year, with a number of potential IPOs in the cards.

The GCC’s largest economy, Saudi Arabia, also offers promising growth prospects, with GDP predicted to expand by 3.5% in 2014. “We remain positive on the kingdom’s ability to maintain its growth momentum going forward,” says Delivanis. “Positive economic initiatives, such as the new mortgage law and other government stimulus policies, will spur the growth of new, inward investment and overall economic activity. Overall, we believe the Saudi market will be a beacon of growth not only in the Middle East but in the wider global context as well.”

Saudi Arabia’s stock market, which is the Arab world’s largest, climbed 25% in 2013, but it is not yet open to international capital flows. Saudi Arabia is expected to soon grant non-Persian Gulf investors permission to buy Saudi shares, but a date has not yet been set.

Outside of the Gulf caution is a must, investors say. “I like [the projects] going on in Iraq,” says SEI’s Aka. “I like the Egypt and Tunisia story too over the medium term. They have large populations, resources and history. As soon as they gain some political stability, there will be a flow of FDI to support their economic growth. These are the markets to watch with a three-year horizon.”